Los Angeles County authorities have ordered evacuations in a small Malibu community within a wildfire burn zone where a mudslide has blocked roads amid heavy rains.

Sheriff’s Deputy Joana Warren says residents of several homes were ordered to leave as streets filled with mud, ash and debris during a downpour. She says no injuries are reported.

The storm has knocked out power and flooded roadways across Southern California.

Residents below wildfire burn scars and near creeks and streams are advised to be alert until the wet weather moves through Thursday night.

Mud and debris flowed onto Kanan-Dume Road in an area burned by the Woolsey Fire in Malibu, California on Thursday. Mudslides prompted a small evacuation in the burn area 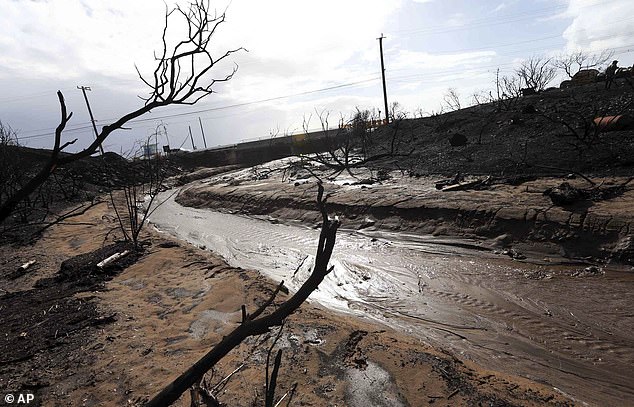 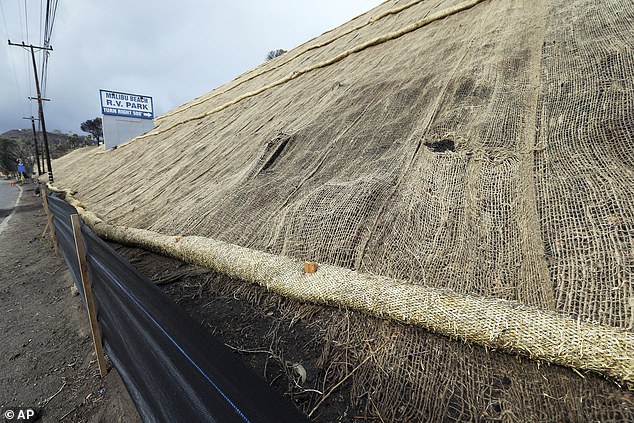 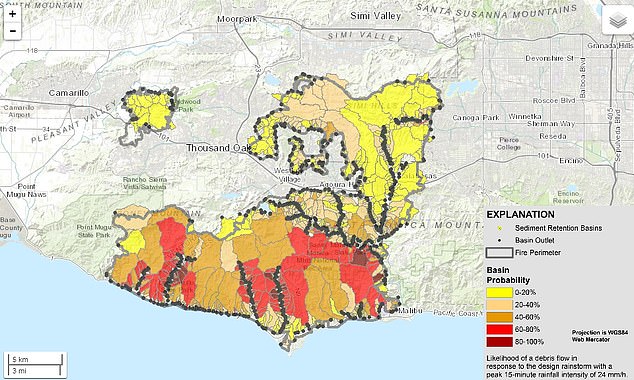 A mandatory evacuation remains ordered for Trabuco Canyon in the Santa Ana Mountains, where a wildfire burned earlier this year.

CA WILDFIRES BY THE NUMBERS

Rainfall rates in the area reached a half-inch (127 millimeters) or greater in an hour.

In Northern California, a heavy downpour on Thursday also prompted road closures and evacuations in a wildfire-scarred area devastated by the Camp Fire.

Firmware engineer Dale Word of Chico was forced to evacuate his home for the second time this month.

Word said he waded out in thigh-high water until the rain receded enough for him to return. He said the water-related evacuation of a dozen homes in his neighborhood was brief.

Rick Carhart, a spokesman with the California Department of Forestry and Fire Protection, said that roads in Chico that had flooded during afternoon thunderstorms were receding by late afternoon. 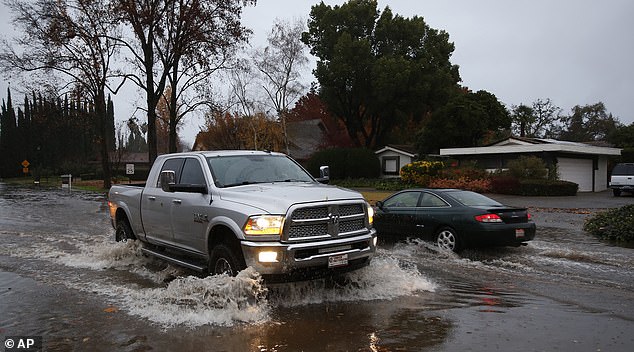 About 50 vehicles were briefly stranded above flooded areas but drivers were able to safely drive their cars out of the area once the water went down.

He said the Honey Run Road area of Chico ‘is not seeing flooded roads now like before’ and was cleared of water.

He said during flash floods earlier in the day, a Swift water rescue team used boats to evacuate people from three homes on nearby Horse Run Lane.

About 50 vehicles were briefly stopped on roads above flooded areas but allowed to continue once flooded roads were reopened and the water cleared, he said.

He said a flash flood warning was still in effect until the evening.