Robert Mueller and President Trump actually got on behind the scenes, with the special counsel’s office even notifying the White House ‘in code’ of errors in press reports, it has been claimed.

John Dowd, Trump’s former lawyer, said that Mueller knew Trump would trash him publicly but away from the cameras the atmosphere was more amicable.

He even claimed that as Mueller’s office rarely made public statements, that a member of his team would tip Dowd off when a detail in the press was incorrect.

Throughout the near two-year investigation, Trump regularly referred to the probe as a hoax and a witch hunt.

But Dowd, who was a former state department attorney, said that there was a ‘high level of co-operation’ between Trump and Mueller.

In a podcast interview with Byron York of the Washington Examiner, Dowd said Mueller ‘was a big boy about the political side’ of Trump’s public criticisms of his investigation. 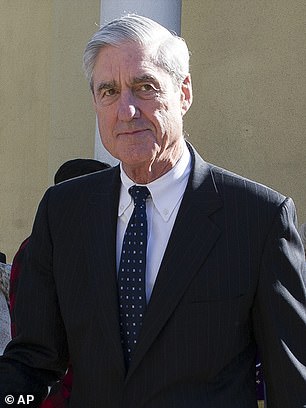 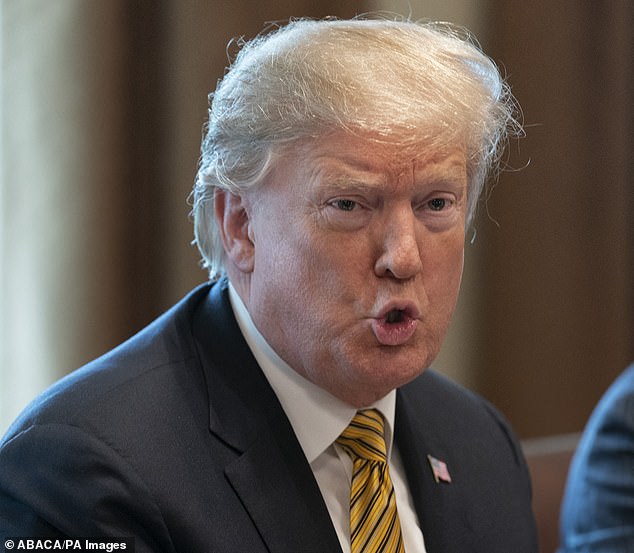 Dowd said: ‘All this, what I call mainstream knee-jerk theories, these wild theories that he [Trump] was really trying to get rid of Bob, that was nonsense.

‘He [Mueller] understood the president had to address the politics of it. He couldn’t just say nothing because people were pounding him about this thing every day, both privately and publicly, so he had to take it on and his view was that it was a nothing. It was a waste of time and a waste of money.’

Trump said he has the constitutional authority to fire anyone in his administration at any time for any reason.

His lawyers were worried that an on-the-record interview would be a minefield for the president who often makes mistakes when he claims to be presenting facts.

Last November Trump submitted written answers to questions from Mueller in lieu of facing an in-person interview in which he could get caught in verbal traps.

Trump submitted written answers to ‘limited’ questions from the Department of Justice’s investigation on the topic of collusion while refusing to entertain anything that delved into alleged obstruction of justice.

Describing a conversation in the summer of 2017, Dowd claimed Mueller got all the co-operation from witnesses and was handed every document his office requested. 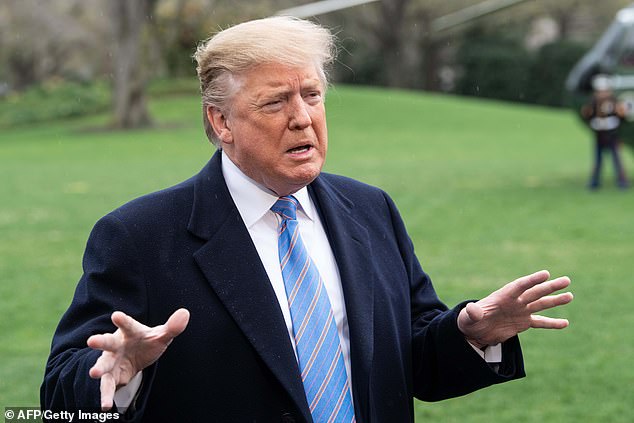 Donald Trump departing the White House California for a visit to the US-Mexico border, and to Nevada today 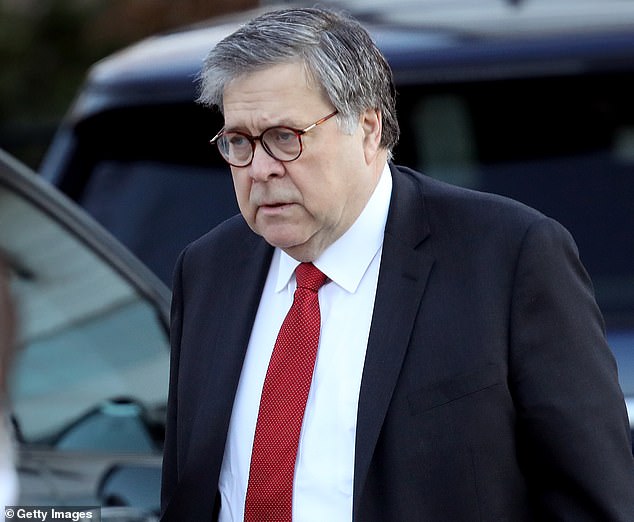 Barr defended his decision to delay the release of special counsel Robert Mueller’s report on the Russia, saying it contains ‘sensitive grand jury material’ that prevented it from being immediately made public

He said: ‘Early on, when the president started teeing off on Mueller, Mueller indicated to me that he was worried that some people might not co-operate and I said, ”well, we’ve encouraged everyone to co-operate and if you want me to say something publicly about that, and the president, we’re happy to do it”, and we did.’

Dowd also told how he would meet with Mueller’s deputy, James Quarles, who would signal to him when something was not correct in the media.

He added: ‘So I had to go by this office to drop something off, and we met outside and he said – in code – don’t believe everything you read in the papers.

Attorney General William Barr has delayed the release of the special counsel’s full 400-page report on the Russia investigation which found no evidence the president was involved in collusion.

Barr said the confidential document contains ‘sensitive grand jury material’ that prevented it from being immediately released to the public.

The attorney general also said the special investigation could not find enough evidence ‘to establish that the president committed an obstruction-of-justice offense.’

Democrats have called for the report to be made public, with Congresswoman Maxine Waters calling for Trump to be impeached.