Mugged just for suffering the cruellest of diseases: SARAH VINE on people affected by dementia

Of all the diseases of old age, dementia is perhaps the cruellest.

And for whatever reason — longevity, lifestyle, pollution, genes, we don’t really know — more and more people are facing the spectre of terminal cognitive decline.

In the UK, there are currently around 850,000 people suffering from dementia in one form or another.

By 2025, they will number more than a million. One person develops the disease every three minutes. It’s heartbreaking.

But what’s even more distressing is the way those with dementia —and the relatives who inevitably care for them — are treated.

Second-class citizens doesn’t quite cover it. Cattle class, more like.

This week the plight of sufferers was brought into sharp relief by research from the Alzheimer’s Society, showing that individuals diagnosed with this illness face a ‘dementia premium’ on their care home costs.

This alone would be bad enough. But if you consider the fact dementia patients are expected to pay for their own care — unlike, say, someone suffering from heart disease, diabetes or cancer — and the whole sorry situation adds up to a cruel kick in the dentures.

Especially when you also consider that even with the average house price in the UK being around £220,000, selling a treasured family home — one that you have laboured a lifetime for — isn’t going to buy more than a few years of respite.

As if suffering from one of the cruellest diseases known to mankind wasn’t bad enough; as if being robbed of your mind wasn’t humiliation enough, we’ll also make you sell your home to pay for it.

And then charge you through the nose for the privilege.

Surely I cannot be alone in feeling furious at the injustice of it all. These are some of the most vulnerable people in our society.

Yet they are effectively being mugged, on a daily basis and in plain sight — and no one seems to care.

Certainly not the self-appointed social justice campaigners of Twitter, or the virtue-signalling luvvies of stage and screen.

Not the politicians, more interested in arguing over power than worrying about people who might not be around come the next election, or the BBC, too busy espousing more fashionable causes such as Black History Month or #metoo.

Adding insult to injury is the fact that, unlike so many of those who place intolerable pressure on the system, dementia sufferers are, by the very nature of their advanced years, one of the few groups of people who have actually contributed to the NHS materially.

Through a lifetime of taxation and National Insurance contributions, they have paid their dues.

Only to be told, in their time of need: sorry, there’s none left. And all because they happen to be suffering from the wrong disease.

What bitter irony for sufferers and their families to watch, powerless, as the Government extends costly treatment to the world and his wife (sometimes literally) while refusing to provide vital assistance to those who have supported it the most.

I’m not arguing that dementia patients should have special treatment. Merely that they should be treated like any other group of people suffering from a major life-changing condition. On the NHS.

The very least they deserve is freedom from the stress of financial worry.

To be allowed to spend what little quality of life they have left in the comfort of familiar surroundings, in their own homes, not in the hands of strangers in institutions who see them not as people — parents, partners, loved ones — but as cash cows.

Naked truth about those glossy shots

I must confess to deriving indecent amounts of pleasure from the latest batch of Kate Moss pictures.

How thoroughly heartening to discover that Moss, 44, one of the highest-paid models on the planet, looks perfectly bog-standard in a real-life, no-filter, no-Photoshop bikini scenario.

As mothers, we should all show those snaps to our daughters as proof that the perfection they all aspire to — and which twists their notion of self — is nothing more than a glossy illusion. 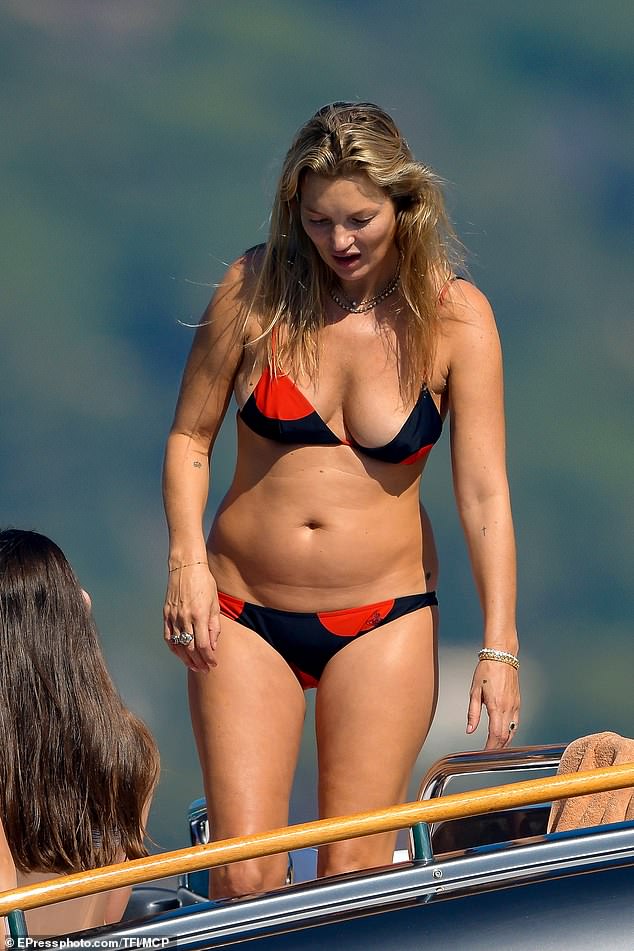 Feminists let own side down

One of the unarguable pillars of modern feminist creed is that women scientists face discrimination.

Challenge that notion — as an Italian physicist, Professor Alessandro Strumia, did during a speech at nuclear research organisation CERN — and you risk losing your reputation and livelihood.

Prof Strumia, who dared to question the idea of male dominance in science in front of a room of female physicists, saying physics was ‘becoming sexist towards men’, has now been suspended from CERN.

Is he factually wrong? I don’t know, I wasn’t at the lecture. But the idea that the topic can’t even be discussed without everyone reaching for the smelling salts certainly is.

If you don’t like what the man is saying, by all means challenge him as an equal on intellectual grounds. But don’t resort to foot-stomping and emotional blackmail. It really lets the side down.

As the Tories pack up conference for another year, one pressing political question remains unanswered. What’s the point?

Of conferences, I mean.

Let’s face it, no good ever comes of squashing most of Westminster into an area barely the size of a football pitch, inviting in the Press — and then injecting the whole sweaty mess with gallons of warm white wine and indigestible canapes.

I speak as someone who has attended a fair few party conferences in her day.

But lately I’ve stopped going. And it’s not because I don’t want to be supportive.

It’s more because I value my sanity too much to get caught up in something that frankly serves almost no useful purpose other than to provide a platform for chancers, lunatics and egomaniacs.

And yet, year after year, back they all go. It’s like some sort of primordial political mating ritual, stitched into the DNA of the party faithful.

But what no one seems to quite realise is that the time has come to evolve.

The next general election will be won or lost on the online battlefield. Not in the foyer of the Hyatt Regency in Birmingham. 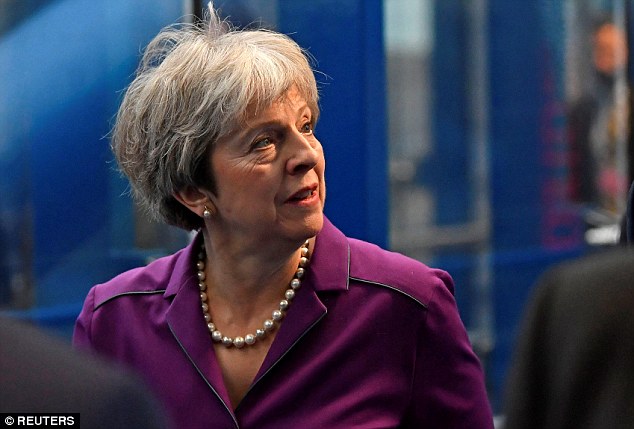 As the Tories pack up conference for another year, one pressing political question remains unanswered. What’s the point?

What fresh hell is this? A chef called Skye Gyngell is ‘curating’ a new range of meal kits designed not to tempt the palate — but to please the Instagram-hungry eye. In other words, food that’s designed for everything except eating.

I don’t mean to be a grouch, but we already waste 10 million tonnes of perfectly edible food a year in this country. How is this going to help?

Esther McVey, the Work and Pensions Secretary, is precisely the sort of person the Labour Party ought to love.

A child of working-class parents, she spent two years in a Barnardo’s home before defying the odds to get to university and going on to become a member of Parliament.

And yet, as far as John McDonnell — the man who would be Chancellor were Jeremy Corbyn ever elected — is concerned, she is a fair target for calls to ‘be lynched’, a jibe he has since refused to apologise for.

When will all those starry-eyed Corbynistas wake up and smell the coffee: their party is not just filled with anti-Semites but with sexist bigots who despise anyone who demonstrates an iota of aspiration. 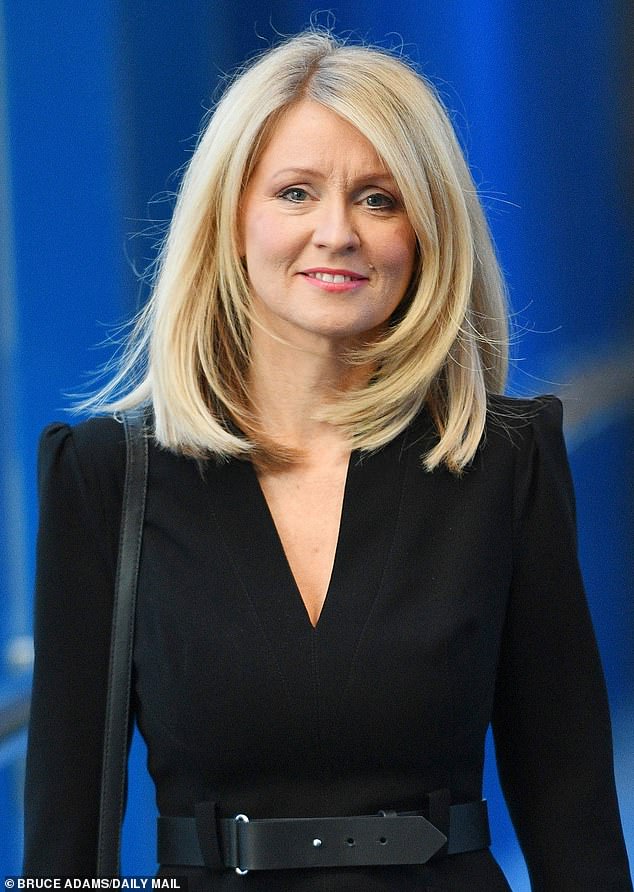 Esther McVey, the Work and Pensions Secretary, is precisely the sort of person the Labour Party ought to love

As the mother of a 14-year-old boy, I am somewhat transfixed by the latest photographs of Liz Hurley and her son, 16-year-old Damian.

I get that they have a special bond — I certainly have one with mine. But I’m not sure it would ever extend to posing for pictures with my head in his lap, or shimmying up next to him in a mini-dress.

Ours is more of a ‘Mum, where’s my football kit’ kind of relationship. Still, I guess every family’s different.