Multi-millionaire, 50, tries to get his mother, 75, sent to jail in row over £10m caravan empire

A multi-millionaire businessman is trying to get his own 75-year-old mum jailed in ‘an increasingly bitter’ £10m family feud over their caravan empire.

Michael Loveridge and his parents are wrestling for control of a ‘solvent, highly profitable and cash-rich’ chain of caravan parks and a caravan sales business based in Bewdley, Worcestershire, and worth millions.

A bitter schism has grown up between Michael, 50, and his mum Ivy and 78-year-old dad Alldey in the power struggle over the empire.

Michael was handed control over the family’s caravan parks in two court orders that could also see his parents sent to jail if they interfere.

He is now accusing his parents of ‘unseemly episodes of shouting and bullying of staff’ and ‘unseemly behaviour’ which his legal team argues is in breach of the court orders.

Michael’s lawyers told the preliminary court hearing that sending his mother to prison may be the only way to prevent his parents from causing ‘irremediable damage to the companies’ and that he doesn’t know what else to do.

Michael Loveridge, 50, pictured here with his wife Suehelen, is asking a court to commit his 75-year-old mother, right, to prison for behaviour he says is in breach of a court order 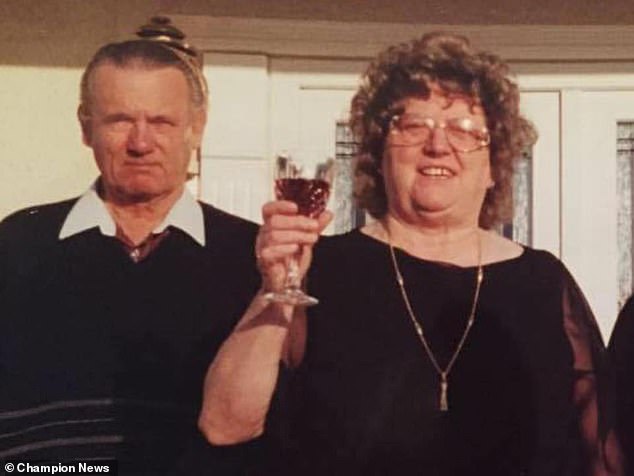 Ivy, 75, and Alldey, 78, deny they have breached the court orders and are fighting to get control of the caravan companies back after Michael was granted control in two court orders this year

It is not clear at this stage why Michael has asked the courts to jail his mother and not his father as the court battle is in the preliminary stages.

The 50-year-old says he has spent his life building the business up from ‘modest’ beginnings and doing all the ‘important’ work in growing the family fortunes over the last 20 years.

But despite Michael’s claims, Ivy and Alldey remain majority shareholders in some of the most valuable of the family businesses and held the reins of power until Michael took his parents to court earlier this year.

In April and May, Michael obtained court orders granting him effective control of the family business partnership and five family companies which banned his parents from ‘interference’ in the partnership or the companies.

He and his parents have since fallen out so badly that he is now ‘applying to commit his mother to prison’ for allegedly breaching one of those court orders, which, among other things, banned his parents from ‘interfering’ in the business partnership.

Explaining Michael’s bid to commit them to prison, his lawyer Brian Averill told the court Michael fears that unless prevented Ivy and Alldey could cause ‘irremediable damage to the companies’.

Now Michael’s lawyers have told the Court of Appeal that his mum and dad for their part are fighting to get control of the companies back and ‘are so far anti-Michael that they would do anything to destroy him.’

The Appeal Court heard that the Loveridge family run a number of static caravan – or ‘park home’ – sites based in Worcestershire, including the Riverside Caravan Park, in Bewdley, near Kidderminster, where Ivy and Alldey live. 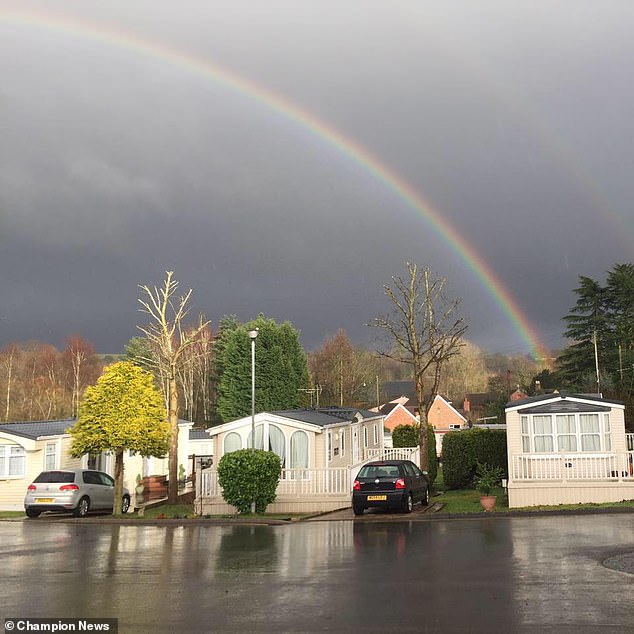 The Riverside Caravan Park in Bewdley, Worcs, at the centre of a bitter family court battle

Michael is a director of several of the family companies involved in the fight, one of which controls £5m worth of assets and another of which has almost £5m more in capital, according to Companies House.

But his parents are majority shareholders in most of the companies, which, until earlier this year, gave them control over the empire.

In April and May this year at the High Court in Birmingham, Judge Patrick McCahill QC granted orders in relation to the business partnership and the five companies.

The companies order also restrained Ivy and Alldey from making any move to remove Michael as a director of any of the companies or from attempting to reclaim money from him by way of a statuary demand on behalf of Bewdley Caravan Sales Ltd.

Lawyers for Michael told the court that before the court orders were issued his parents had made ‘efforts to make him bankrupt’.

Penal notices were attached to both orders, meaning Ivy and Alldey could face jail if they are proved to have breached them.

The parents are now bringing appeals against both the orders, claiming they have been unfairly ‘ousted’ and are being ‘wrongfully kept out of control’ of the businesses, which ‘represent their life work.’ 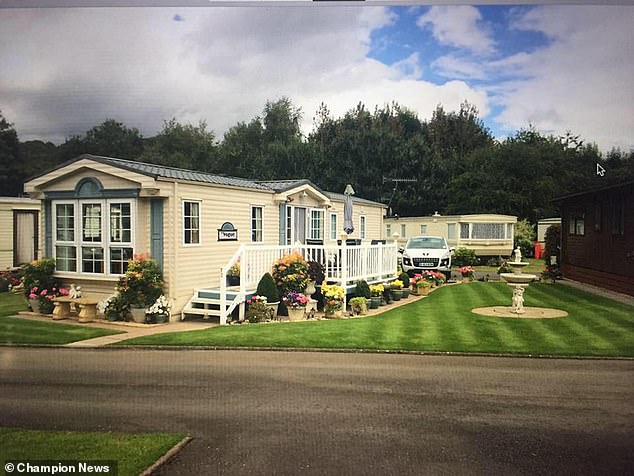 Michael Loveridge is a director of several of the family companies which are worth millions and are involved in a bitter court battle. The caravan empire is based in Bewdley, Worcestershire

But Michael’s lawyer Brian Averill told the Appeal Court in a preliminary hearing that Michael says he has ‘legitimate expectations for sole management’ of the family caravan empire.

He claims his work has set up not only his parents but his siblings for life and that only ‘filial loyalty’ led to him allowing his parents to keep on being directors of the companies over the decades.

He also told Lady Justice Carr that relations between parents and son have got so bad that Michael is now bringing ‘an application to have his 75-year-old mother sent to prison’ for contempt of court for allegedly breaching the order he obtained in partnership proceedings.

Court orders issued in April and May handed Michael control of the everyday running of the partnership and these companies:

‘Michael, with tremendous misgiving and great upset, is applying to commit his mother to prison, but he doesn’t know what else to do,’ he told the court.

‘From beginning when Ivy and Alldey had a modest caravan park, Michael built up a caravan sales business, and then…coordinated and took over the expansion of the caravan parks, buying and financing parks, and developing them into the valuable business it now is.

‘Michael did all the important work required since a young age commencing in about 1990, particularly for the last 20 years, to the exclusion of his parents save that Ivy kept the cheque books.’

Lance Ashworth QC, for the parents, denied those claims, telling the judge: ‘It is important to emphasise that contrary to the assertions, there is no proven or admitted ‘history of extremely troublesome behaviour from the individual respondents to this petition, merely assertions of incidents, where who the alleged culprit was is a matter of dispute.

‘Nor is there any evidence whatever that Ivy or Alldey have been involved in any wrongdoing since the company injunction was granted.’

‘Michael seeks to increase the pressure any way he can,’ he added.

He told the judge the parents are ‘wrongly being kept out of control’ of their businesses, adding that the order made in relation to the companies ‘is of draconian effect’.

‘Any litigation causes stress. Interim injunctions that have the effect of ousting people from control of businesses they have built up over a lifetime even more so,’ he said.

Making a ruling that the hearing of Ivy and Alldey’s appeals against the orders should be ‘expedited’ – heard as quickly as possible – Lady Justice Carr commented: ‘This is an increasingly bitter family dispute,’ adding that the case is ‘hotly contested’ on both sides.

The case will return now for a full hearing later this year.