Mother and two children, three and five, who sparked a massive police search after getting lost during a bush walk are found

A mother and her two young children have been found safe and sound after getting lost during an afternoon bush walk.

The woman and her children, a three-year-old and a five-year-old, were found in the Jarrahwood State Forest, in Western Australia, on Sunday at 1am.

They had been camping over the weekend and went for a walk at 12pm on Saturday but never returned.

A mother and her two young children have been found safe and sound after getting lost on an afternoon bush walk (pictured: emergency services searching the area at an incident earlier in the year)

A family member who was at the camp site searched for the trio before notifying police they were missing at 6pm.

The woman and her two children were unhurt, but received medical attention from St John’s Ambulance as they were dehydrated and fatigued.

‘Even highly experienced bushwalkers who are familiar with the area they are in can experience unexpected trouble so we recommend anyone planning camping or bushwalking activities consider just how important a Personal Locator Beacon can be for them,’ he said.

‘The beacon would not only alert authorities to the situation, but provide the exact coordinates of where the missing stranded people are– which means the time taken to rescue them is a lot less.’ 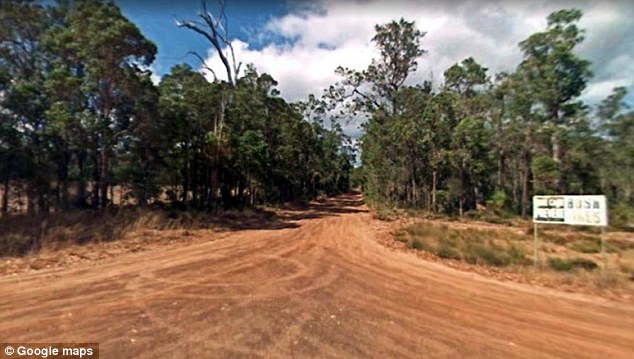 The woman and her children, a three-year-old and a five-year-old, were found in the Jarrahwood State Forest (pictured), Western Australia, on Sunday morning at about 1am