A first-time mother who was amazed when she lost two stone of baby weight in a week was shocked to discover it was caused by bowel cancer – which has led to her vagina, colon and rectum being removed.

Caroline Dick initially thought she was just ‘lucky’ and had no idea her pregnancy was masking the disease, which is now incurable.

Despite having a normal pregnancy and gaining weight throughout with Maxx, now three, the 42-year-old had noticed her arms and legs getting thinner – but didn’t dwell on it.

Then after he was born and her weight loss continued, she put the pain in her coccyx, tiredness and blood in her stools she was experiencing down to having just had a baby.

It was only when her son was almost a year old that tests showed she had stage four bowel cancer.

Caroline Dick, from West Lothian, Scotland, pictured with her son Maxx, shed two stone in a week after giving birth 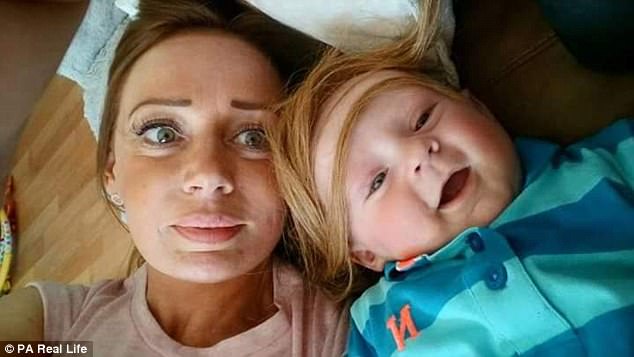 She had no idea her pregnancy was masking the disease, which is now incurable

Ms Dick, from Uphall, West Lothian, Scotland, said the diagnosis, in December 2015, has turned her world upside down.

She said: ‘It’s been really difficult and the stress of everything led to the breakdown of my relationship with Maxx’s dad.

‘I’ve had to take ill health retirement from my job as a carer at residential care home for adults with learning disabilities. It’s changed everything. We live life at a completely different pace now.’

‘I’d always seen it as an older person’s disease’

When Maxx was born on January 2015 weighing 6lb 5oz, after a three-hour-long labour, it was a happy occasion for his delighted parents.

Despite her rapid weight loss and other symptoms, Ms Dick’s GP did not see any cause for concern and told her her tiredness was anaemia.

She said: ‘I also had pain in my coccyx and blood in my stools, but my GP put it down to piles – they were all perfectly normal things that happen to women after they give birth.’ 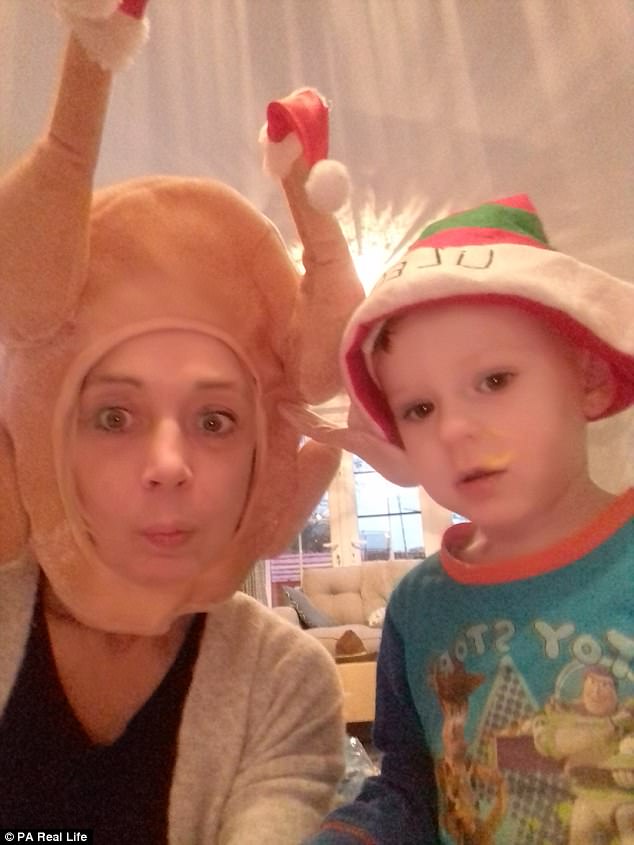 The symptoms of bowel cancer can be subtle and don’t necessarily make you feel ill. However, it’s worth trying simple treatments for a short time to see if they get better.

More than 90% of people with bowel cancer have one of the following combinations of symptoms:

Bowel cancer, also known as colorectal or colon cancer, is the third most common cancer worldwide, with around 1.4 million new cases diagnosed each year. In the UK 41,000 people are diagnosed with bowel cancer each year.

Despite taking iron tablets, she felt no better and returned to her GP for a second time, when Maxx was eight months old, when she was referred to Western General hospital in Edinburgh for a colonoscopy.

While waiting for her appointment, her pain intensified, so she went to her doctor’s for a third time, and he pushed for her to be seen urgently.

She was sent for a colonoscopy on November 29 and it was then that medics gave her the devastating news.

She said: ‘I think, by that stage, I knew it was something quite serious, but I was thinking something like irritable bowel syndrome or inflammatory bowel disorder.

‘I had no idea that all these things were because of bowel cancer. I’d always seen it as an older person’s disease.

‘I was shocked, but I knew I had to concentrate on treatment.’

In December 2015, Caroline had a three-hour-long operation at Western General hospital, to remove the large tumour on her bowel. She was also told it had spread to her lungs.

She then had eight rounds of chemotherapy, during which she luckily didn’t suffer too many side effects other than nausea but she decided to have her hair shaved for charity.

Initially, the surgery and chemotherapy seemed to have worked but a year later, she discovered that the disease had spread to her vaginal and rectal areas and she would need more surgery.

Told she would need a full hysterectomy, vaginectomy and removal of her colon and rectum, Caroline had to come to terms with the fact she would not be able to have any more children. 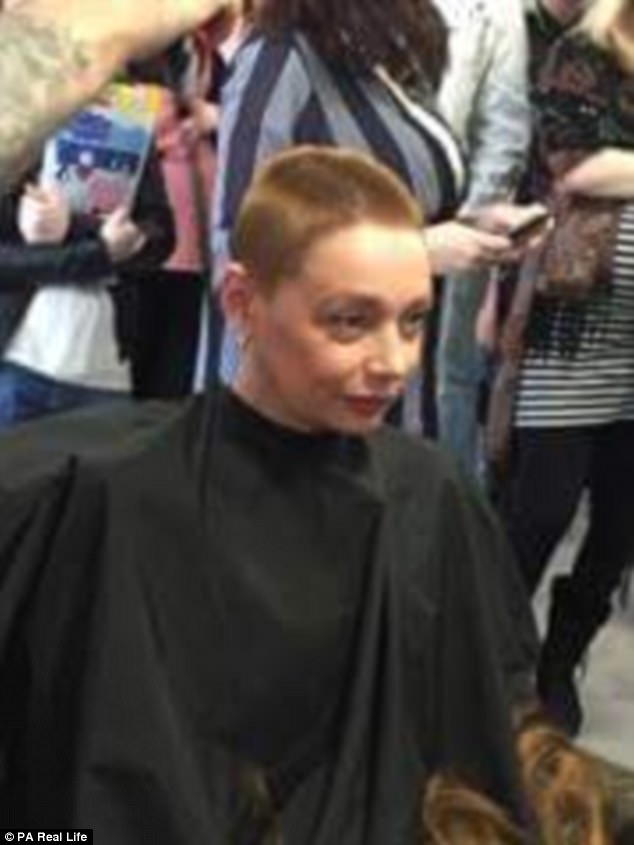 ‘An older mum, I had been trying for a second child with my then partner,’ she said. ‘I knew the radiotherapy could affect my fertility, so I had made my peace with that, but having the surgery made it very final.’

After the operation at the Royal Edinburgh Hospital in June 2017, Ms Dick hoped that further chemotherapy and surgery on her lungs would leave her cancer-free.

Instead, just weeks later doctors told her that the tumour on her lungs was too dangerous to remove and her cancer was now incurable.

She said: ‘It was heartbreaking. I still had my little boy and we had already gone through too much. 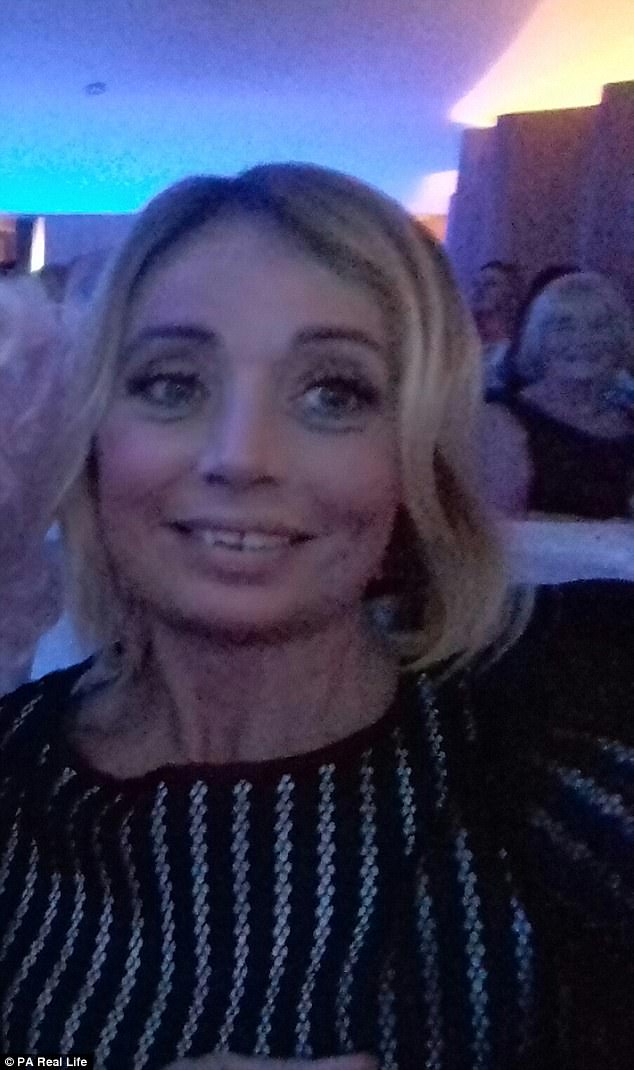 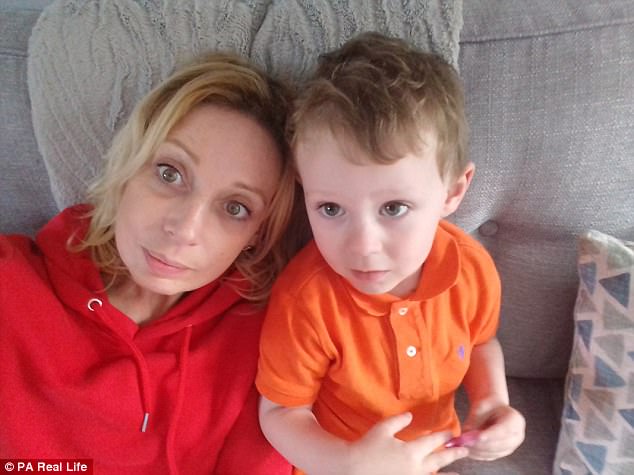 ‘They told me I would have a few years left, but all they could offer was palliative chemotherapy, to give me as long as possible.

‘Since then, I have been having chemotherapy treatment every fortnight over three days.’

Now Ms Dick is speaking out to raise awareness of bowel cancer in younger people – with 2,500 under 50s being diagnosed with the disease annually in the UK – as part of Bowel Cancer UK and Beating Bowel Cancer Never Too Young campaign.

She said: ‘I think it’s difficult for younger people, as it is much rarer to get a diagnosis under 50, but it does happen.

‘People need to be aware to the symptoms and I think doctors need to be more aware that it can happen.

‘Quite a lot of younger people are diagnosed much later, because there aren’t the same screening tests and it’s much too late.’

For more information about the charity, visit here.