Mum-of-five has four kids the SAME age every Christmas

There is no doubt Christmas is a hectic time of the year and it’s even more chaotic for one unique Queensland family-of-seven.

Mel and Pat King have five teenage children and four of them are the same age for three weeks every December – and they’re not quadruplets.

This Christmas, the Kings have a house full of four 13-year-olds and one 17-year-old, Arlia, where their two sets of twins, Paige and Dylan and Jett and Tamzyn, have birthdays just three weeks apart. 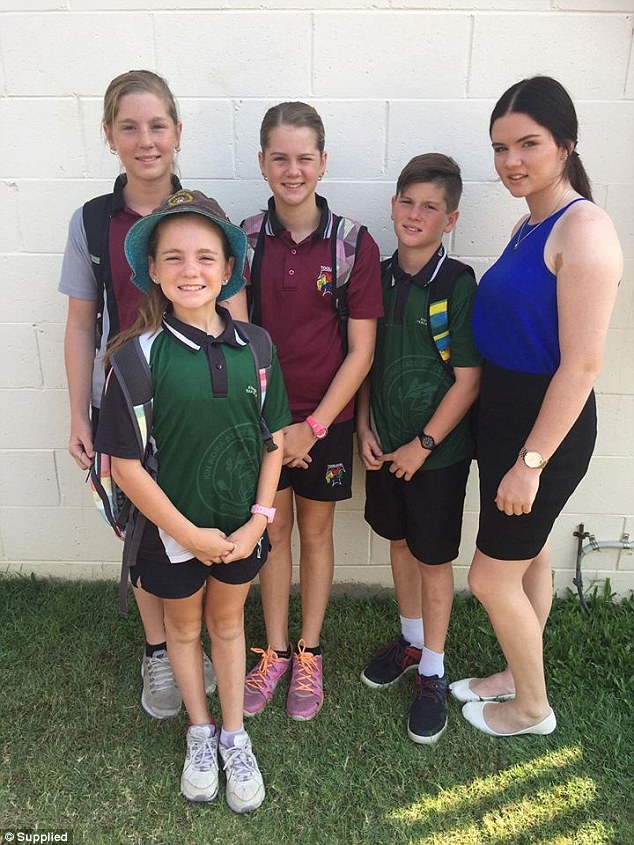 The Kings have four 13-year-olds and one 17-year-old, Arlia (far right), where two sets of twins, Paige (far left) and Dylan (second from left) and Jett (second from right) and Tamzyn (front) 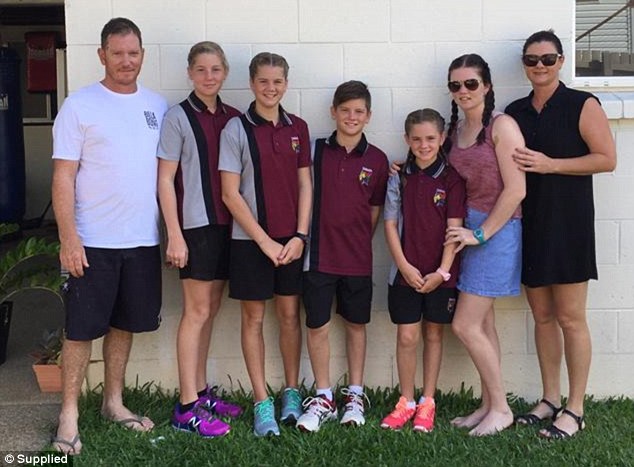 ‘We have to wrap our head back around it every year,’ Mrs King (far right) told Daily Mail Australia

‘We have to wrap our head back around it every year,’ Mrs King told Daily Mail Australia.

‘It’s busy with the presents and making sure everyone is even.

‘It gets a bit overwhelming.’

The female dominated family, with Jett being the only boy, makes for a noisy household.

‘We’ve been pretty lucky, it’s not what we planned but definitely wouldn’t change it,’ Mrs King said.

The mother-of-five said she first went into a bit of shock at the 18 week scan, not too long after she gave birth to their first set of twins. 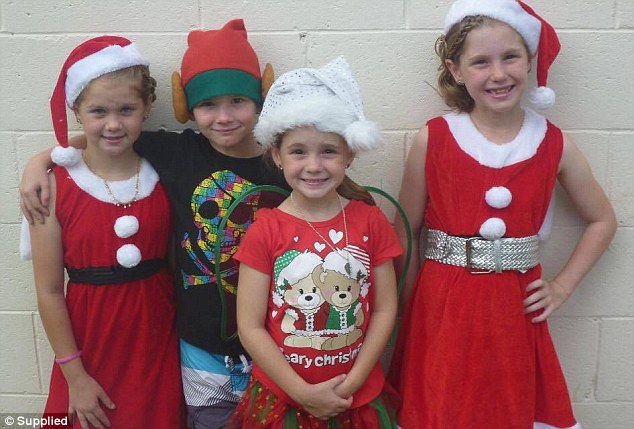 For three weeks every December, the young Queensland twins are all the same age (pictured) 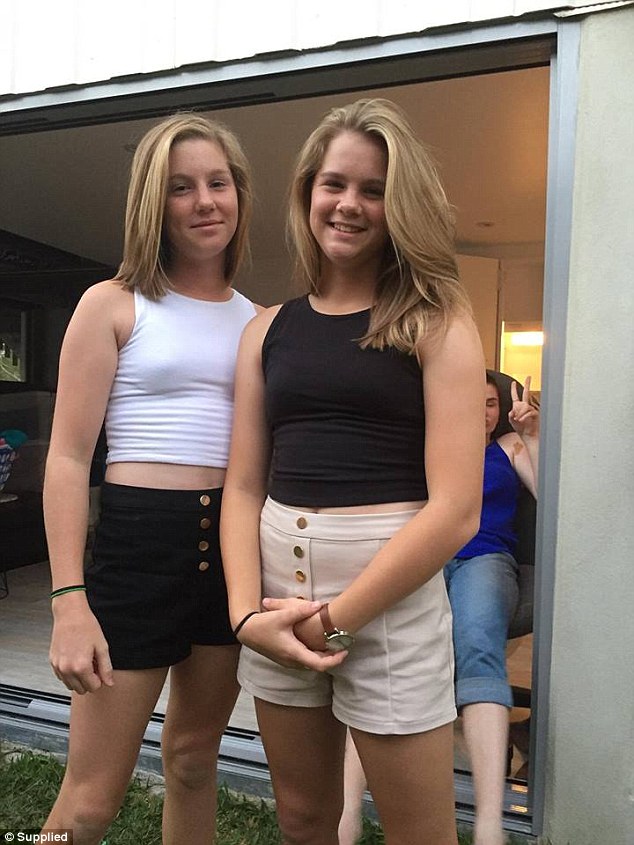 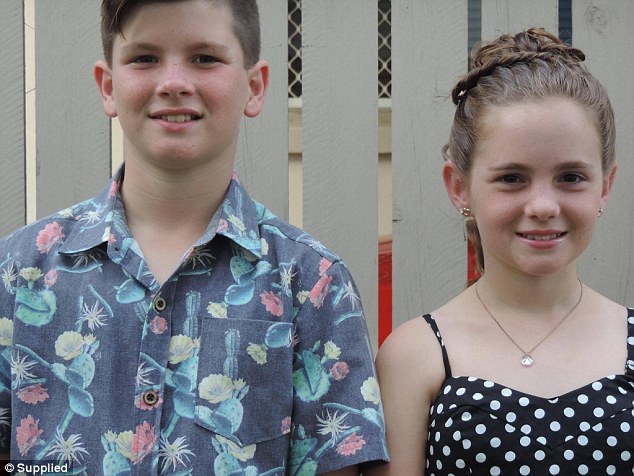 ‘People were telling me I was fat and I was starting to get a big offended,’ Mrs King said.

‘Then I went into more shock.

‘I thought I’ve just done this, how do I do it for another nine months.’

With December already being a costly month for many families, the Kings have to organise four birthdays, one on December 10 and another on December 29, for their nonidentical twins, on top of Christmas celebrations.

Using a spread sheet to keep record of gifts, Mrs King told Daily Mail Australia as their children got older, the prices of presents increased. 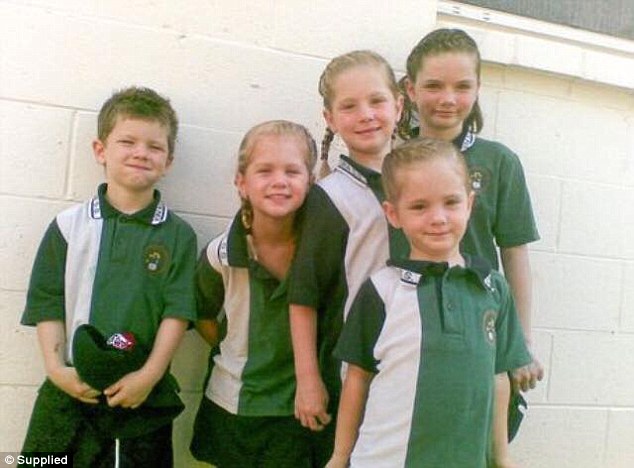 ‘People were telling me I was fat and I was starting to get a big offended,’ Mrs King said (twins pictured on their first day of school) 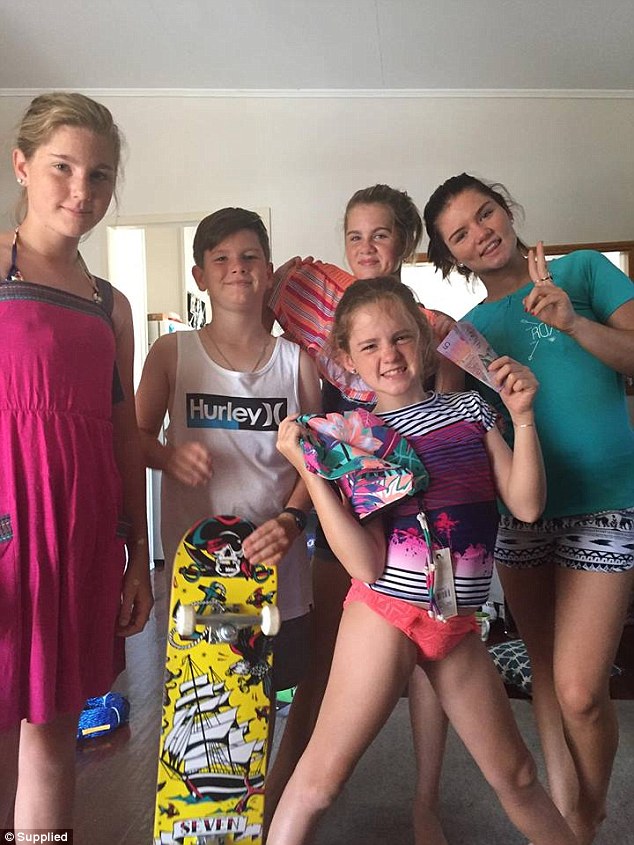 Despite all being the same age for a portion of the year, the twins are non-identical (pictured) 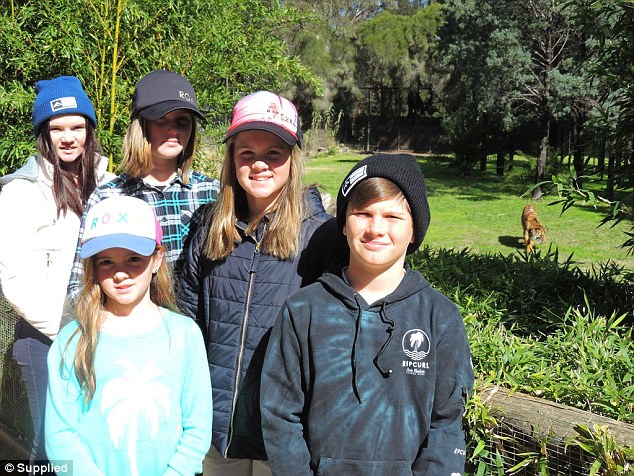 The female dominated family, with Jett being the only boy, makes for a noisy household

‘They’re certainly not spoiled and appreciate things of value.

‘They might be better off because they don’t get everything and have better manners for it and learn better traits too.’

While the siblings have their disagreements like any family, the household full of black belts are good friends who have each other’s backs at school.

‘Sporting things are really fun … the whole class is ours,’ Mrs King said.

‘They always have somebody, a constant, I would have loved that because you’re never on your own.’ 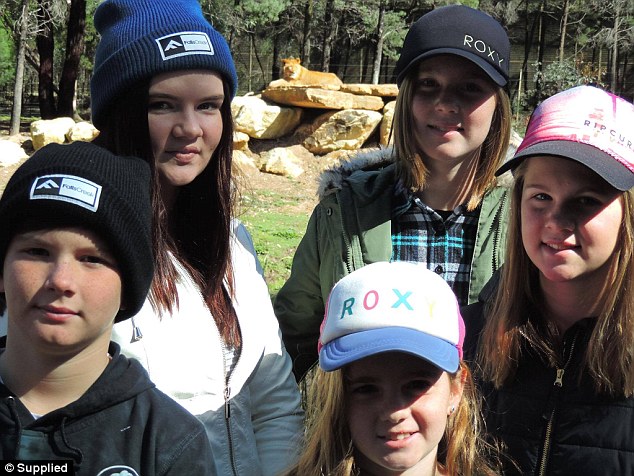 While the siblings (pictured) have their disagreements like any family, the household is full of black belts who are good friends and have each other’s backs at school 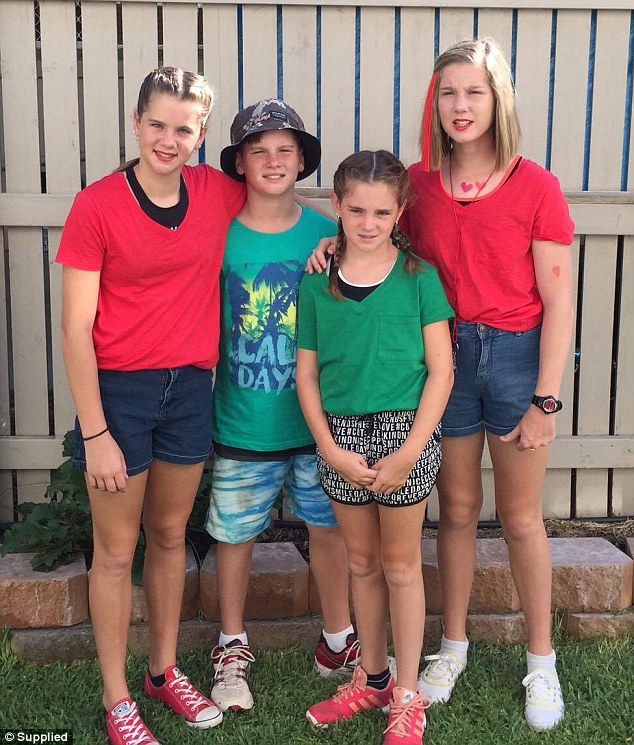 When the twins were younger, the Queensland mother said running the family was physically draining, but now they’re older, it has become mentally draining.

While Mrs King was juggling two 11-month-old crawling babies and a four-year-old, she and her husband were also looking after their two new born babies.

The busy mother said the second set of twins were good babies where they ‘sometimes forgot they were there’.

‘They had to go in a play pen because the other two would have squashed them,’ Mrs King said. 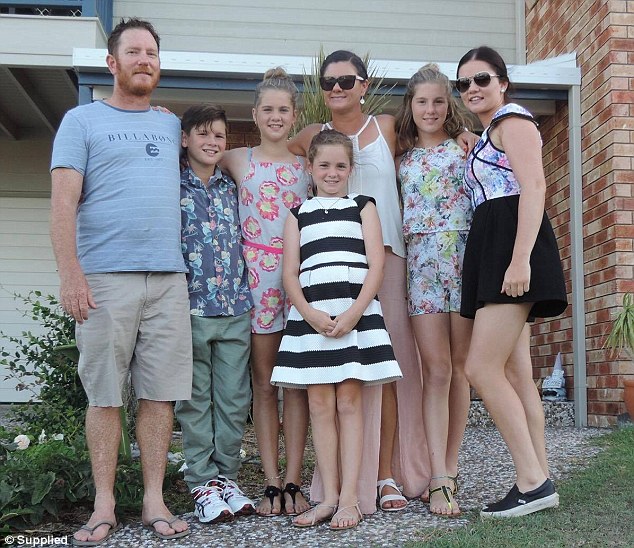 ‘We love it, it becomes your story. It makes you a bit different from everyone else,’ Mrs King said

‘They’ve thought it’s pretty cool jumping in the car with their sister, it’s made them grow up a bit,’ Mrs King added.

‘We love it … it becomes your story. It makes you a bit different from everyone else.’