The mother of a 19-year-old taunted mercilessly online for having dwarfism says the ‘world needs to be better educated’ after her son was cruelly branded a ‘freak’.

Leo is 93cm tall and weighs 20kg, which has made him a target for cruel bullies.

He lives in constant pain after one of a series of serious operations went badly wrong, with matters only made worse after he became the victim of mean taunts.

Despite this, his proud mum explains he ‘walks down the street like he’s 10ft tall’ thanks to his ‘loud, gregarious, cheeky and very social’ personality.

Ms Lagana, from Wollongong, on the NSW South Coast, said she is trying to raise awareness of Leo’s condition after he was called a ‘freak’ on social media.

‘I was mortified,’ she told 7news.com.au.

‘I think the world needs to be educated.’

‘People come up to me and say, “What’s wrong with him?” I don’t mind at all. It’s better they ask, rather than standing there and staring.’

She said her son gets frustrated with how people can treat him – such as an elderly woman who mistook him for a toddler wandering around Coles when he was 12.

Ms Lagana said Leo’s condition means he has an endless amount of aneurysms in his head and has a life expectancy of just 30. 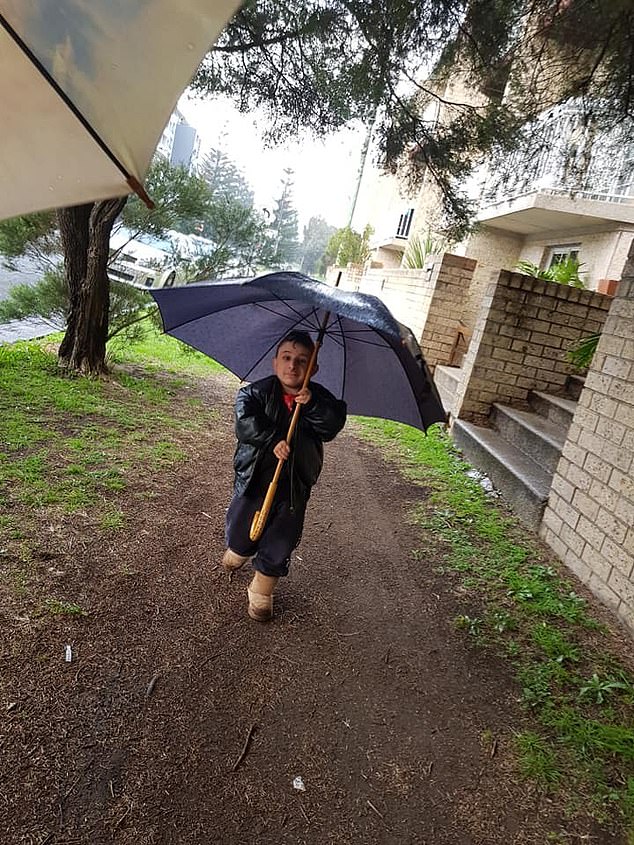 Leo (pictured) is subject to cruel taunts online, while also suffering with an endless amount of aneurysms in his head and has a life expectancy of just 30

He has had three life-saving surgeries after aneurysms erupted, but one operation went badly wrong.

In one of his surgeries his femoral artery was crushed when a robot misfired, resulting in him being unable to walk long distances.

He also has a developmental delay leaving him unable to read.

Ms Lagana said she and her husband ‘hit the jackpot’ with Leo and they have enjoyed every day with him.

Despite his problems, he loves watching Netflix and going to the cinema, and is now even a proud uncle.