A mum has revealed how she ‘gutted the clutter’ in her home in just four hours while her children were at daycare.

Joanna, an Australian mum-of-two, was impressed with her efforts to ‘turn chaos into peace’ in her home – noting the master bedroom had been used as a ‘dumping ground’.

‘Let me tell you, this was not relaxing,’ the 32-year-old said sharing pictures of her room on her blog. 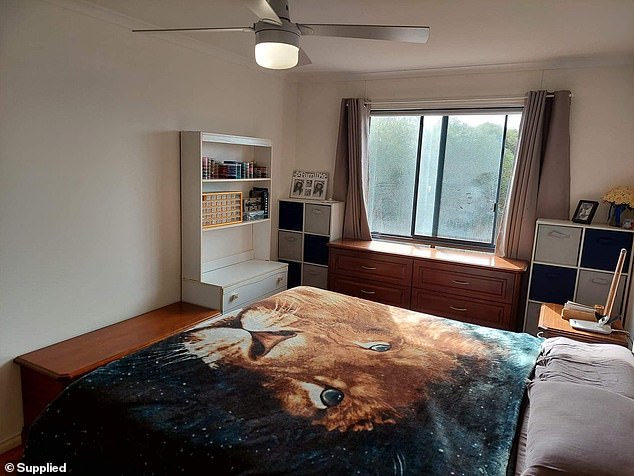 Joanna, an Australian mum-of-two, was impressed with her efforts to ‘turn chaos into peace’ in her home – noting the master bedroom had been used as a ‘dumping ground’ 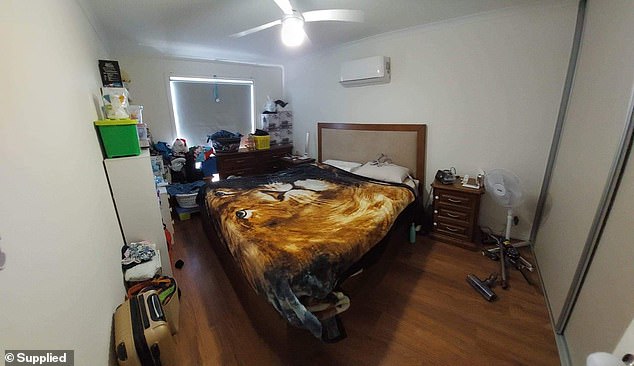 She admitted the door on her and her husband’s bedroom is ‘child-locked’ and had become a ad hoc storage facility for anything they wanted to keep from their two and four-year-old kids’ reach.

‘I literally gutted the room of everything except for furniture and piled it throughout the rest of my home,’ she said.

She said it is the first time she has been so ruthless, but it was ‘totally worth it’.

‘I removed 1/4 of a garbage bin full of rubbish and packaging and filled my boot with op shop donations,’ she boasted.

Because everything had been taken from the room she took the opportunity to move the furniture to ‘better spots’.

‘I love this room now, it is such a relaxing space,’ she wrote in a blog post detailing the huge job. 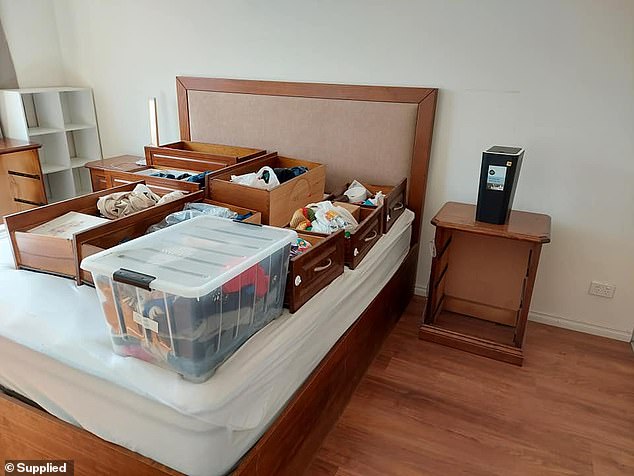 The mum completely gutted the room – removing everything except the furniture 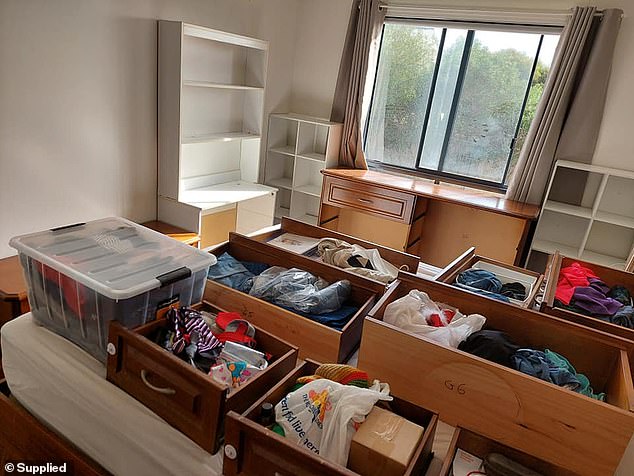 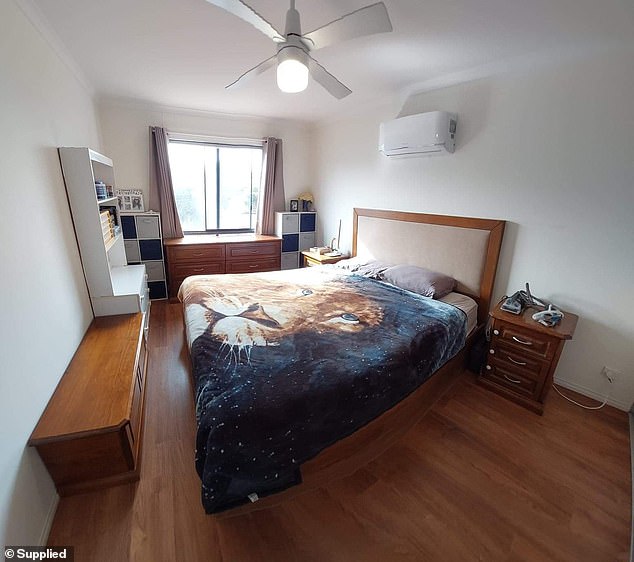 And others were equally impressed with the huge effort.

‘Wow, you must have been exhausted when you were done, proud but exhausted. Well done,’ one mum said.

‘Looks great, I bet you feel better,’ added another.

Others warned her being organised ‘becomes addictive’.

‘The real challenge will be keeping it this way and not letting clutter edge its way back in,’ she wrote.