A man who allegedly left a teenager with possible brain damage during an argument about stolen meat pies won’t be released on bail after his mum refused pay $30,000.

The 20-year-old apprentice carpenter is accused of picking up and dropping an 18-year-old on his head in the Sydney suburb of Newport in an alcohol-induced rage on June 30.

During his court appearance, Thompson’s solicitor requested bail as she claimed her client was ‘fragile’ and suffering from depression.

Caleb Thompson (pictured with his mum) is accused of giving a teenager brain damage over stolen meat pies won’t be released on bail because him mum refused pay $30,000

The Magistrate said it was a ‘very serious case’ and suggested the family finance the surety from their $2million property.

There was a short discussion with Mr Thompson’s mother and his solicitor before the application was withdrawn.

He had allegedly been drinking heavily before going into a 7-Eleven in Newport where he allegedly stole meat pies. 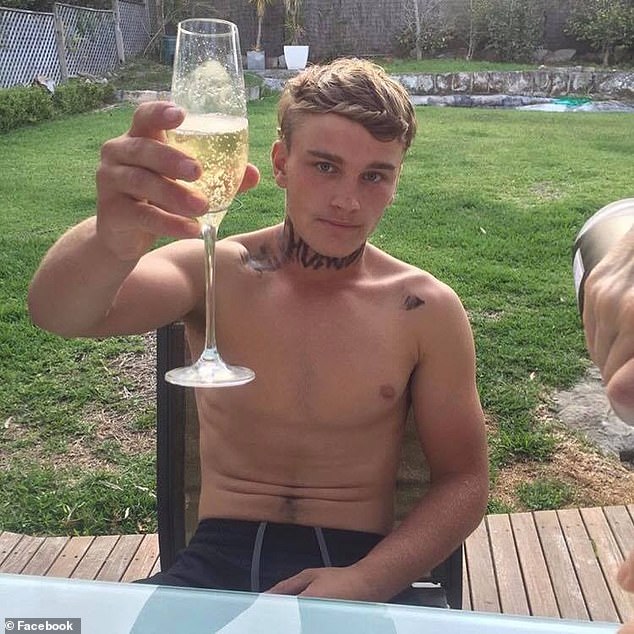 The victim suffered a suspected brain hemorrhage, possible brain damage, and a fractured skull, collarbone, and nose at the hands of Mr Thompson (pictured), who was allegedly drunk at the time 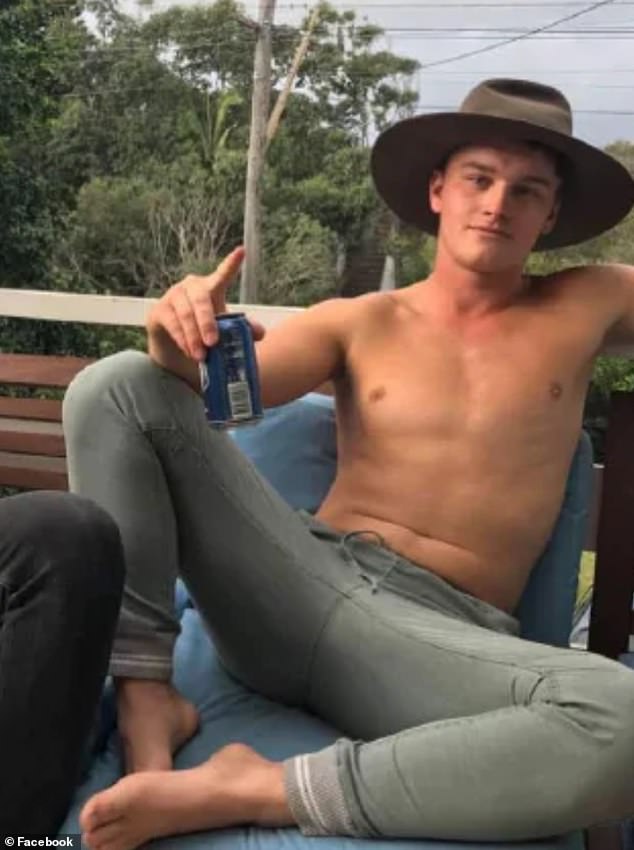 Caleb Thomspson (pictured) accused allegedly messaged his friends the day after the attack and said: ‘I knocked the f … out of someone … you would love it … I thought he’d died’

CCTV footage allegedly shows Thompson leaving the store with the pies, before being confronted by the victim.

The alleged victim was then lifted off the ground and dropped on his head.

He suffered a suspected brain haemorrhage, possible brain damage, and a fractured skull, collarbone, and nose.

The accused allegedly ran off as the victim lay unconscious.

Mr Thompson allegedly messaged his friends the day after the attack and said: ‘I knocked the f … out of someone … you would love it … I thought he’d died.’

Prosecutor Adrian Walsh said: ‘There is CCTV footage, bank records putting the accused at the scene, and… there are text messages from Facebook Messenger from the accused to his friends after the event.’

The 20-year-old’s solicitor said he could not remember the night as he had been drinking.