Katrina Darcy-Frelford from Tweed Heads has a glioma brain tumour that will cost $100k to remove, giving her a 15 percent chance of being cured

A devastated mum has explained why she has hidden her crippling brain cancer diagnosis from her two young daughters because she is afraid it will destroy them.

Katrina Darcy-Frelford from Tweed Heads on the NSW/Queensland border has been told by Charlie Teo, one of Australia’s top surgeons, that she only has a 15 per cent chance of being cured if she has the tumour removed.

‘They are pretty sh*tty odds, lower than I had expected. But when he talks about prolonging life instead of a cure it breaks my heart for my girls,’ she told FEMAIL.

Katrina said she owes it to Indi, two, and Ayla, six to do everything she can to survive.

‘They need me. They need their mum,’ she said.

‘They would never get over it  – my eldest daughter doesn’t even like it when I walk out of the room. So there is no other option but to be here for them,’ she said.

The 45-year-old sales rep revealed she has ‘felt off’ since her second daughter  was born but doctors dismissed her daily headaches and she soon learned to live with them. 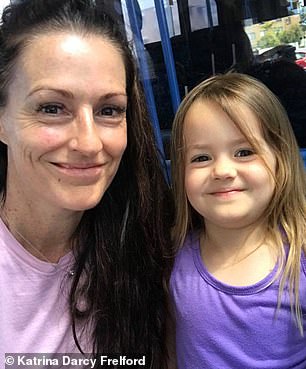 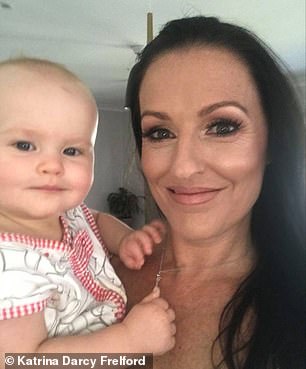 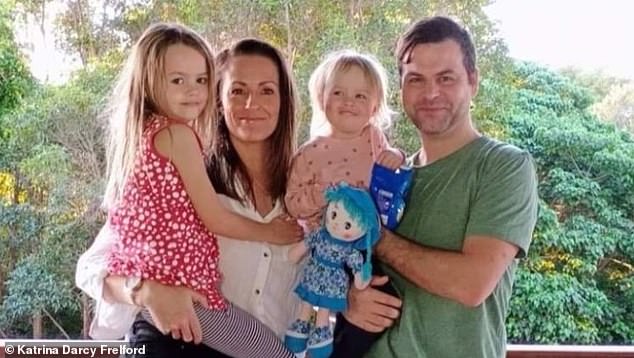 ‘I just assumed I was never going to bounce back and had a hectic lifestyle overlooked the exhaustion,’ she said.

‘I mean I was a busy working mum and no-one gets much sleep at out place, so I put my headaches down to that.’

But then 12 weeks ago Katrina suffered from a bout of vertigo.

‘It all came to a head that day. I just felt so unwell as I picked the girls up from school. I was terrified I was just going to fall asleep behind the wheel,’ she said.

‘I could feel the motion of the car and my headache was so bad I can’t even describe it.

‘I was driving the car in full panic mode. Then when we got home and I went to get out of the car I couldn’t stand up.’ 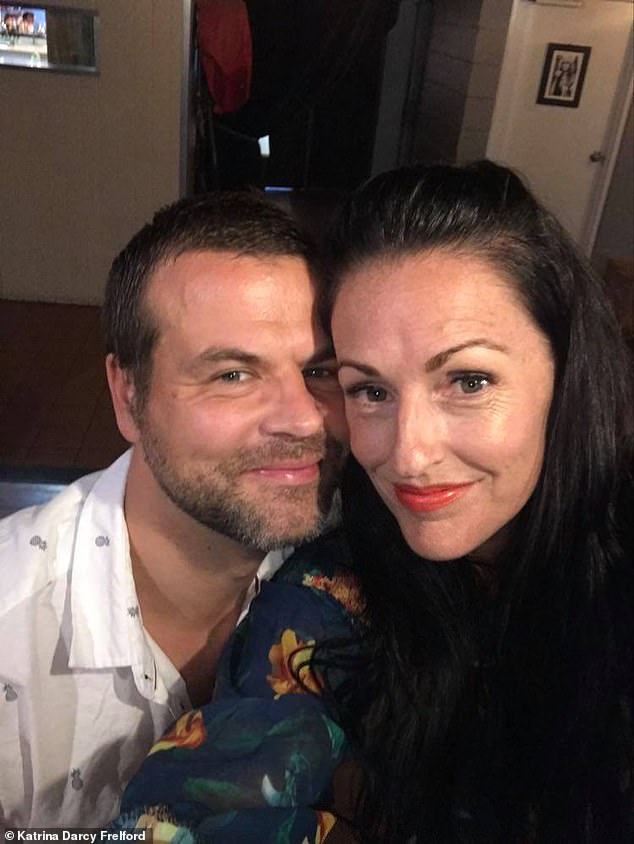 Pictured here with her husband, Seth, Katrina has had daily headaches for two years but they were dismissed by doctors 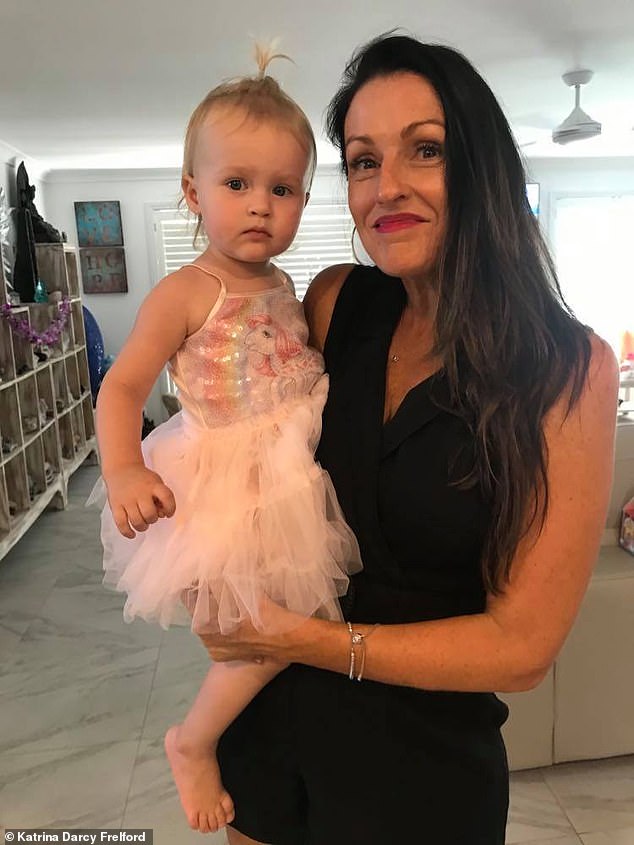 The vertigo hasn’t returned to that level but the headaches remained and the ongoing symptom lead doctors to finally perform a MRI scan which found her glioma brain tumour.

‘I knew as soon as the MRI had finished because the guy looked at me seriously and told me to follow up with my GP as soon as possible,’ she said.

Over the next few weeks the mum would be told by doctors both in and out of the hospital that they would ‘watch and wait’ to see how much the tumour grew.

But everything she and her husband Seth read about glioma, the brain tumour Katrina has, suggested to simply ‘watch and wait’ could decrease her chance of survival.

‘We came to the decision we didn’t want to just watch and wait,’ she said. 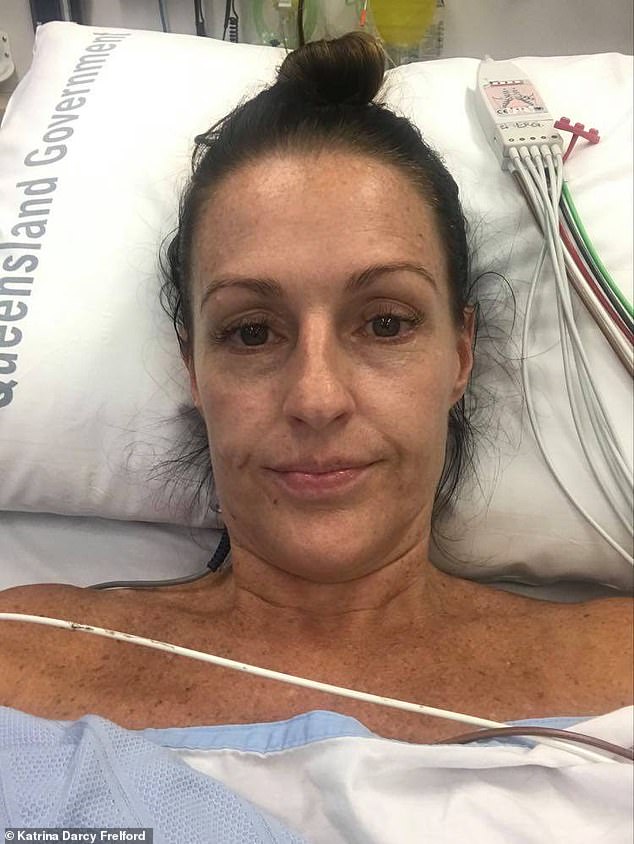 Since being diagnosed Katrina has been in and out of hospital with nausea, fatigue and burning headaches

This feeling was confirmed for the couple when renowned surgeon Dr Teo invited her to Sydney to see him.

‘He told me he has seen what happens when people watch and wait with this. The tumour grown into nearby cells and becomes impossible to remove.

‘He also said it is impossible to tell how long it has been there and studies show it goes malignant after four years.

‘He won’t know if it has been there two months or five years until he opens it up. And he won’t know what effect removing it will have on me until he does,’ she said. 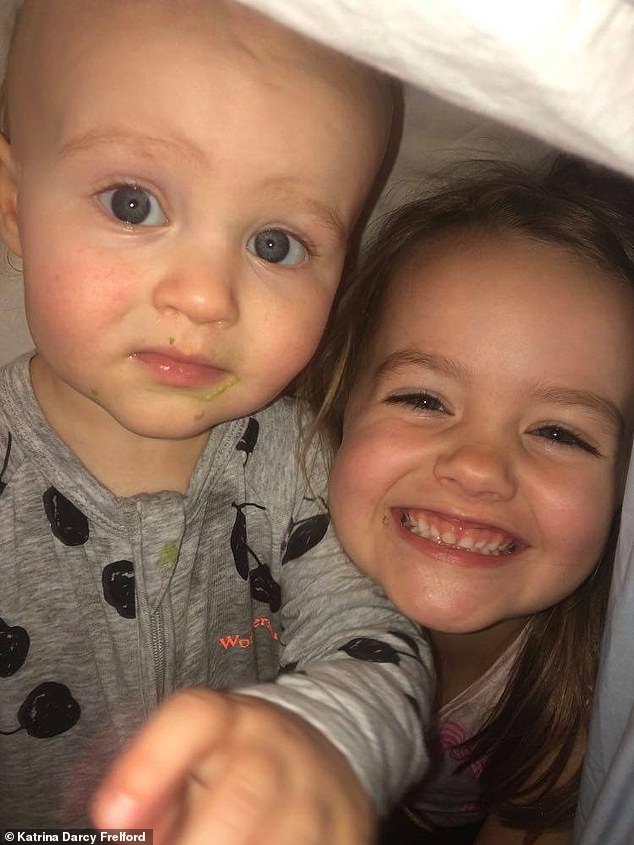 Katrina said Dr Teo told her there is a 15 percent chance he could cure her but didn’t rule out drastic side effects as a result of the surgery.

The surgery also comes at a huge cost, because it is done outside of the public system, it will set the family back $100,000.

The huge sum has to be paid up front which has lead to Katrina asking for help from the public.

There are currently two Go Fund Me campaigns running for the family, which have raised about $45k, just less than half of what they need before they can head to Sydney for surgery. 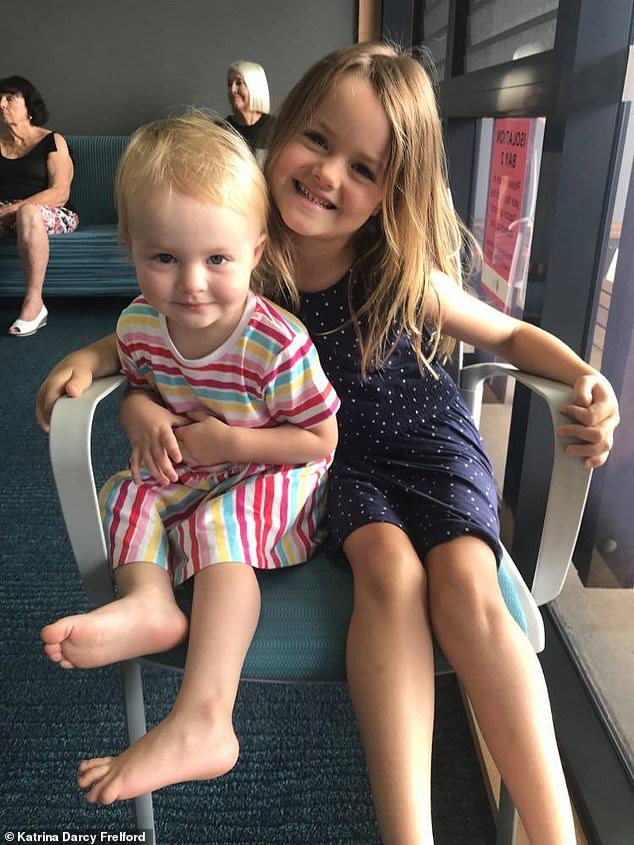 Gliomas are brain tumours that develop from a group of brain cells called glial cells, according to the brain tumour foundation.

Glial cells support and protect the neurons in your brain and spinal column by providing the neurons with oxygen and nutrients – as well as removing dead cells.

There are different kinds of glioma, but it can often be difficult to diagnose the exact glioma before operating on a patient.

Glioblastoma is an especially devastating version of the disease.

‘Going the public system isn’t an option because they want to watch and wait and until it is a higher stage they won’t make me a priority.’

And despite not telling her children about the crisis, her ever-perceptive six-year-old senses something is terribly wrong.

‘She has been very clingy and keeps telling me that she loves me,’ she cried.

‘Sometimes something will flash up on my phone, like from the GoFundMe that says my fight for life, and I just quickly grab the phone off her because she is learning to read,’ she said.

She also revealed her mother and father both suffered from different kinds of brain cancer, with her father dying from the disease aged 49.

‘It is scary to think how young that is, how close I am to his age now.’ she said. 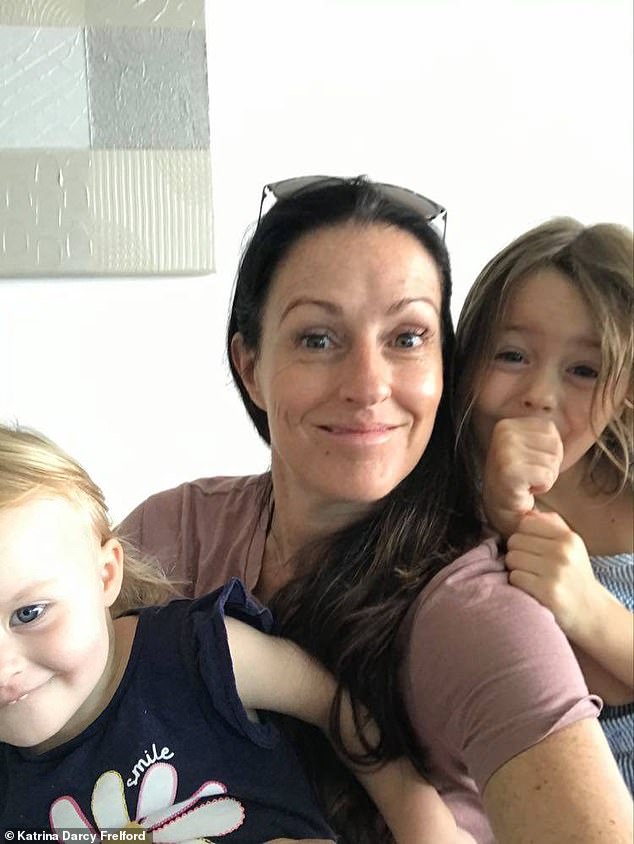 ‘I sat by my mum’s bedside and watched her work through her rehab, she has shown me how to get through this.

‘We have different tumours but she is kicking goals now because she did everything the doctors asked of her. Even when she couldn’t be bothered. And I will too,’ she said.

Katrina hasn’t been able to work since her huge episode of vertigo and feels very fatigued most days. 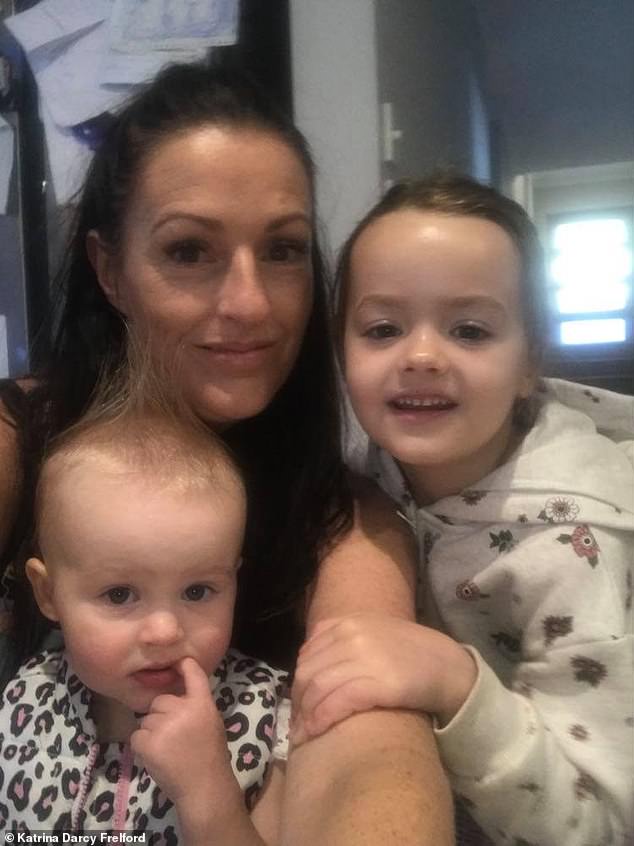 Her friends have set the Go Fund Me amount at $250k in the hope they can raise some extra money to help the family get through the rehab period.

‘We don’t know if I will ever be able to go back to work, but we are taking things one step at a time and the first step is surgery and my only chance at a cure.’

Gliomas occur in the brain, spinal cord and brain stem. Watch and wait is a common approach to the disease however it is also treated with surgery and radiotherapy.