A mother has shared the hilarious prank she played on her teenagers to get them to clean their bedrooms – and she promises it will work in every household.

The Australian woman posted on Facebook, where she said her ‘tip’ is perfect for parents struggling to get their almost-adult children to help in lockdown.

All you need is some black rice, which is readily available from supermarkets and health food stores.

A mother has shared the hilarious prank she played on her teenagers after they wouldn’t clean their bedrooms; she sprinkled black rice so it looked like mice droppings (pictured)

The woman posted: ‘So, I have teenage kids. I’m always arguing with them about not eating in their room, returning dirty dishes to the kitchen.

‘I threatened that they’re going to end up with a mouse in their room that will bring friends to the house. I got tired of singing the same song and decided to teach them a lesson.’

The woman said she went to the nearest health food store, purchased some black rice and sprinkled it throughout their wardrobes, under their beds and under their covers.

‘It looks like mice droppings and it scared the sh*t out of them,’ she wrote.

‘Needless to say, we don’t have that room cleaning issue and more.’ 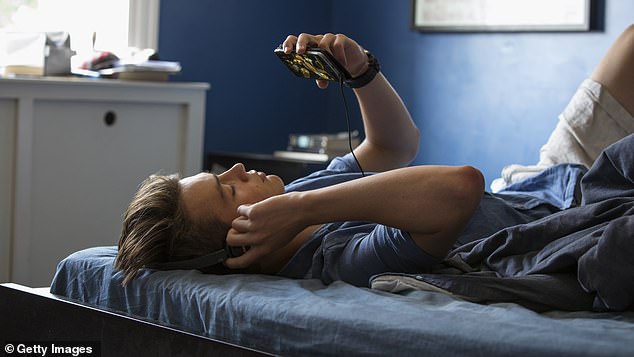 The woman said that since she played the prank on their teenagers, they always remove dirty plates and bowls form their bedrooms (stock image)

It wasn’t long before more than 2,000 fellow parents liked the mum’s post, with many saying they thought it was ‘genius’ and something they would have to try with their own children.

‘Love it, I must try with my 17-year-old boy, he is the worst of my three teens,’ one woman posted.

‘This is gold! The best advice I’ve ever been given as a parent!’ another added.

A third wrote: ‘I would love to do this, but my daughter would never sleep in the room again’.

Others shared their own tips for getting their kids to help out around the house.

‘Our niece used to leave her wee on the seat when she was younger,’ one aunt wrote. 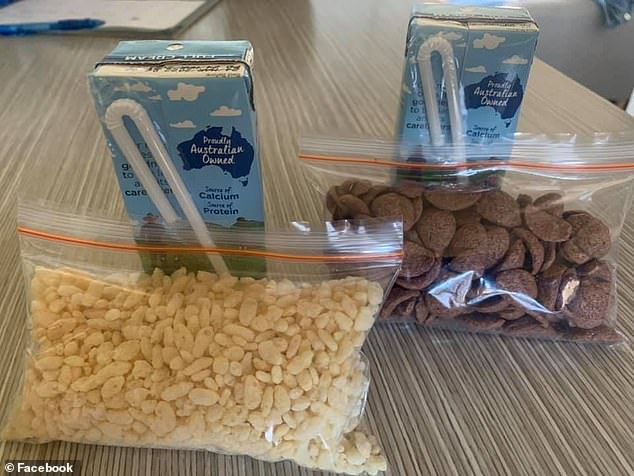 Previously, another mum wowed hundreds of parents after sharing her hack for getting her kids out of the door in time for school every day, with many saying it’s the perfect solution for busy mornings.

The Australian woman, called Jacki, revealed how she prepares ‘snack-size cereal bags’ every Sunday, which she accompanies with mini cartons of milk each morning.

Her children can then enjoy their breakfast in the car without Jacki having to worry about the time. 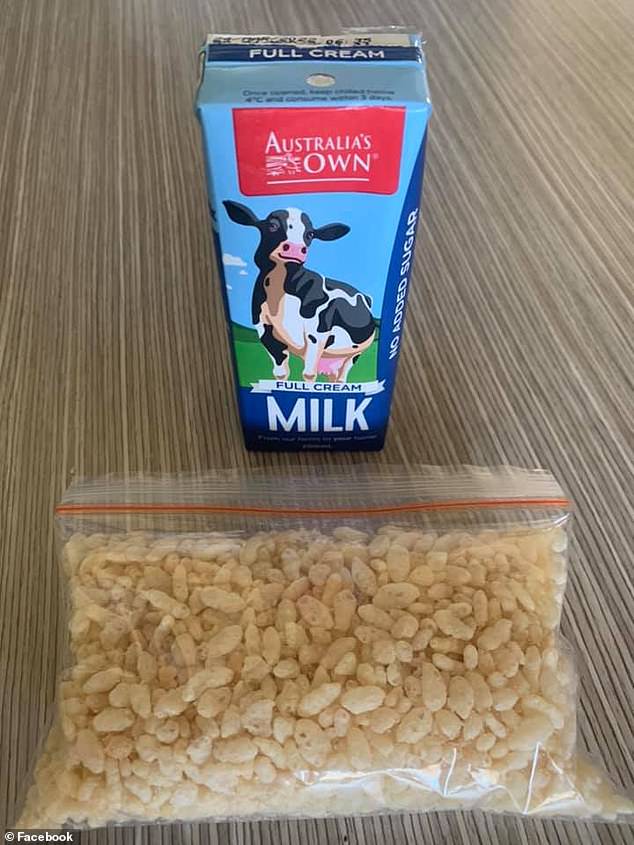 The Australian woman, called Jacki, revealed how she prepares ‘snack-size cereal bags’ every Sunday, which she accompanies with mini cartons of milk each morning (pictured)

Jacki wrote on Facebook: ‘Here’s a little hack I use when we’re running behind in the mornings, trying to feed the kids and get out the door for school and work.

‘I prepare these snack-size cereal bags on a Sunday, and keep tetra packs of full cream mini milks in the fridge.

‘My kids happily munch and sip on these in the car. They are great for mornings when they’re finding it hard to get motivated.’

She added: ‘It saves the “Drill Sargeant” coming out.’