A Kmart shopper has sparked an online trend after revealing a clever way to store indoor plants.

Mum Katrina, from Adelaide, South Australia, placed her plants on top of two Kmart oak-inspired side tables, but thought it looked too messy.

Instead she flipped the tables upside down and popped the plants inside to use as a stylish pot – but some online pointed out an issue with the clever idea, claiming the material would likely rot from watering.

Mum Katrina, from Adelaide, South Australia, bought a set of oak-look side tables from Kmart to place her indoor plants on (pictured) 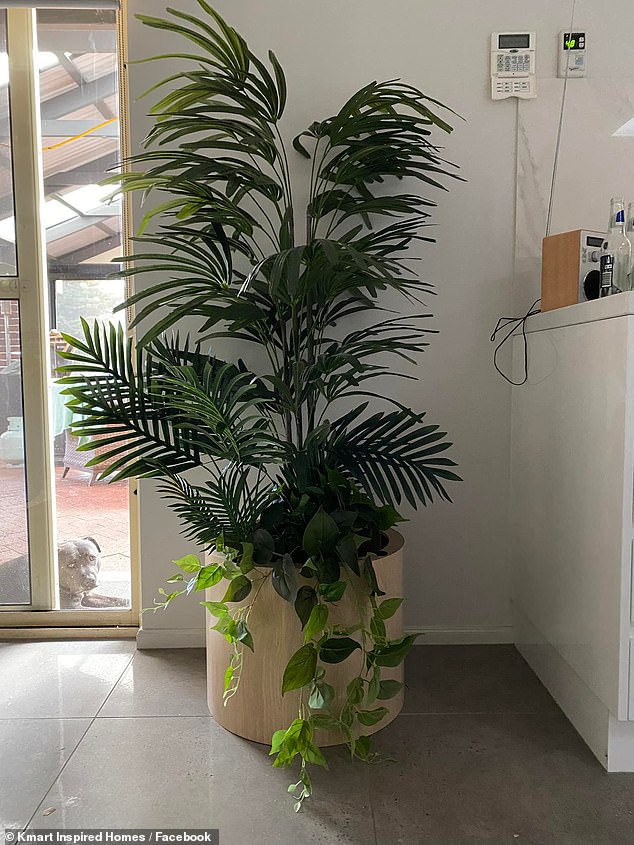 But after realising the tables are hollow, she thought of the genius idea to turn to tables into stylish planters (pictured)

Katrina was so impressed with herself she shared the idea with members part of the Kmart Inspired Homes Facebook group.

‘Had these tables for ages then an idea struck me!’ she captioned the social media post, adding: ‘Turn them upside and bam! Fill with plants!’

The simple but effective idea impressed others part of the online community.

‘How brilliant. Love those light bulb moments,’ one person wrote. 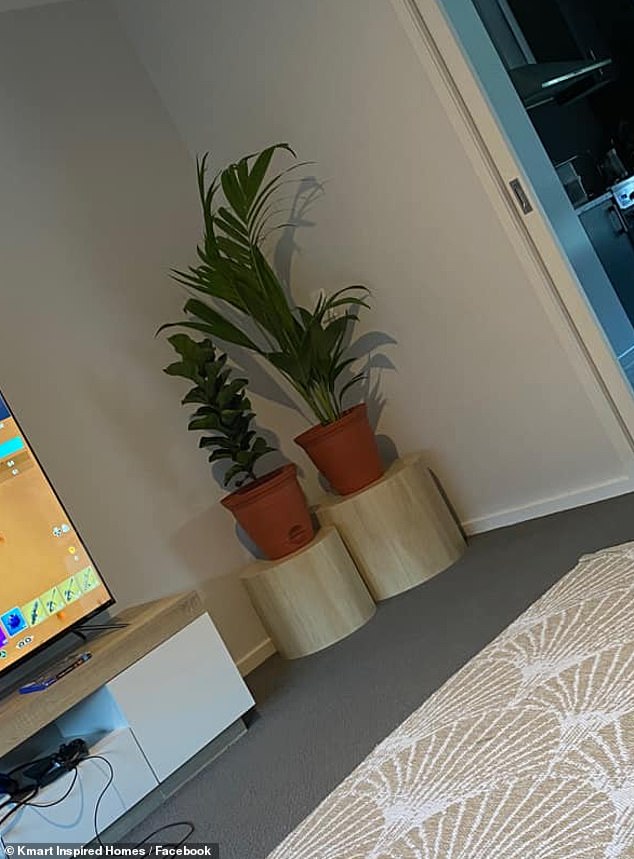 After sharing the clever idea on Facebook, others decided to do the same thing with their plants. One woman wrote: ‘Wow, what a great idea; that looks great. I didn’t realise those tables were hollow when you turn them upside down.’

Another added: ‘Wow, what a great idea; that looks great. I didn’t realise those tables were hollow when you turn them upside down.’

‘Oh what a great idea!! I got these the other day to fill this corner but haven’t liked how they look. Might give this a try!’ a third wrote.

The $52 Kmart buy is made from medium-density fibreboard (MDF) with paper and is only available for a limited time. 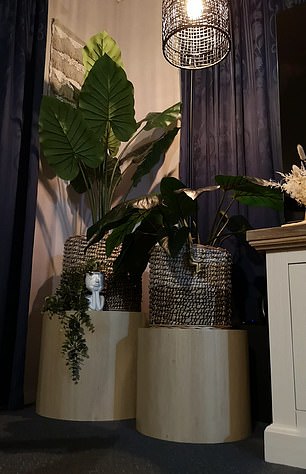 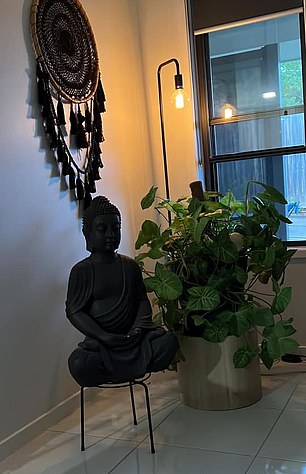 But some weren’t as convinced and seemed concerned the material would likely grow mould if used as a planter.

Katrina pointed out she had artificial plants, but the comment was a decent warning to others.

Despite the concern, many went and purchased the affordable Kmart product to use as a planter.

Another woman said the uses the side tables as pot plants filled with soil.

Those wanting to try the idea themselves should opt to use fake plants or drill a hole in the table to act as drainage.

How to remove mould:

1. Determine the source of moisture – mould likes to grow on warm, damp spaces of high humidity

It grows well on organic products such as paper, wood, cardboard, and ceiling tiles, as well as insulation, drywall, wallpaper, carpet, fabric, and upholstery

Call an expert if needed

2. Remediate the area – this will need to be done by a professional to ensure the mould does not spread to other parts of the home

This will ensure mould won’t grow or won’t return

4. Detoxify the body from mould toxins – consult your GP or naturopath for options to optimise health