Controversial mummy blogger Constance Hall’s trip to Bali has ended in dramatic fashion after her husband was reportedly banned from boarding a Jetstar flight.

The couple were due to board a flight home from Denpasar to Perth on Thursday night when her husband Denim Cooke was stopped at the boarding gate.

It’s understood he was shirtless and rude to Jetstar crew after another passenger alerted staff about his behaviour, The Weekend West reported.

According to the publication, Ms Hall was allowed to board flight JQ107 but chose to stay behind in Bali with her husband.

It’s understood none of the couple’s seven children were present at the time.

Details of the pre-flight drama were revealed after a passenger on the same flight posted on Facebook about the incident.

‘Constance Hall and her man, kicked off our flight…..before we even take-off….thank f*** for that,’ they posted.

‘Her fella was being a jerk… Constance calmed down getting on the plane, but her fella was still carrying on.

They later added: ‘In fairness, Constance was restrained and normal…..it was her man that was acting a peanut.’ 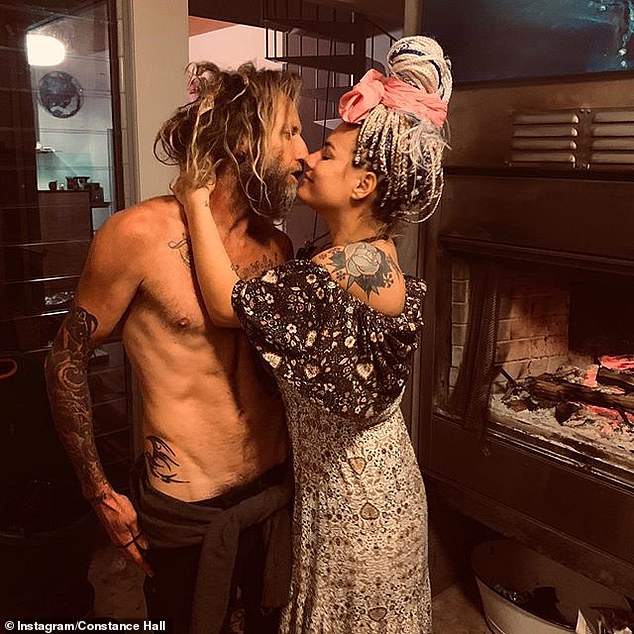 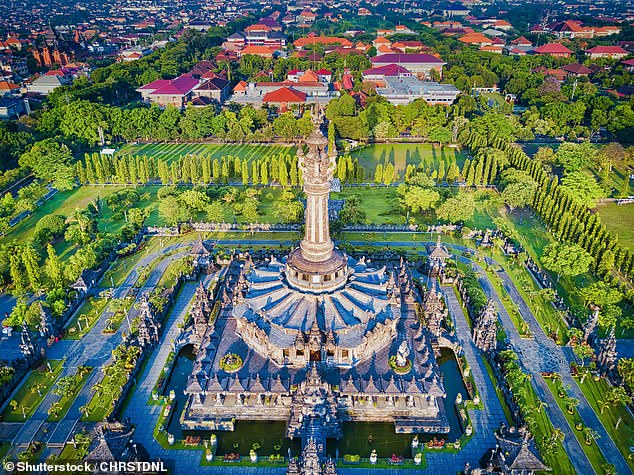 The passenger played down the incident when contacted by Daily Mail Australia.

‘Ms Hall did all she could to quell the situation and they left amicably, without further incident,’ they said.

A fellow passenger has since posted online the pilot had told them they were ‘delayed taking off due to passenger issues’.

A Jetstar spokesman told Daily Mail Australia it could not provide any information about specific customers on board the flight.

He confirmed flight JQ107 from Bali to Perth was slightly delayed due to operational reasons because the previous flight was 35 minutes late in arriving.

‘Safety is our number one priority and passengers who travel must be able to follow crew instructions,’ the spokesman said. 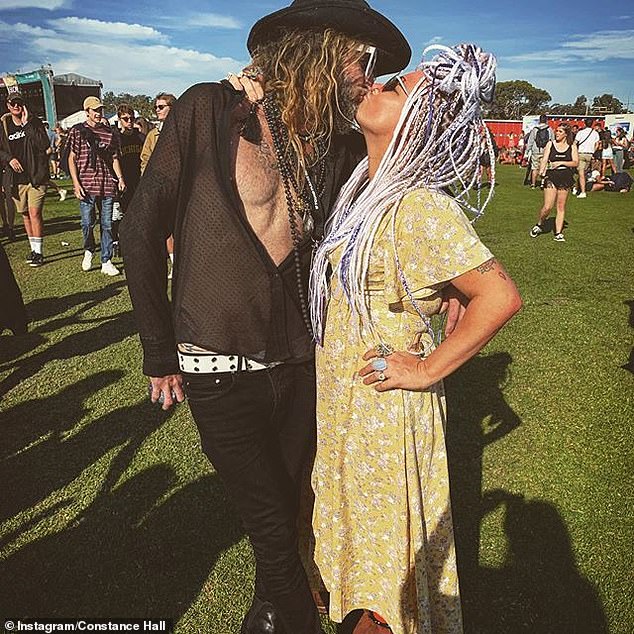 Daily Mail Australia has contacted Ms Hall and her agent for comment.

Ms Hall told The Weekend West the incident didn’t really have anything to do with her.

‘It was my husband. I will have to ask him to get back to you,’ she said.

Ms Hall announced on Facebook she was in a relationship Mr Cooke in April 2017 less than three weeks after she publicly announced her split from her husband of six years Bill Mahon.

Hall, who has four children from her previous marriage, later welcomed her fifth with Mr Cooke and is a stepmother to his two children. 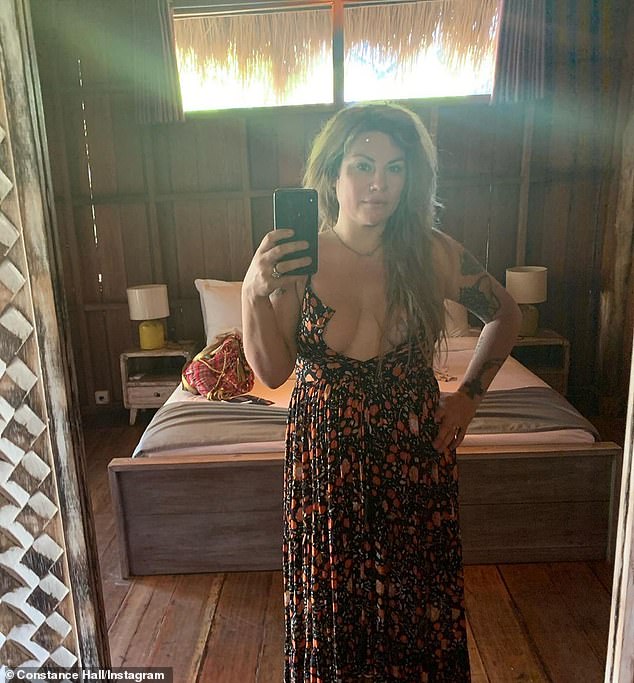 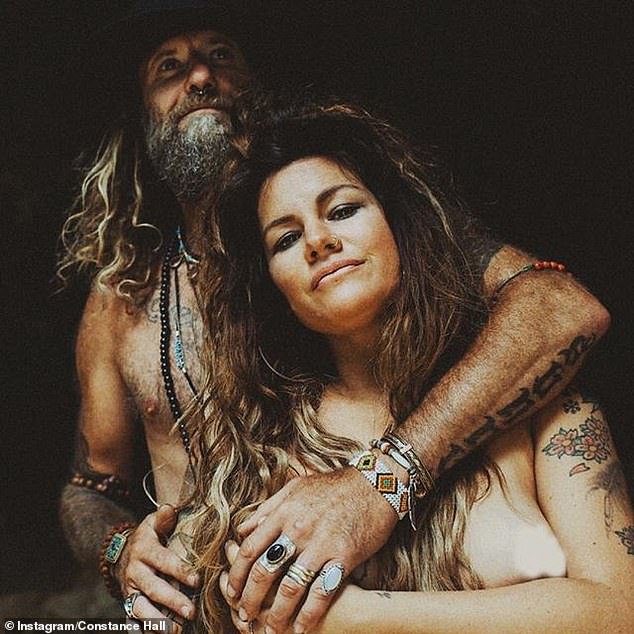 Ms Hall is not shy about airing the couple’s relationship troubles on social media.

Late last year, Ms Hall admitted her marriage had ‘suffered’ as she struggled to make ends financially following her appearance on Dancing With the Stars.

‘Amongst all of this my relationship with Denz really suffered,’ she wrote.

She also previously live-streamed a therapy session with her husband to sort through ‘the problems in our marriage after slamming him for ‘going off into his man cave’ when they have an argument’. 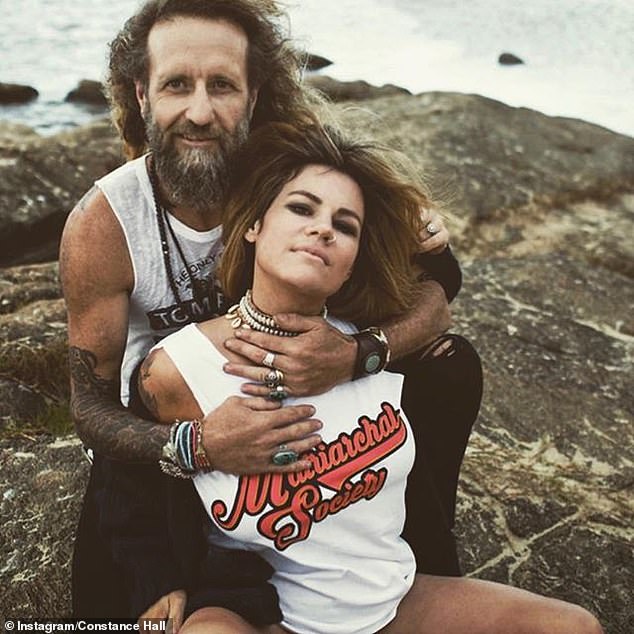 The self-proclaimed ‘bogan from Freo’ claimed men ‘need to step up’ in a recent 60 Minutes interview.

‘I really think women should rule the world and we should be the bosses of everything, and it should be a matriarchal country.’

Ms Hall became an overnight sensation in 2016, thanks to her post on parental sex, on her blog, The Not So Secret Life of Us. 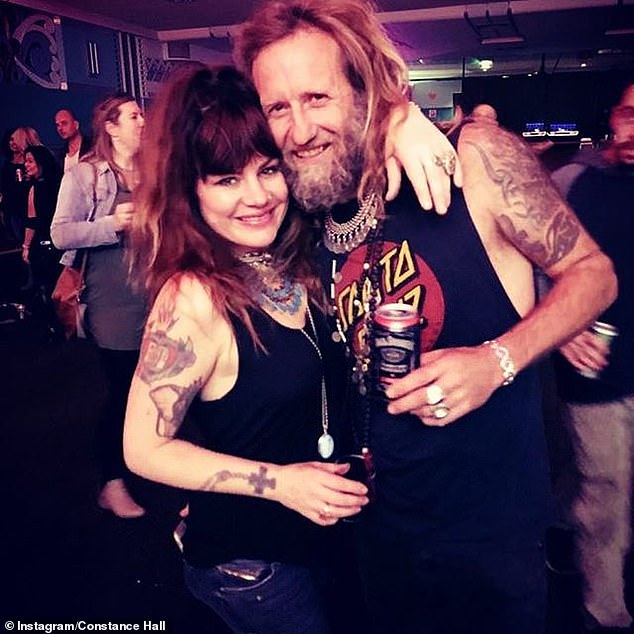