‘Mummy, is someone going to take me too?’ Little girl’s heartbreaking words after her puppy’s stolen

‘Mummy, is someone going to take me too?’ Little girl’s heartbreaking words after her three-month-old puppy Koby is stolen from her family’s front yard

A little girl gas been left fearing for her life after her family’s three-month-old puppy, Koby was stolen from their front yard.

The Bull Mastiff cross Bull Arab puppy was taken from Taleah Goudge’s front yard in Norlane, south of Geelong, by a group of men who pulled up to her house and called Koby over before putting him in their car.

Ms Goudge and her young daughter Lily, four, only had the puppy for two weeks but they felt a strong bond which made it difficult for Ms Goudge to tell her daughter what happened.

When was finally told what happened, the little girl said: ‘Mummy, is someone going to take me too?’

‘Were they mean people?’: A four-year-old girl is heartbroken after her puppy is stolen

‘We thought Koby was going to come back in a few days so we didn’t tell her,’ Ms Goudge told Daily Mail Australia.

‘Eventually, we told her that someone took Koby and I don’t think they will bring him back.

‘Lily asked me if the men who stole Koby were mean people.’

She said that Lily doesn’t know why someone would steal Koby.

‘She doesn’t understand what she is feeling but she knows something is wrong.’ 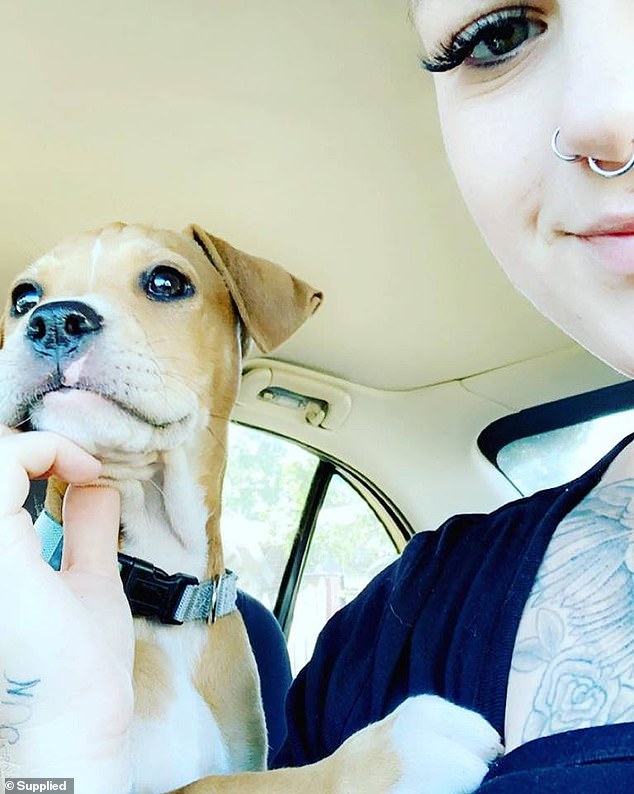 Koby, a Bull Mastiff cross was taken from Taleah Goudge’s front yard by two men in a black car 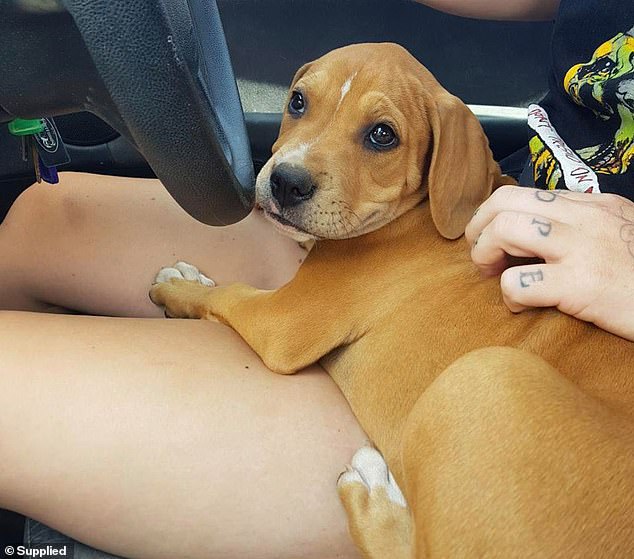 Ms Goudge said her daughter, Lily doesn’t understand why someone would take Koby

Koby got out of the backyard and wandered out to the front of the house after a strong wind blew the gate open.

CCTV footage from a neighbour’s house shows a black car pulling up to Ms Goudge’s front yard and two men getting out.

Ms Goudge believes the men were in the neighbourhood because one of her neighbours recently moved out and left their belongings behind which people started to take.

The footage shows a man opening the passenger door of his car and calling Koby over before taking the puppy and driving away. 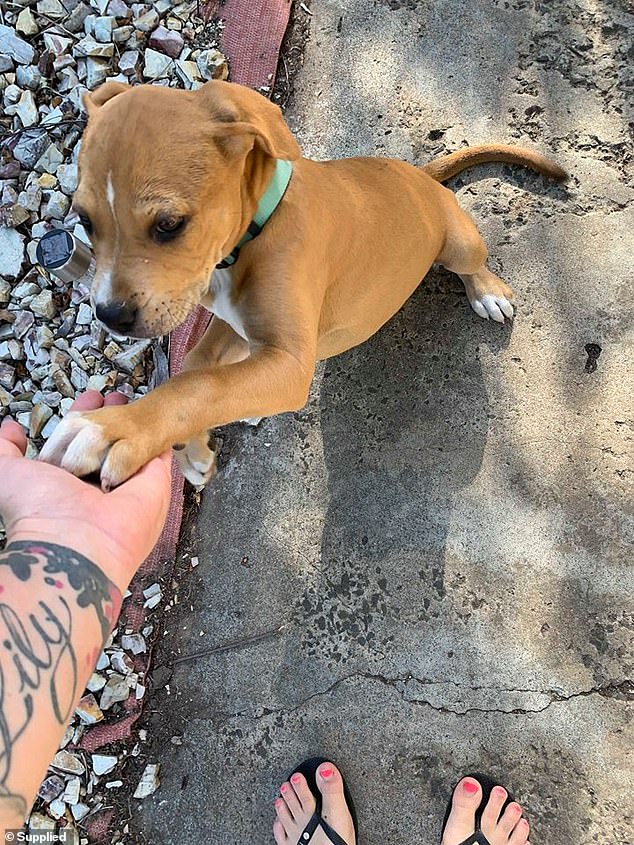 Ms Goudge initially thought Koby ran away but after watching her neighbour’s camera footage she saw her puppy being stolen.

‘We have been crying and we are sick to our stomachs,’ Ms Goudge told the Geelong Advertiser.

She has been talking to all of her neighbours trying to find out if they know any information about Koby’s whereabouts.

‘I heard that a neighbour who recently left Geelong was bragging about taking Koby but we aren’t sure if this is true.’ 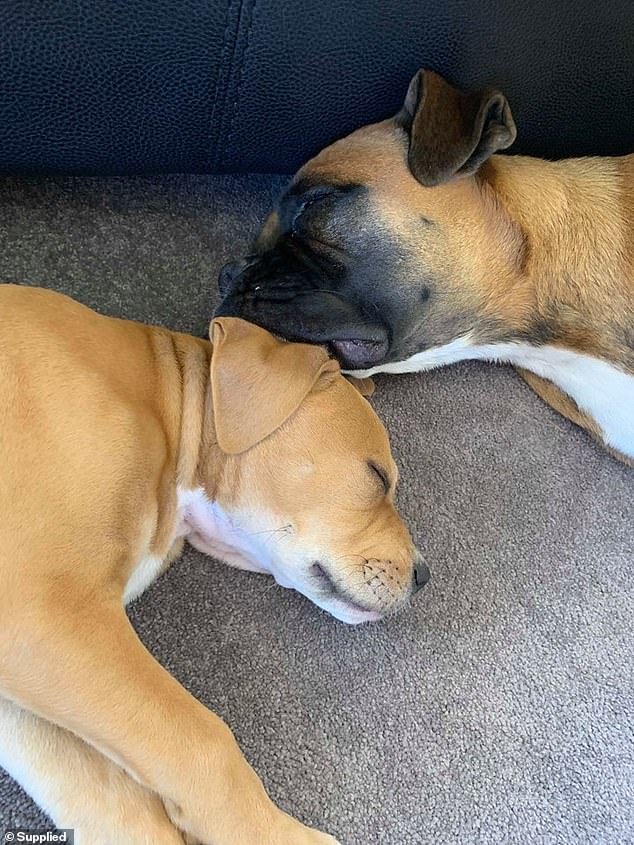