‘Everyone needs to do this’: Mum’s genius fridge organisation trick for preparing meal boxes is praised by hundreds

A mum has shown off a fridge organisation trick she says has made preparing dinner for her family much easier over the past few years.

The mum posted her very organised fridge off on Facebook and said organising each week’s dinner into trays has been a ‘sanity saver’.

‘Each week I do my weekly shop and then prep and pack into the trays ready to eat each night,’ the mum explained. 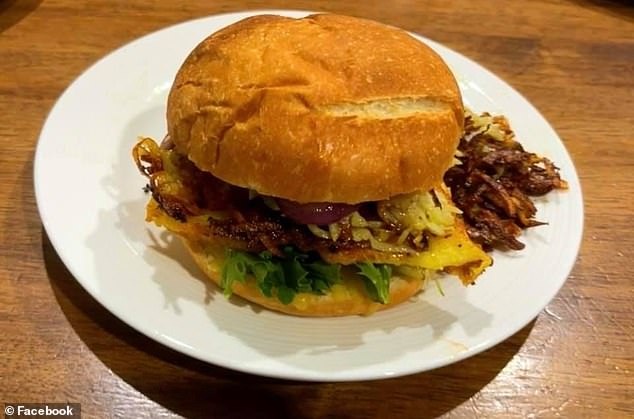 ‘The amount of time it saves and the reduction in stress at a time of night when the kids are going nuts is amazing,’ she said.

She also shared a picture of the burgers she made her family despite ‘not being bothered’ to cook.

She said it is easy to feed people what they want as well, she had a halloumi burger with some of her family while others had the beef option.

And her dinner hack appeared to please the masses.

Some people asked how she keeps the food fresh.

‘I freeze all meat in case things change,’ she revealed.

She admitted the idea first came to her after she tried Hello Fresh a few years ago. She also tried Every Plate recently which gave her new meal ideas to add to the family’s go-to rotation. 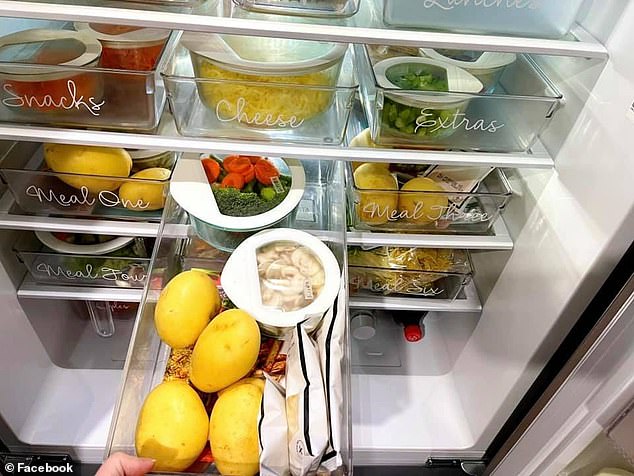 Each tray in the woman’s fridge has which meal number the food is for written on the front.

Other items the family use often have their own container, including grapes, tomatoes and cheese.

There are also trays for yoghurt and lunches.