The mother of two children who died in a house fire called their grandmother in hysterics while screaming ‘my babies have died’ after she escaped the ‘unsurvivable’ blaze.

Nicole Mulligan, her partner Des Cooke and two of their children, six-year-old Lucas and two-year-old Brianna escaped as flames engulfed their Christchurch home about 10.45pm on Tuesday.

But eight-year-old Brayden didn’t make it out, and neither did his baby sister, Arianna, who was just nine months.

It is believed Brayden tried to save Arianna after his tiny body was found in fire-damaged doorway of her bedroom.

Brayden’s grandmother, Angela Martin, told Stuff she learned of the fire shortly after it tore through the family home.

Ms Mulligan called her in hysterics to tell her half of her family had perished in the fire.

Brayden (pictured), eight, and Arianna, nine months, died in the blaze in Christchurch, New Zealand, at 10.45 on Tuesday night 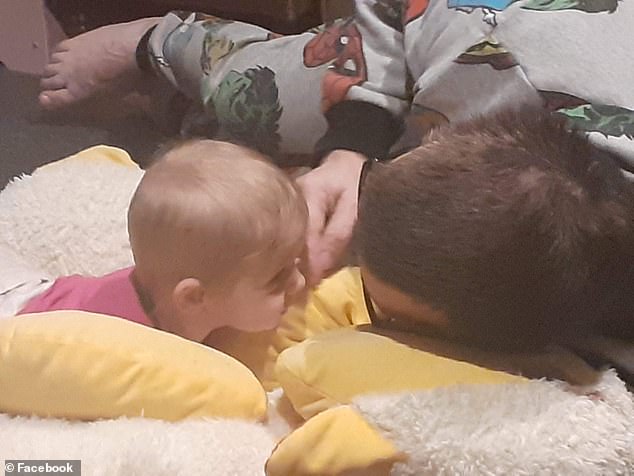 Arianna (pictured) died in the fire. Her mother later said she thought she was ‘having a nightmare’

‘She said to me, ”my babies have died, I’m having a nightmare”,’ Ms Martin revealed.

The grandmother then had to call her son Shaun Gibson, Brayden’s biological father, and pass on the news to him.

‘I heard his voice and I just started howling on the phone and I had to hand the phone to my husband,’ she said.

Ms Martin and her husband arrived at the scene just as Brayden’s body was being taken away by an ambulance.

Arianna’s father, Des Cooke, visited them in the hospital room where he apologised for not being able to do more for Brayden.

‘He walked into the room and just said ”I tried so hard, I’m so sorry, I tried”,’ Ms Martin said.

Mr Cooke believed Brayden had already escaped the home when he grabbed Lucas and made a beeline for the exit. 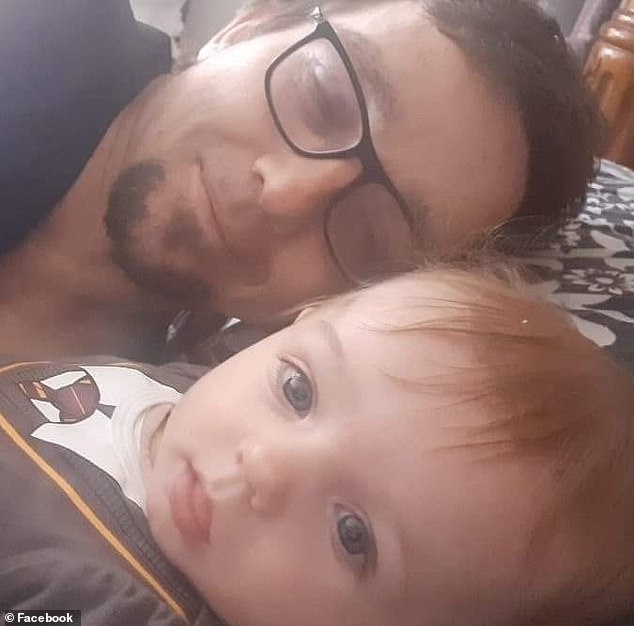 Arianna’s father, Des Cooke (pictured), visited Brayden’s grandparents in the hospital room where he apologised for not being able to do more for Brayden 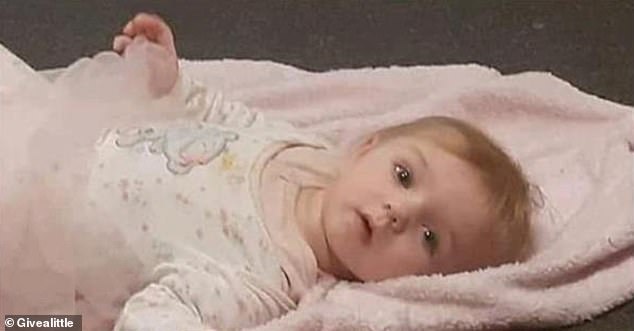 Nine-month-old Arianna also died in the blaze. A neighbour said he can’t get the children’s screams out of his head

Firefighters retrieved the boy from the home, but neighbour Matt Fitzsimmons said ‘you could just see it was too late,’ he told Stuff.

Mr Fitzsimmons and his wife Theresa had been watching TV in bed when they heard screaming.

When he realised their neighbours’ windows were bright orange with smoke billowing from the crevices, he ran outside and grabbed the hose.

As he tried to extinguish the flames, he heard the father yelling ‘my baby’s inside’.

‘The sound, the kids, the flames, the roar, the glass, the guy screaming out my baby … I was seeing everything firsthand, it’s just something I never thought I would ever have to deal with,’ he said. 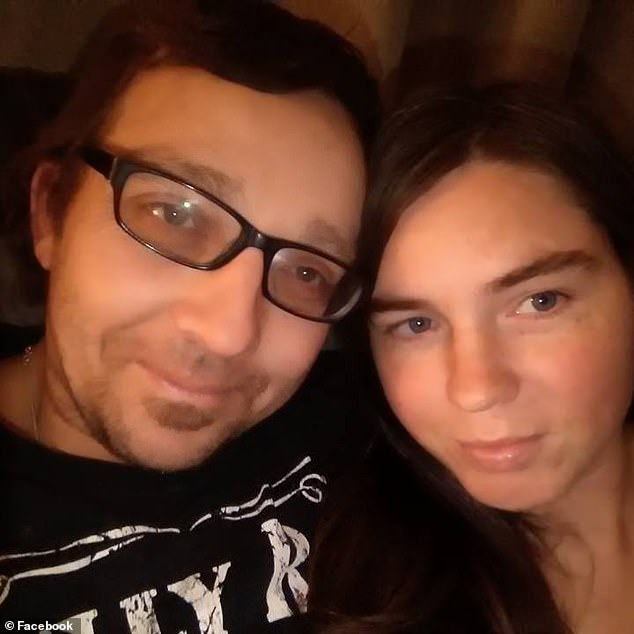 Nicole Mulligan, her partner Des Cooke (pictured together) and two of their children, six-year-old Lucas and two-year-old Brianna escaped as flames engulfed their Christchurch home about 10.45pm on Tuesday

While the father-of-four managed to save his other two children Lucas, age six, and Brianna, age two, he was injured trying to save the other two.

Mrs Fitzsimmons said her eight-year-old son would often play with Brayden and spent the rest of the night vomiting with anxiety induced from the situation.

She checked on her children ‘a million times’ that night to see if they were still alive and breathing.

When she looked out their window, all she could see was the front room where baby Arianna died.

Lynn Baughan was among the people who tried to help the ‘hysterical’ father save Arianna, not realising his son was also inside.

‘We went in on our knees and had a look around, smoke and fire was everywhere. I told him we had to get out, it wasn’t safe.’

Neighbour Corey Dunnill said he ‘can’t get the screaming out of my head’. 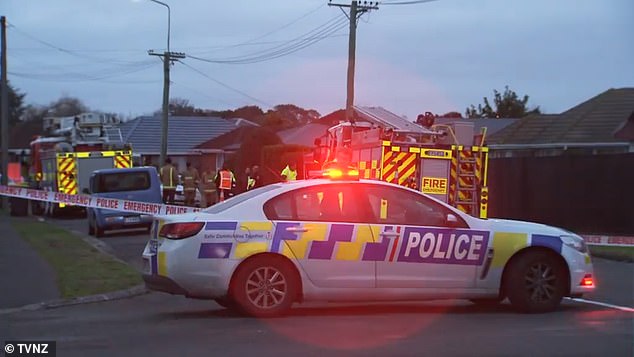 The 22-year-old grabbed a hose and tried to extinguish the flames, before he saw a body being dragged out of the smoke.

A Give A Little fundraiser page was set up by a relative to raise money for the family who lost two children and all their possessions.

‘Your donations will help the family of Brayden and Arianna cover funeral costs and help them get back on their feet without the financial burden that will accompany this horrific loss,’ it said.

Vicki-Anne Parker, founder of Christchurch charity NZ Gifts of Love and Strength has created care packages for the family with donations from the community.

‘I think it’s amazing, once again Christchurch comes out as a resilient city and wants to help people going through a tragedy, it’s just so heartwarming,’ she said.

Detectives section the home off to determine the cause of the fire.

‘Police and Fire and Emergency New Zealand remain at the scene today,’ police said in a statement. 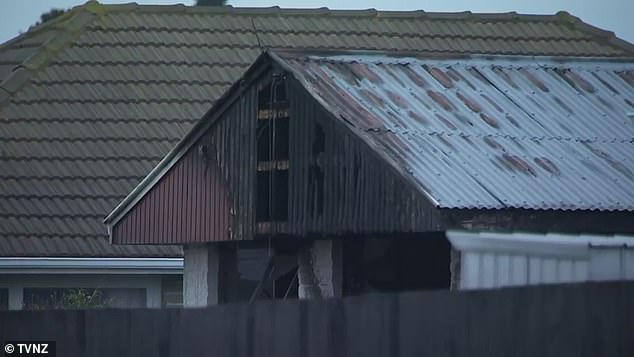 Parts of the house were charred in the blaze. Emergency services said the flames near Arianna’s room were ‘unsurvivable’