Police investigating a fatal stabbing have released footage of two men walking along an east London street in the moments after the unprovoked attack.

CCTV shows the men walking close to the scene of the assault on Daniel Frederick, 34, who was found dying by paramedics on a housing estate in Hackney.

Officers believe the attack on January 8 was a case of mistaken identity and that Mr Frederick was a ‘completely innocent victim’.

It is thought one of the men in the CCTV, wearing dark trousers, was involved in the incident and may have suffered a stab wound to his right leg, which appears bandaged. 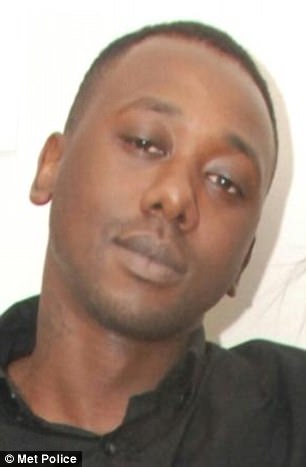 It is thought one of the men in the CCTV, wearing dark trousers (left), was involved in the stabbing of Mr Frederick (right)

Detective Inspector Paul Considine, who leads the investigation, said: ‘From the information I have, it seems that Daniel may have been mistaken for somebody else.

‘He appears to be a completely innocent victim who was walking through the estate when he was subjected to an unprovoked attacked.

‘I have released these images today in a bid to jog the memory of anyone who might have seen these men or know them – please contact us urgently.

‘I believe one of the two men, the one in the darker jacket, may well have sustained an injury to his right leg during the attack which might be consistent with a stab wound.

‘We are also still appealing in general for any witnesses or anyone with information who has not yet spoken to us to come forward.’

Alternatively, you can contact Crimestoppers anonymously on 0800 555 111 or at crimestoppers-uk.org 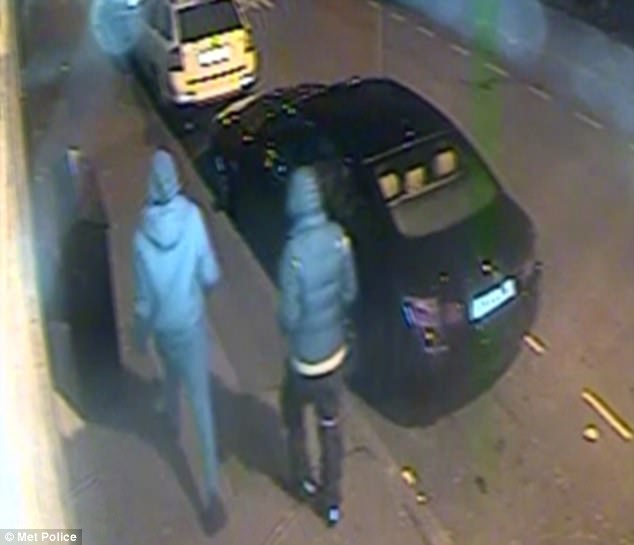 CCTV shows the men walking close to the scene of the assault on Daniel Frederick, 34, who was found dying by paramedics on a housing estate in Hackney