A murder probe has been launched after a church-going pensioner was found dead in an apparent botched burglary at her village home.

Police were called to a bungalow in a quiet cul-de-sac in Fleckney, Leicestershire, after a carer found the pensioner’s body on Sunday morning.

She has been named locally as Jane Hings, 72.

Detective Chief Inspector David Swift-Rollinson, of Leicestershire Police, said there were ‘signs of a disturbance…which may be linked to her death’.

It is believed a woman, named locally as Jane Hings, 72, died on Saturday night or the early hours of Sunday, at her home in Fleckney, Leicestershire (pictured)

One neighbour said: ‘It’s such a shock.

‘I did not know the lady but I know she lived alone, suffered with her health and had a greyhound.

‘I would say she was quite isolated but she was regularly visited by carers.

‘As far as I know, her carer went to see her at 10pm on Saturday and all was well.

‘A carer went there on Sunday morning and found what they found.

‘People can’t understand why this has happened here in Fleckney.

‘The police are still at the woman’s home and are saying they might be here for days.’ 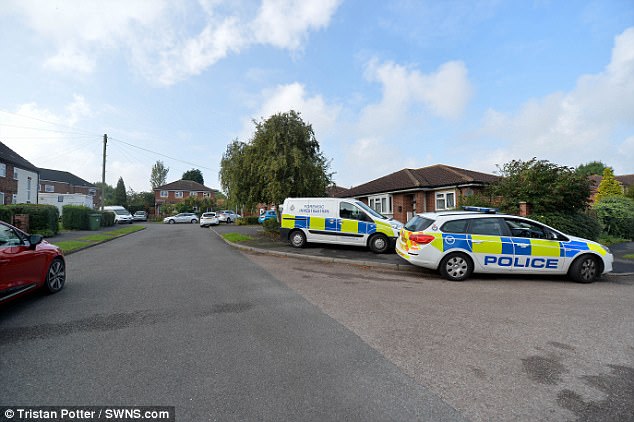 Cops are also investigating whether the killer stole her car after it crashed into a number of parked cars on Saturday night.

A resident said: ‘On a street parallel to this on Sunday morning a friend told me her car had been bumped and more than just a little prang.

‘It was pretty much the whole wheel arch been pushed into the wheel, you couldn’t drive the car.

‘Her car got taken away on Sunday, it wasn’t under a forensic tent. I think it is probably a botch job, maybe it was broken into.

‘The woman was called Jane and she had lived in the bungalow for about ten years. She was a private person and used to get taken out in her car by a church group.

‘I felt a bit sorry for her being on her own. It’s absolutely shocking to think she died in such a violent way.

‘It’s being said that she disturbed an intruder but the police aren’t telling us anything.’ 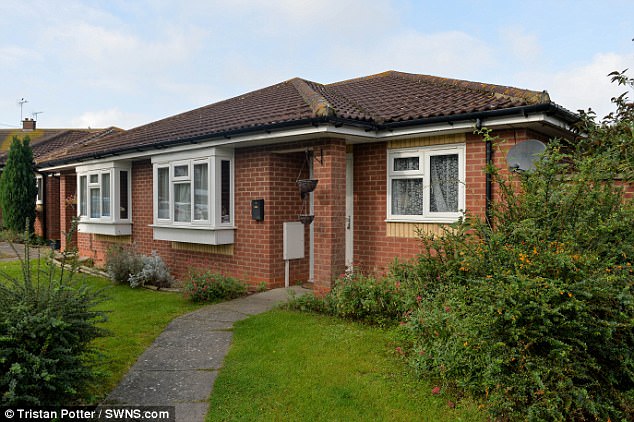 Another resident, who only gave his name as Arthur, said: ‘People are saying a car went down there late on Saturday or early on Sunday with its lights off and it pranged a number of cars.

‘They weren’t just bumped, they were hit with some force and the car didn’t stop.

‘It’s such awful news that a woman has died, but it makes it far worse to learn that she might have been murdered.

‘I understand the police are trying to trace her family at the moment. Whoever they are, my heart goes out to them.’

Detective Chief Inspector David Swift-Rollinson, of Leicestershire Police, said: ‘At this stage the woman’s death is unexplained, but there are signs of a disturbance in her bungalow which may be linked to her death.

‘Elizabeth Road is a quiet cul-de-sac and house to house enquiries are being conducted with the woman’s neighbours to see if they saw or heard anything.

‘And among many other active lines of enquiry, we are conducting a forensic search of her bungalow today.

‘I need to hear from anyone who may have been in or near Elizabeth Road on Saturday night or Sunday morning and who may have seen or heard something they thought was suspicious and out of character.

‘It may have been a stranger they didn’t recognise or someone they knew but who appeared to be acting strangely. It may have been a car that is not normally parked in the area, or a vehicle seen leaving the area at speed.

‘Elizabeth Road is located near to an industrial estate on Saddington Road and we know that lorry drivers visiting the estate often park up overnight.

‘We are keen to speak to anyone who may have parked up in this particular area and saw anything suspicious.

‘It’s also likely that the person who committed this offence may well be highly agitated and behaving out of character.’