Robert Solis, 47, was arrested on Friday and charged with capital murder not long after police say he killed Sikh Deputy Sandeep Dhaliwal

A man who is accused of shooting dead a Texas sheriff’s deputy during a traffic stop was a wanted man at the time of the stop.

Robert Solis, 47, was arrested on Friday and charged with capital murder not long after police say he killed Sikh Deputy Sandeep Dhaliwal.

Dhaliwal had stopped Solis for a traffic violation and was walking back to his patrol car on Friday afternoon when he was shot twice, including once in the back of the head.

Solis was wanted on a parole violation warrant, Sheriff Ed Gonzalez said on Twitter, which may help explain why the shooting happened.

Authorities have not revealed what Solis did to violate his parole.

He had been out of prison and on parole since 2014. In 2002 he was convicted in Harris County of aggravated kidnapping and aggravated assault with a deadly weapon, court records show. 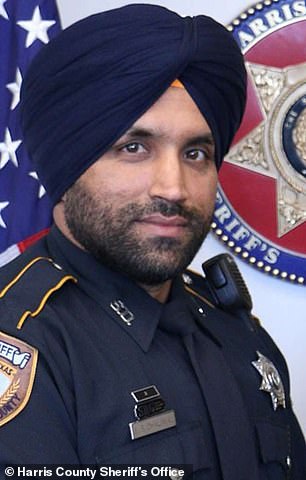 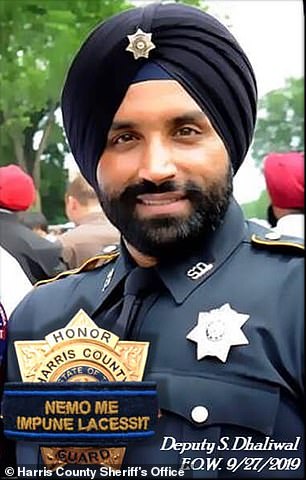 Trailblazing Sikh deputy Sandeep Dhaliwal stopped Solis for a traffic violation and was walking back to his patrol car when he was shot twice, including in the back of the head 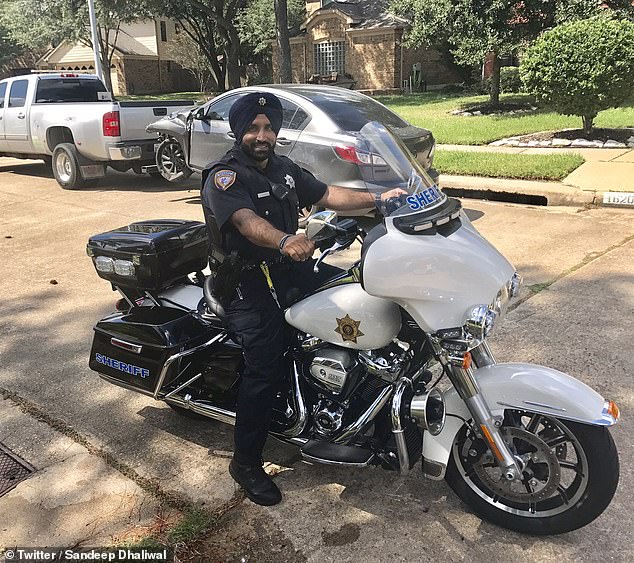 He was to remain on parole until 2022, according to the Texas Department of Public Safety.

‘He probably knew he was going to go back to jail and did not want to go back,’ Sheriff’s Maj. Mike Lee said to KTRK.

Solis had been a wanted fugitive since 2017 for violating parole on a charge of aggravated assault with a deadly weapon.

A judge ordered Solis held without bond at a probable cause hearing Saturday morning. His next court appearance is scheduled for Monday.

‘The nature of the allegations involved in this case and the manner at which the murder was carried out indicate to me that Mr. Solis is in severe and immediate danger to the community at large,’ the judge said. 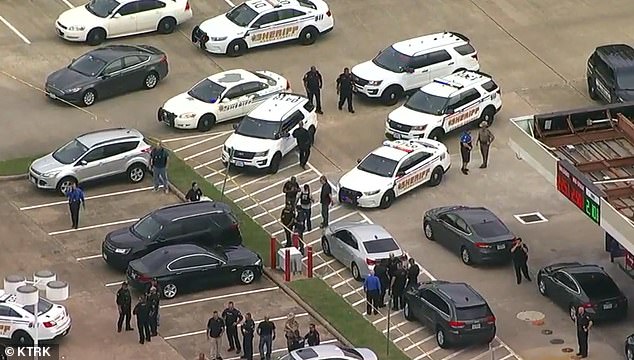 Authorities say 47-year-old Robert Solis was caught on surveillance video trying to throw away the gun used in the murder outside a nearby business. He was caught at a nearby strip mall 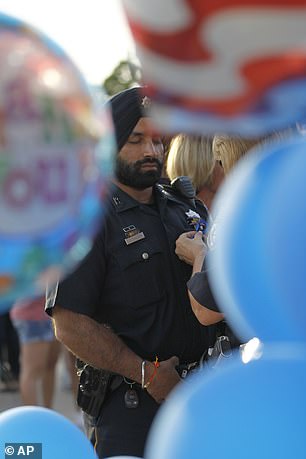 It was revealed in court on Saturday morning that Solis was caught on surveillance video trying to throw away the Glock 45 caliber semi automatic gun used in the murder.

Officials say Solis even called friends after the shooting and told them he just shot a deputy and needed to be picked up.

Dhaliwal, 42, was pronounced dead at Memorial Hermann Hospital after the 12:45pm shooting in a residential cul-de-sac 18 miles northwest of Houston.

Dhaliwal had stopped a vehicle with two people inside when one of the occupants was able to leave the vehicle, approach the deputy from behind and shoot him at least twice – ‘basically just shot him in a very ruthless, cold-blooded way,’ said Gonzalez.

Gonzalez’s predecessor as sheriff, Adrian Garcia, implemented a religious accommodation policy that allowed Dhaliwal to wear the traditional turban and beard of the Sikh religion. 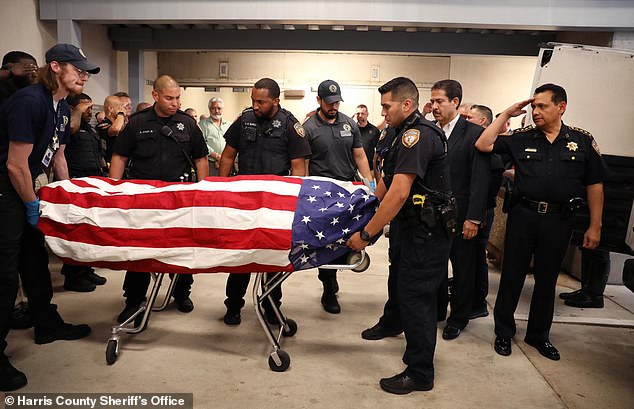 Dhaliwal’s dashboard camera captured video showing Dhaliwal speaking with the driver in what appeared to be a conversational tone with ‘no combat, no arguing,’ Sheriff’s Maj. Mike Lee said.

The driver’s door was opened at one point, and Dhaliwal shut it as the driver remained in the vehicle. When Dhaliwal turned to walk back to his patrol car, the driver steps from the car ‘almost immediately running with a gun already out,’ Lee said.

The driver shot the deputy from behind, hitting him in the back of the head. The driver got back in his car and drove away.

‘It was a cold-blooded manner, ambush style, how shot Deputy Dhaliwal from behind,’ Gonzalez said. ‘It’s the worst day, the worst nightmare for any police executive.’ 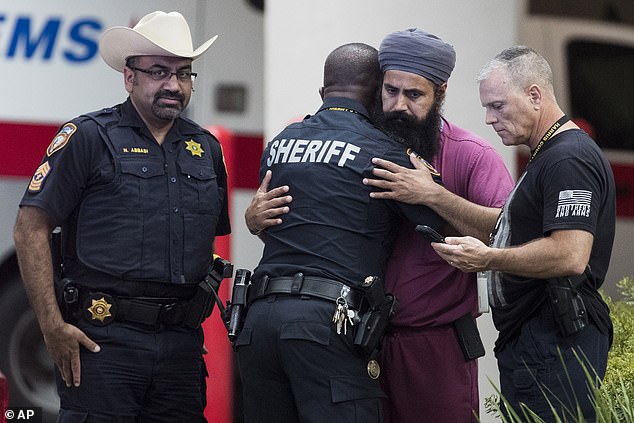 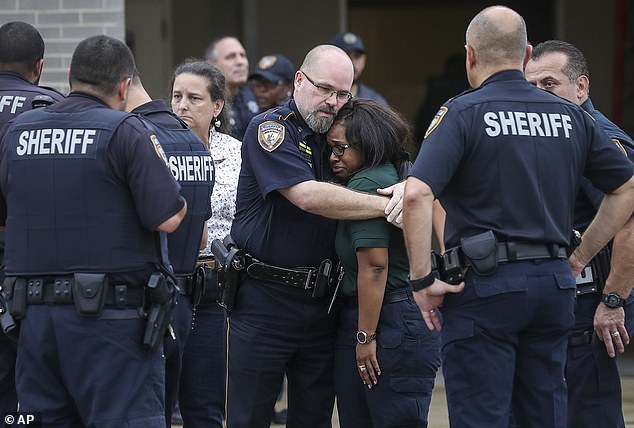 A deputy a short time later found Solis at an ice cream shop less than a mile from the shooting. He looked to be nervous and was arrested at the nearby strip mall, Lee said.

Solis has been ordered to undergo a mental evaluation.

‘He was a hero,’ Gonzalez said. ‘Deputy Dhaliwal was a trailblazer.’

‘There are no words to speak to how heartbroken we are, how devastated,’ the sheriff said.

Dhaliwal is the second Texas deputy to die while making a traffic stop this year.