A man suspected of murdering schoolgirl Lucy McHugh has been jailed for refusing to provide his Facebook password to police investigating her death.

Stephen Nicholson, 24, appeared on a video-link at Southampton Crown Court this morning to plead guilty to the charge under the Regulation of Investigatory Powers Act.

Nicholson, a family friend who was staying in Lucy’s home until shortly before her death, refused access to his Facebook to detectives investigating any private messages sent between himself and the 13-year-old.

Lucy, who lived in Southampton, was found in woodland at Southampton Sports Centre on July 26 having been stabbed to death. 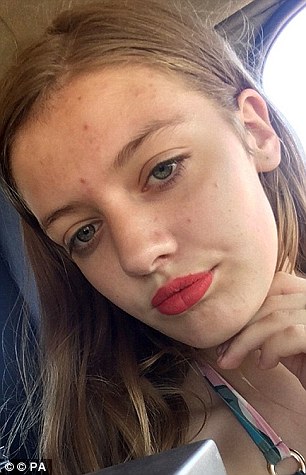 Lucy McHugh, 13, who was found in woodland at Southampton Sports Centre on July 26

Nicholson was first arrested by Hampshire Police on suspicion of murder and sexual activity with a child. He was bailed before being charged under Ripa.

Judge Parker today did not accept Nicholson’s ‘wholly inadequate’ excuse that providing his password would expose information relating to cannabis.

‘What you have done is obstructed the investigation, and a very serious investigation indeed. It has caused a very significant delay,’ the judge said. 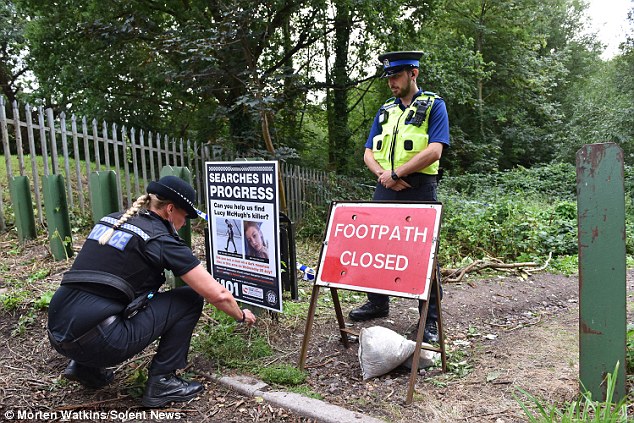 Police this week cordoned off an area of woodland just a mile and a half from where Lucy’s body was found, revealing they believe her killer may have dumped the weapon there 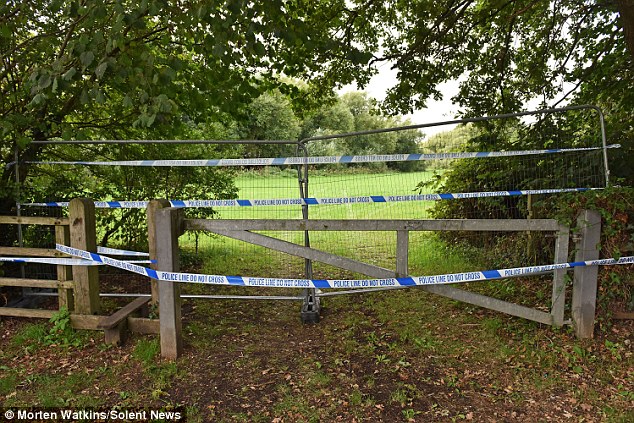 A dog walker discovered Lucy’s body at Southampton Sports Centre, Hampshire, on July 26 – where she could have lay dead for almost 20 hours

‘It means that the task of police investigating the murder of Lucy McHugh is that much more difficult.’

Mr Lawson said: ‘Stephen Nicholson was arrested on suspicion of murder and sexual activity with a child. This arose out of the tragic death of Lucy McHugh.

‘The defendant is a family friend and had resided at the house of Lucy until several days before her death.

‘He was interviewed and the defendant admitted contact with Lucy via Facebook on the evening before and the morning she disappeared.

‘He was therefore requested to disclose his password to his Facebook in order to investigate those claims.

‘The defendant refused to do so and the police went to court to obtain an order requiring him to reveal his password.

‘Later that day, DC Ford provided him with the signed order and asked him ‘are you willing to provide the password?’, Nicholson replied no.

‘The officer again confirmed that the police had authority to require him to disclose the password. He again asked if he was willing to provide the password and Nicholson said no.’ 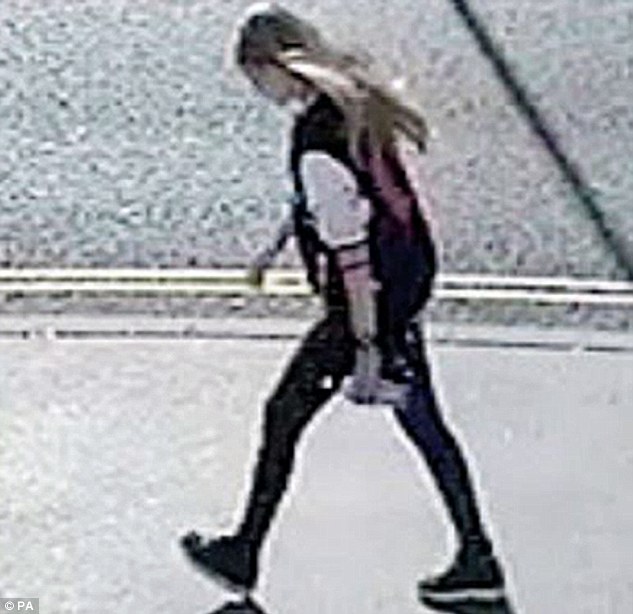 When asked by Judge Parker if Nicholson had since provided his password, Mr Lawson replied: ‘The password has not been provided.’

A decision as to whether to charge him with further offences is expected on October 27.

Earlier this week police hunting Miss McHugh’s killer said they wanted to trace a man with a dark jacket on a mountain bike.

It came a day after family and friends attended her funeral at Hollybrook Cemetery in the Shirley area of Southampton – just half a mile away from where her body was found.

Detectives now believe they have found the location where the weapon used to kill the teenager was discarded.

Her disappearance prompted a huge police search with her body discovered in a wooded area just 24 hours after she was reported missing.

On Tuesday police cordoned off an area of woodland just a mile and a half from where Lucy’s body was found, revealing they believe her killer may have dumped the weapon there.

The detective leading the murder investigation appealed for anyone who saw a man in a dark jacket and blue jeans riding a dark coloured mountain bike away from the murder scene on the day Lucy went missing.

Detective Superintendent Paul Barton said they believe the man cycled from the sports centre to Tanner’s Brook, an area of woodland in the Shirley area of Southampton. 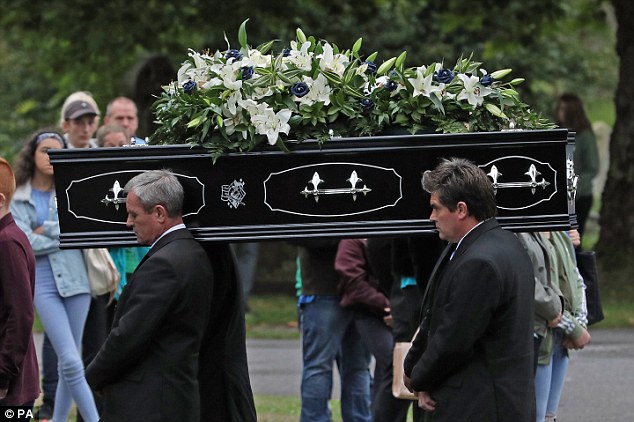 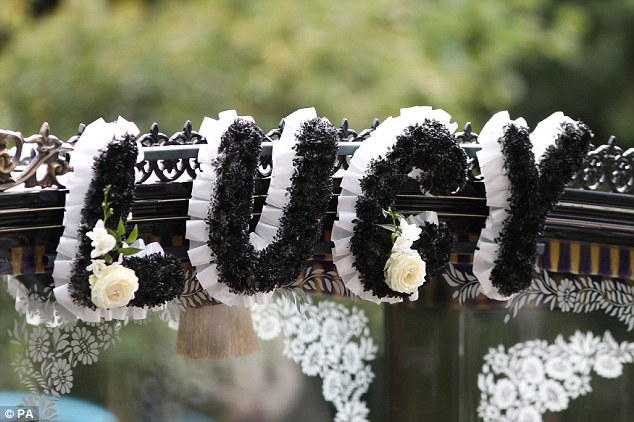 Large metal fences have been put up around the area, where Det Supt Barton said they believe scissors or a knife used to kill Lucy could have been dumped.

Police tape has also been put up on the fencing, with police cars parked in front to stop people from entering the area.

Det Supt Barton said: ‘We have reason to believe that the murder weapon – a knife, scissors or other sharp implement – was discarded in this area and we are focusing our searches there.

‘As part of our investigation, we are also looking to identify a man we believe cycled from the Sports Centre to this location that morning Lucy went missing.

‘We are hoping that this new information jogs someone’s memory.

‘If you saw this man, please get in touch and help us find Lucy’s killer.’

Lucy disappeared from her home in the Millbrook area of Southampton just before 9am on July 25, with chilling CCTV footage from a Tesco store capturing some of her final movements before her death.

The teenager is seen walking ‘with purpose’ in the footage, with detectives believing she was going to meet someone.

Her disappearance sparked a desperate search by family, friends and police, but her tragically her body was discovered at around 7.45am the following morning.

Officers have since trawled through thousands of hours of CCTV footage trying to piece together the teen’s final hours, while drains, bushes and woodland has been scoured to try and locate the murder weapon.

Charity Crimestoppers has offered a £10,000 reward for any information that leads to the capture and conviction of Lucy’s killer.