Elaine O’Hara, 36, from Dublin, was stabbed to death by Graham Dwyer, 42, in August 2012, in what is considered one of the most complex criminal cases in Ireland’s history.

During the trial, the killing was described as the ‘nearly perfect murder’, given that Elaine was initially thought to have taken her own life, and the fact that Dwyer was only caught due to a series of coincidental events.

A new documentary Secrets of a Psychopath, which airs from Saturday 24th to Monday 26th August at 10pm on CBS Reality, reveals new details about the horrendous murder.

In the documentary, criminologist John O’Keeffe suggested Elaine had been ‘quite open’ about her sex life with friends and family, and that this could have been an ‘early cry for help’. 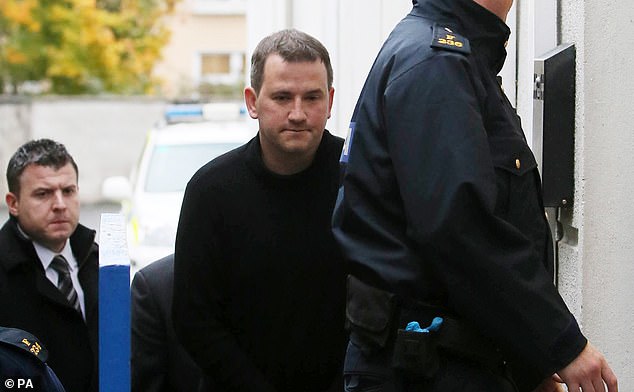 Graham Dwyer, 42, was convicted of Elaine’s murder in March 2015 after messages between the two revealed he had a fetish for stabbing women during sex

In three gripping installments, the documentary takes the viewer through the many coincidences, twists and turns of the investigation, uncovering an obsessive and unconventional relationship which ultimately ended in tragedy.

After her disappearance in August 2012, Elaine was initially reported missing by her family, and they began to suspect she had taken her own life.

But in August 2013, a dog walker found her remains, setting off a sequence of events that led to her killer Graham Dwyer being found and convicted with her murder.

HOW GRAHAM DWYER ALMOST GOT AWAY WITH THE ‘PERFECT MURDER’

According to Sean Guerin SC, who opened the case for the prosecution during the trial in 2015, Elaine O’Hara was the ‘perfect victim’ due to her psychiatric illness.

There would have been ‘every reason to think that it was suicide’, had the truth not been exposed.

A pet dog discovered Elaine’s skeletal remains deep in a forest on Kilakee Mountain. Before then, there was no forensic or eyewitness evidence to suggest that Graham was there.

The weather unintentionally played a pivotal role  in what was a ‘perfect murder’. As a result of a dry summer, the reservoir water dropped from 20ft to two ft, therefore exposing Elaine’s belongings. Sean Guerin said at the time: ‘When you look at all the elements and put them together, the prosecution’s case will be that it was very nearly the perfect murder.’

Elaine’s belongings were also discovered by chance in a reservoir after a dry summer resulted in the water dropping from 20ft to two ft and exposing her items.

The married architect had a fetish for stabbing women during sex, and is believed to have had an intimate ‘Master and Slave’ relationship with Elaine before he killed her.

Journalist Nicola Tarrant revealed Elaine shocked her father by telling him that she was having an affair with a married man who liked to tie her up and perform sex acts over her.

But Nicola says her father didn’t know whether it was the truth or ‘an outrageous comment’ that Elaine made due to her mental illness.

‘She advised friends she was having an affair with a married man, and it was not a normal affair, and showed them cuts all over her body.’ 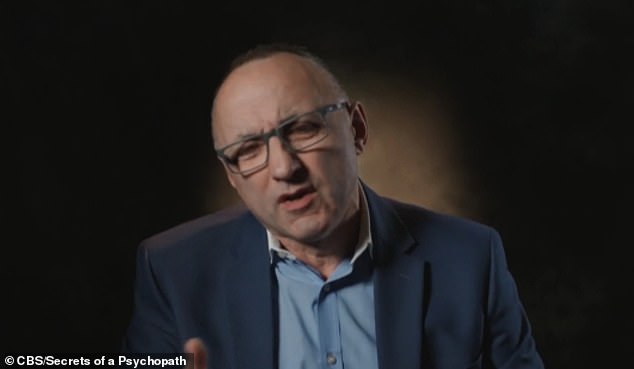 He added: ‘It seemed almost peculiarly uninhibited about talking about, which I would say played to her vulnerability.’

She said: ‘Sometime in 2008, she’d had this conversation with her father where she said she was having this affair with a married man.’

But Nicola argued that these comments had been dismissed by the family.

She said: ‘But part of her mental illness was that she made inappropriate comments and she made things up.’

Nicola added: ‘Sometimes she’d give a hint of something going on in her life to do with this secret bondage life. 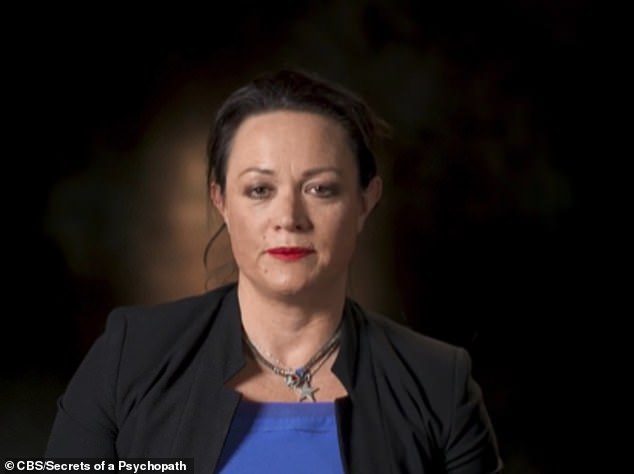 Criminologist John O’Keeffe said Elaine was open about her sex life, adding that this was ‘perhaps a cry for help’

‘But her family, who loved her very much, didn’t know if she was telling the truth or was this one of her outrageous comments she threw out.’

John agreed, revealing that whilst some of her comments may have seemed ‘attention seeking’, others could have been considered a cry for help.

He said: ‘She described this relationship in quite a normative way as well.

‘Whatever was happening, she was clearly not comfortable in this relationship.’

In March 2015, Graham Dwyer, 42, from Foxrock, south Dublin, was convicted by unanimous verdict of stabbing 36-year-old Elaine O’Hara to death in August 2012.

A married architect with a fetish for stabbing women during sex, he murdered the mentally ill childcare worker and dumped her body in the Dublin mountains.

O’Hara was a vulnerable woman, who had been admitted to hospital for depression some 14 times, self harmed, and tried to take her own life three times.

She was reported missing by her family, but when a year passed with no news, they suspected she may have taken her own life.

A dog walker found her remains in the Dublin Mountains in August 2013.

Thousands of disturbing text messages, backed-up on Ms O’Hara’s laptop, revealed the unwavering control and power her ‘Sir’ (Dwyer) had over his Slave (O’Hara) and the mental torment she suffered throughout their sexual relationship.

Dwyer had also written vile and sickening first person accounts about him kidnapping, raping, torturing and murdering series of women.

He added: ‘This wasn’t just attention seeking, we have to assume that this was perhaps an early cry for help.’

Despite Elaine’s openness, her family were stunned to learn of her ‘double life’ after her disappearance.

Shortly after she was reported missing, detectives and her family went to Elaine’s apartment and found PVC rubber outfits, lubricant and chains.

Criminologist John went on: ‘It was very disturbing for the family and I’m sure for the detectives.’

He added: ‘This can’t have been easy for anyone in that apartment.’

Meanwhile Nicola explained that the discovery of the reality of Elaine’s sex life left the family with questions.

She said: ‘They did wonder had any of this stuff had anything to do with [her disappearance].’

She explained: ‘On the laptop were a lot of writings that were very deep into this fetish world. They were also able to find that she was going online and meeting up with people.’

The journalist added: ‘She was almost living a double life. The Elaine that her family knew wasn’t the same Elaine that was going online and meeting people for bondage and hard core sex.’ 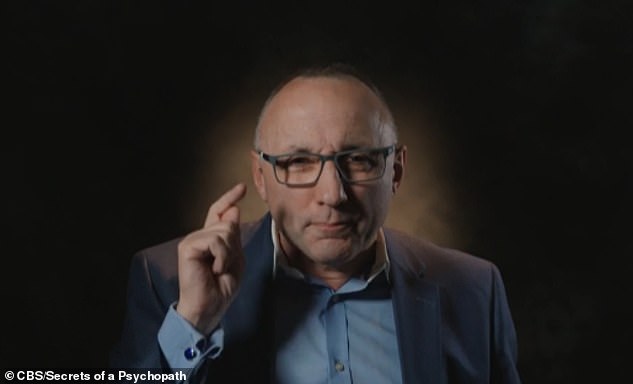 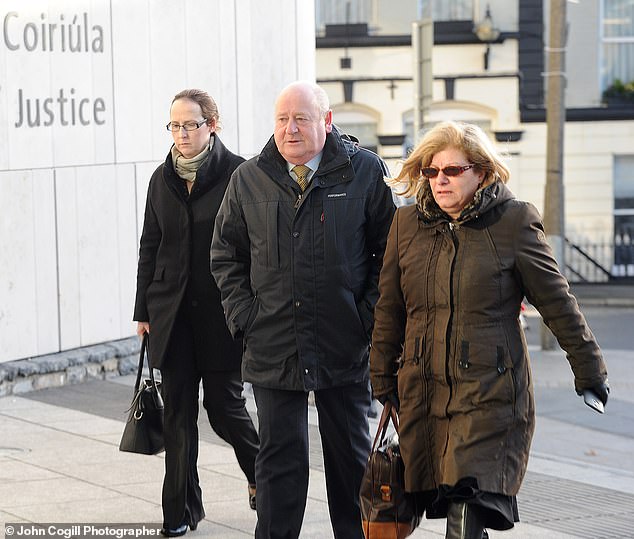 At one stage Elaine told her father Frank (pictured centre) that her lover liked to tie her up and perform sex acts over her, but he believed it was an outrageous comment she’d made as a result of her mental health problems