The mother of a schoolgirl murdered with her friend 32 years ago broke down in court today as she described the moment her daughter’s body was discovered.

Former roofer Russell Bishop is on trial for the second time for the murders of Karen Hadaway and Nicola Fellows, whose bodies were found in woodland near Brighton in 1986.

Karen’s mother Michelle Johnson today told how she saw Bishop shortly after they were found. ‘He looked at me and put his hand over his face,’ she told the court.

Michelle Johnson, Karen’s mother, today told of the moments she discovered her daughter had been murdered in 1986 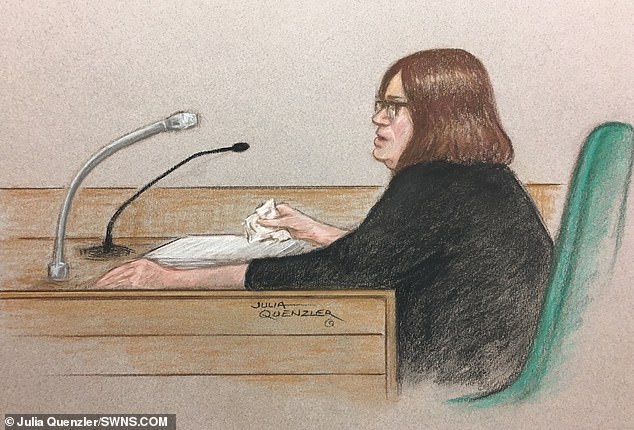 Karen and Fellows went missing while out playing in Wild Park near Brighton on October 9 1986.

They were found dead the next day after a desperate search by their mothers, police and locals, including murder-accused Bishop. They had been sexually assaulted and strangled.

Giving evidence, Karen’s mother said of the moments before the discovery: ‘I was all upset, confused and did not know where I was. I was just terrified about my little girl. Worried about both them children.’

Police then began swarming into the park and a helicopter hovered overhead, signalling the girls had been found.

Mrs Hadaway said she knew what had happened when she saw police tape going up.

Afterwards, she saw Bishop standing in the park. She told the court: ‘I saw Russell and I shouted at him.

‘I shouted at him because I wanted to know what was happening. He looked at me and put his hand over his face.’ 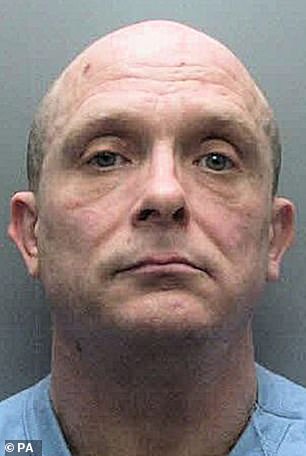 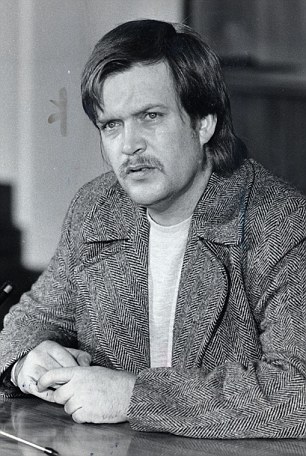 Russell Bishop is on trial for murdering two schoolgirls near Brighton in 1986. His defence lawyer claimed Barrie Fellows, the father of victim Nicola Fellows, could have carried out the killing. Mr Fellows is pictured, right, at the time of murders

Mrs Hadaway said she refused to go home and wait for news from police after the girls failed to return home for their tea.

She said: ‘They were telling me to go indoors. I were having none of it. Not at all. I was back and forth.’

He told jurors at the Old Bailey: ‘Only one person is on trial here sitting in the dock – Russell Bishop.

‘But the law allows a defendant like him to point out facts, ask questions, to the jury that might suggest the possibility that another person exists who may have carried out these awful attacks.

‘We will ask questions of witnesses to show that when the girls went missing there was someone very close to them who has no alibi.’ 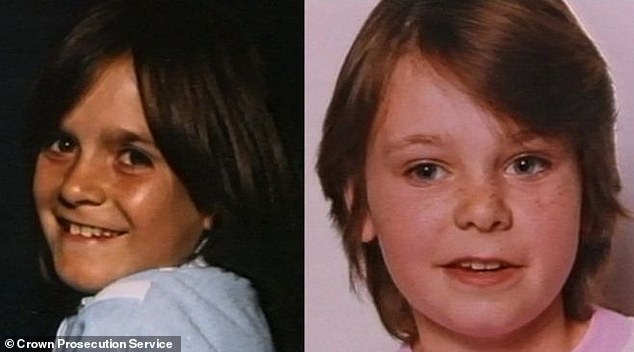 Mr Bennathan added: ‘That someone made comments after the killings that are far more incriminating than anything Russell Bishop said. That someone is someone who may actually – unlike Mr Bishop – been able to order Nicola Fellows to meet him in Wild Park.

‘That someone has a guilty secret – that he has been complicit in the sexual abuse of Nicola Fellows, which shows an interest in paedophilic sex.

‘In the end it might mean he could not let Nicola Fellows tell the world what has been happening. That person is her father, Barrie Fellows.’

Mr Bennathan suggested the police had ‘spent 32 years building a case against the wrong man’.

Karen’s mother Michelle Johnson was questioned about a number of concerns she had about Mr Fellows’ behaviour around the time of their daughters’ murders.

Recalling one incident, she said: ‘He put his hand on my shoulder and said there is nothing more we can do, the police are doing everything and why don’t I do what he was doing; go home and get a good night’s sleep.’ 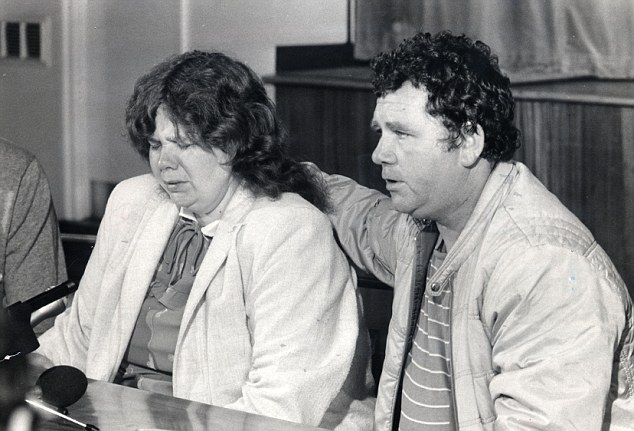 She also wrote: ‘I am afraid that Barrie Fellows’ strange and unnatural behaviour since my daughter was murdered has not got any better.

‘I got quite worried when, on one occasion, he kept saying to me that I was lucky that Karen had not been beaten before she died.

‘I thought that rather strange because this was not long after she died and we were not even told by then what had happened to our daughter.’

Ms Johnson confirmed both excerpts reflected true events, along with a third highlighted by Mr Bennathan, in which she described: ‘I have also found equally strange Barrie Fellows referral to my daughter’s murder as Karen being in the wrong place at the wrong time. He had passed this remark on a number of occasions.’

However, when questioned again by the prosecutor, she confirmed she did not know by then that Mr Fellows had identified his daughter’s body at the mortuary.

The trial has heard how Nicola and Karen went missing while out playing together in Wild Park after school.

Following a search by police and volunteers, the girls were found dead in a wooded den near a landmark called Jacobs Ladder the next day.

The Court of Appeal had ordered a fresh trial in light of new DNA evidence after Bishop was cleared of the girls’ murders in 1987.

Some three years after his acquittal, Bishop was convicted of the kidnap, indecent assault and attempted murder of a seven-year-old girl at Devil’s Dyke, also on the South Downs.