Murray’s Misery! Andy has to DITCH Australian Open bid as he is still suffering from pelvic bruising injury… with Scot set to return to action in Europe in February

Andy Murray’s hopes of an emotional return to the Australian Open next month have been crushed after he was forced to abandon plans to make the long journey to the southern hemisphere.

After what appears to have been a last-minute decision, Murray will not travel Down Under as the pelvic bruising which affected him at last month’s Davis Cup finals has failed to clear up sufficiently.

Murray will instead stay behind and practice in the UK with the expectation that he will resume his career at the indoor events of Europe taking place in February. 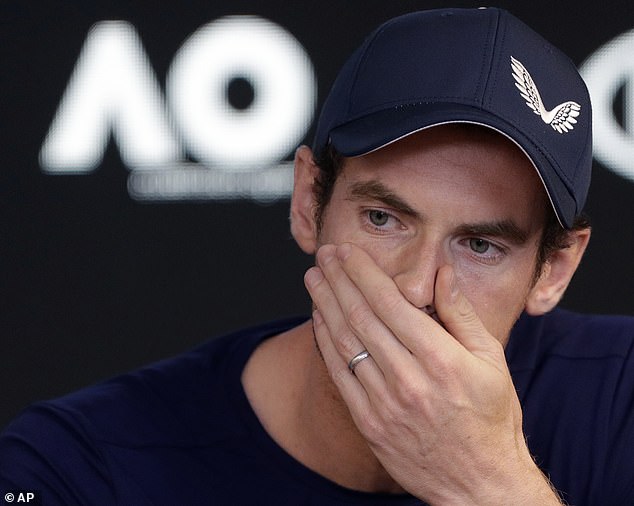 It is a cruel setback for the 32-year-old Scot, who was planning to play in the main draw in Melbourne a year on from when it looked like his career was all but over.

He was also due to feature for Great Britain in the inaugural £12.2million ATP Cup team event beginning in Sydney on January 3, which has been set up by the men’s tour as a rival to the Davis Cup, with Tim Henman making his captaincy debut for the GB team.

Murray’s management team released a short statement on Saturday night to the effect that the pelvic bruising that restricted him to just one match in Madrid had taken longer to clear up than expected.

He had already opted not to do a fortnight’s training in Miami, although the word from his team was that this was merely a precautionary measure. It means that the twice Wimbledon champion has made just one competitive appearance since winning the European Open in Antwerp on October 20. 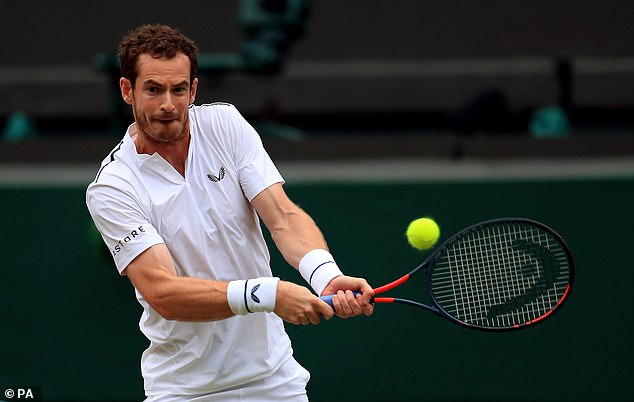 Murray had been practising in Scotland over Christmas with coach Jamie Delgado and posted a video clip of himself training in the gym, so Saturday’s announcement comes as something of a surprise.

‘It was always going to be a tight turnaround, but the team took the decision not to rush back, so he’ll continue hitting on court and building up fitness in January,’ said the statement.

Murray gave an emotional press conference prior to last year’s Australian Open, in which he ventured that his career was most likely ending. An operation two weeks later brought unexpectedly positive results.

While the triumph in Belgium confounded doubts about his ability to compete at the highest level, his absence from Australia underlines fears about whether his whole body will be able to hold up under the strains of intensive playing and training.

As his fitness trainer Matt Little has conceded, there is the danger that other parts of his body will come under extra strain as he adjusts to having the metal cap in his hip, which looks to have cured the problem in that particular locality.

After Antwerp – which was the end of a four week run that had also taken in a long trip to China – Murray took two whole weeks off, and he was below his optimum shape in Madrid as he struggled to see off the unheralded Dutchman Tallon Griekspoor. 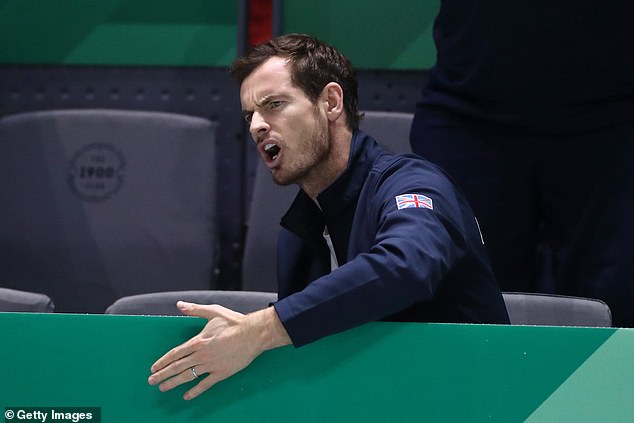 According to his management he still plans to play the ATP events in Montpellier and Rotterdam in early February. His no-show also deals a major blow to Britain’s hopes of doing well at the ATP Cup, which they are due to kick off on January 3 with a match against Bulgaria.

The somewhat confected selection process, based on rankings prior to the end of the season, meant there was no place for Kyle Edmund, whose late revival this year saw him as GB’s best player at the Davis Cup.

Edmund is already committed to playing the concurrent ATP events in Qatar and Adelaide at the start of the season, so cannot just slot in to the team being marshalled by Henman.

That means that GB are left with two singles players in Dan Evans and Cam Norrie, and the untested duo of Jamie Murray and Joe Salisbury. Murray is unable to play with regular partner Neal Skupski, again because the team has to be picked straight from the rankings of early November.