The male victim is reported to have suffered ‘psychological trauma’ as a result of the alleged incident at the Mandarin Oriental Hotel in February, 2009

A British pop star has been reported to police after allegedly fondling a man in a hotel toilet nine years ago – with the alleged victim also planning to sue the millionaire, it emerged today.

The singer is accused of groping the alleged victim as he left a cubicle at the Mandarin Oriental Hotel in Knightsbridge, West London in 2009.

The pop star is alleged to have fondled the 26-year-old’s genitals as he tried to button his trousers after going to the toilet.

The alleged victim, who had met the star through a mutual friend and shrugged off the incident at the time, has now asked police to investigate, citing ‘psychological trauma’ from the incident, it is claimed.

The Metropolitan Police confirmed to the newspaper that it is investigating, after the victim – who worked in TV – came forward on October 5, 2018.

A spokesman said: ‘A man contacted police to allege that he was sexually assaulted by another man in February, 2009 at the Mandarin Oriental Hotel, SW1.

‘Officers from Westminster are investigating. There has been no arrest.’

The singer is reported to strongly deny the allegation, according to The Sun. 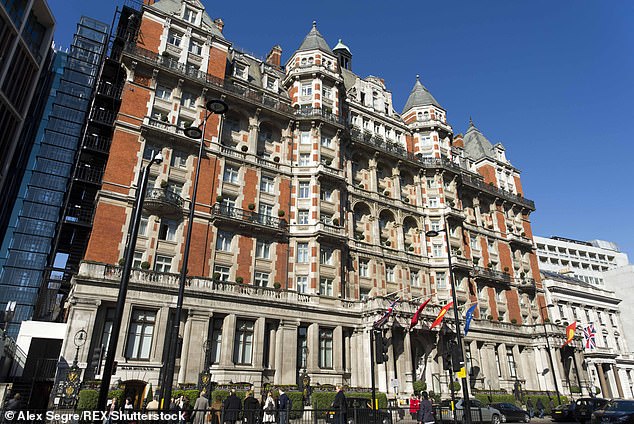 It comes in the wake of the Harvey Weinstein scandal, which prompted hundreds of sexual assault claims against various stars.

They include celebrities such as Kevin Spacey and R. Kelly who have been accused of exploiting their power in the industry, targeting underlings who worked for them or wanted to work for them, safe in the knowledge that they wouldn’t dare complain.

R. Kelly, 52, was accused in the documentary ‘Surviving R Kelly’ last month of having sex with underage girls and surrounding himself with sex slaves.

Kelly was convicted in 2002 over a video of himself committing sexual acts with a 14-year-old girl, but he was acquitted on appeal in 2008.

The artist, whose real name is Robert Sylvester Kelly, has been accused for decades of child pornography, sex with minors, operating a sex cult and sexual battery.

Last month Sony Music dropped Kelly – of ‘I Believe I Can Fly’ fame – over the allegations.