Music lovers should be banned from using smartphones at lives shows, a leading concert designer says.

LeRoy Bennett, who has worked on shows for Madonna, Prince and Paul McCartney, claims that concert-goers are becoming obsessed with capturing the perfect ‘Instagram moment’.

Mr Bennet added that musicians see poorly taken fan pictures on social media and become unfairly critical about their own appearance when it was just a ‘bad photograph’.

‘The whole Instagram thing is kind of a slippery slope because there’s a lot of people in the audience not all in the same spot, so some people take better shots than others, and artists see it and go, “this is terrible”,’ he told Rolling Stone.

‘If you’re in front of the stage looking at it, it’s easy to take a good Instagram. If you’re off to the side, pointing your camera sideways, it’s not necessarily the best angle.

‘It can be a pain in the a** when it comes to the lighting side of things because artists will look at these Instagrams and they get upset thinking that’s how they looked during the show when someone just took a bad photograph.’ 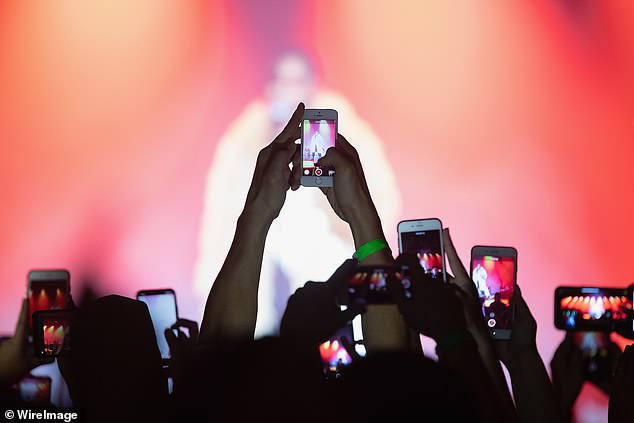 LeRoy Bennet said: ‘Artists will look at these Instagrams and they get upset thinking that’s how they looked during the show when someone just took a bad photograph’

This year Mr Bennett has worked as a set designer on the Grammy performances of Lady Gaga and Bruno Mars, as well as the Grand Central Station concert of Paul McCartney.

The proposed phone ban may prove popular among artists, many of whom have already taken a disliking to mobile phones at their live performances.

Jack White, formerly of the White Stripes, barred fans from taking phones to his tour performances in 2018, while Alicia Keys and Guns N’ Roses asked attendees to seal their devices in lockable bags.

Comedian Chris Rock similarly banned fans from using their phones during his ‘Total Blackout’ UK tour in London this year.

Income from live performances are increasingly important to musicians as income generated from streaming services is failing to match what they used to make from selling albums. 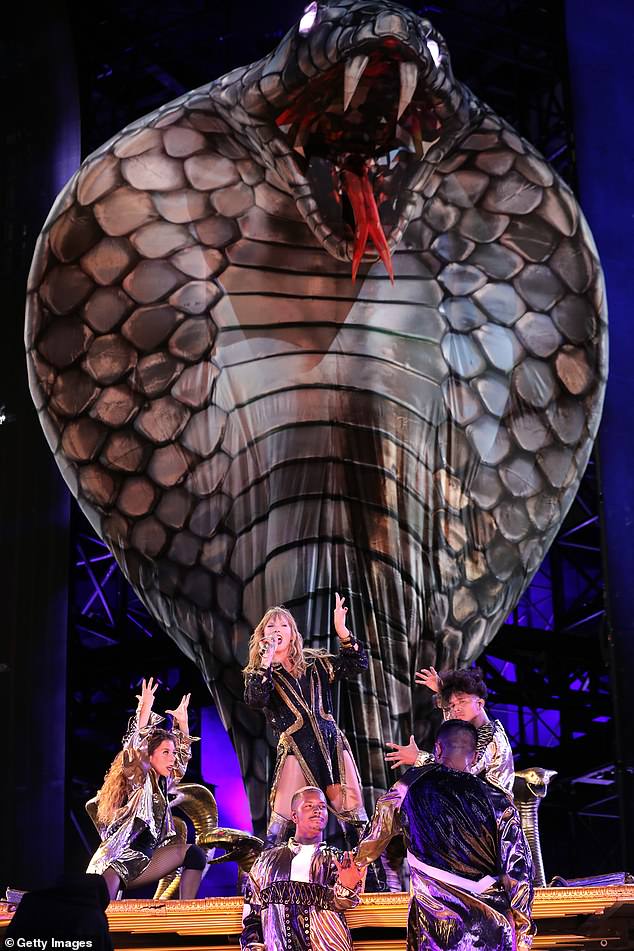 Music fans are split over the idea of implementing the ban.

Twitter user @mattyscsmith said: ‘There’s [sic] should be a phone ban before going to see someone in concert, I’ve seen every song from every seat in the O2 of Drake now.’

Another said: ‘Artists should ban phones from concerts, cause honestly people don’t even try to enjoy them anymore.’

One wrote: ‘If I ran a concert venue, I would ban people from coming back if they just held up their phones up and recorded stuff on Snapchat the whole time.’

Another said: ‘Just the thought of artists/bands trying to ban camera and phones seriously kills me. I have so many videos and pictures on my laptop from all the concerts I attended this year and I cherish them so much.’