The next Colonel Sanders is giving the character a little bit of ‘country music flair.’

KFC has picked country singer Reba McEntire to play the founder of the fried chicken chain – the first female celebrity in the role.

In the commercial, McEntire dons the Colonel’s famous white suit and black tie, but with a twist.

McEntire’s outfit has fringe on the back, and a glittery shine, giving the getup ‘a little bit of the country music flair,’ she told The Associated Press in an interview. 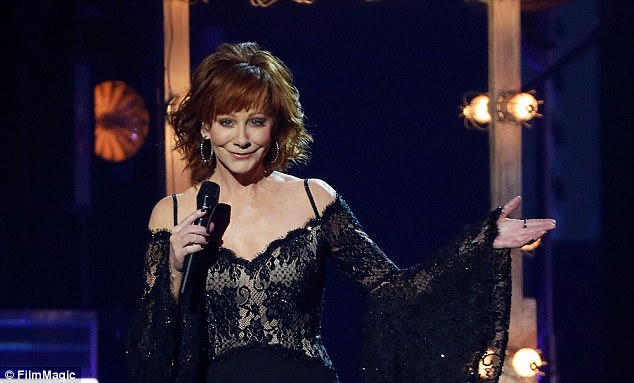 To play the singing Colonel, McEntire hides her famous red hair under a white wig and dons glasses, fake facial hair, a cowboy hat and a spangly, fringed jacket

‘I thought the transformation was really funny,’ said McEntire, who will appear in the ads until the end of April. ‘I got a big kick out of it.’

A rotating cast of famous names have portrayed the Colonel since 2015, but McEntire is the first famous female to do it, and the first musician.

She may also be the first woman in KFC’s nearly 90-year-history to depict the Colonel. The company said the ‘best historical minds at KFC’ could not remember a woman having stepped into the role.

McEntire was approached about portraying the Colonel in December.

‘I said “Holy smokes!,”‘ McEntire told The AP. ‘KFC has been a part of my life forever.’

KFC said it picked McEntire because of her Southern roots, and to help promote its new Smoky Mountain BBQ, which combines fried chicken with a taste of barbeque.

McEntire said she’s eaten at KFC all her life, since her days growing up in Oklahoma. 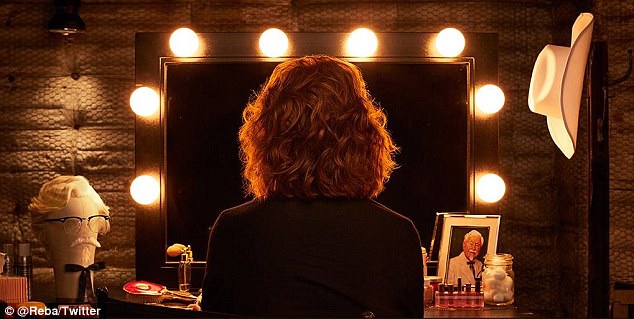 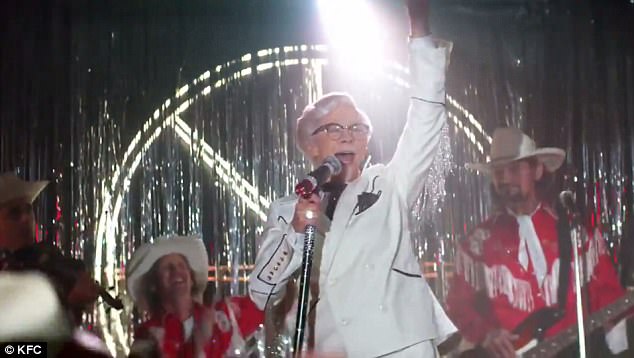 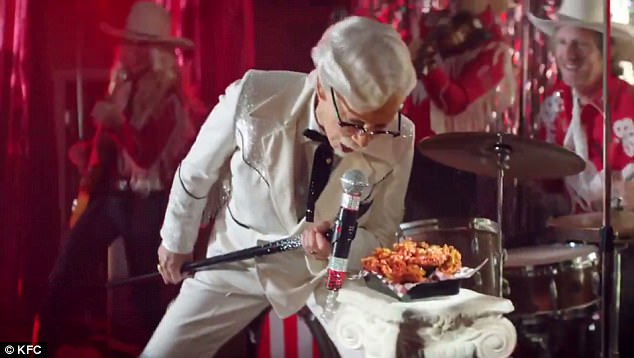 During the performance, the Colonel serenades a plate of chick, a wall is broken, a chair is smashed over a cowboy’s head and a quintet of cops line dance 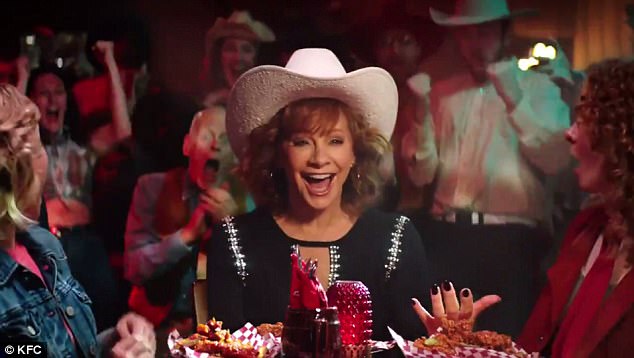 McEntire also makes an appearance as herself, sitting in the audience, in the commercial

On Thursday, she tweeted out a teaser photo of herself sitting at a makeup table, with an iconic Colonel wig, facial hair and glasses on a dummy head to her left and a white cowboy hat hanging on a peg on the right. A vintage, framed picture of the Colonel can be seen on the table.

Within minutes, KFC tweeted out the minute-long version of her commercial.

When the ad begins, McEntire has her back to the audience, showing off her spangly Colonel outfit, while standing on stage at a honky-tonk.

She then turns around to belt out the lyrics: ‘I’m Colonel Sanders, same as always, absolutely nothing’s changed. Oh please ignore any likeness to famous country singers, I’m definitely not a woman.’

The camera than pans to McEntire, as herself, sitting at a table in the audience.

As the Colonel continues to sing, at one point serenading a plate of Smoky Mountain BBQ flavor chicken, the audience collectively loses its mind, enthusiastically destroying the venue and bringing forth a quintet of line dancing cops.

The commercial ends with McEntire crooning, ‘I swear I’m not a famous woman.’ 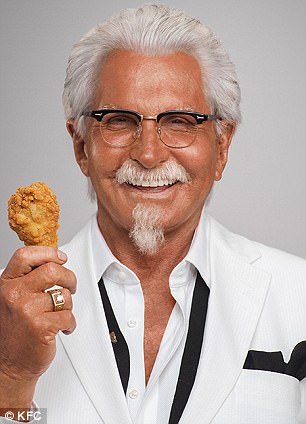 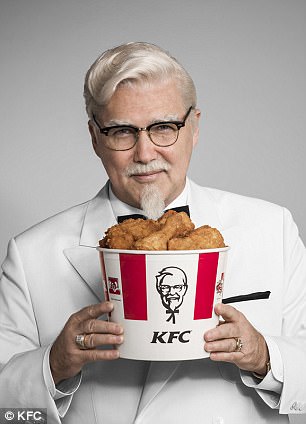 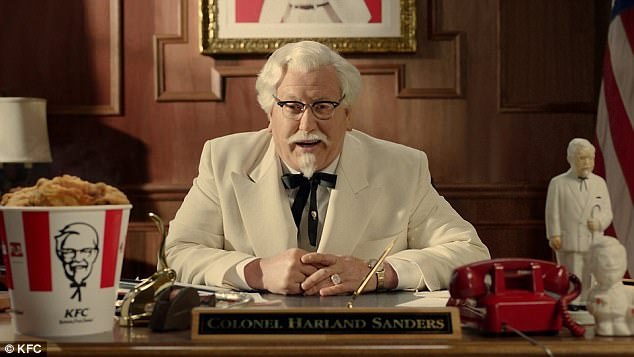 Darrell Hammond donned the Colonel mantel in 2015, becoming the first celebrity in the role

The ad was overseen by KFC’s new chief marketing officer, Andrea Zahumensky, who is trying to continue a turnaround of the brand. ‘I think this is going to be our most-loved Colonel yet,’ Zahumensky said.