Toronto police have released shocking video in their search for three suspects who were seen shooting a musician more than 30 times over a pack of cigarettes and a cellphone.

Jamal, a 29-year-old reggae and blues singer, was walking two friends to their car after a party when he was attacked by the three assailants on June 10.

Video released by the Toronto police shows the three suspects robbing the trio before Jamal is pistol whipped. The group leaves the area before coming back and opening fire on the musician.

‘They appeared with their guns,’ he said to the Toronto Sun. ‘The next thing I knew, one of them struck me in the head with his gun and a shot went off. I was knocked down to the ground.’

Jamal, a 29-year-old reggae and blues singer, was walking two friends to their car after a party when he was attacked by the three assailants on June 10

‘I didn’t feel the bullets at first. I remember the flashes from the guns. It was the weirdest out-of-body experience. It felt like I was above myself looking down at them shooting me.’

Jamal was taken to a local hospital by car where he walked in and handed the staff his health card.

The singer suffered 30 entry and exit wounds on his body while police found 33 shell casings in total.

Jamal was immediately taken into emergency surgery to stop both his external and internal bleeding. 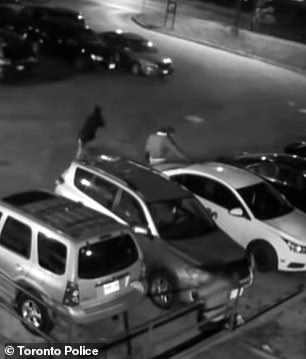 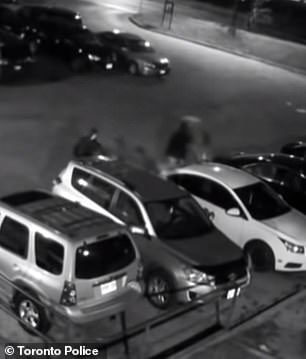 Doctors repaired the man’s damaged organs and veins while also putting plates in to repair his bones. They also removed most of the bullets.

‘I still have some in me,’ Jamal added. ‘The other day I was scratching my back and I felt something hard and cold come out of from my skin. I knew what it was. I would have a hard time going through a metal detector.’

The singer now suffers with PTSD and struggles trying to keep his spirits up. 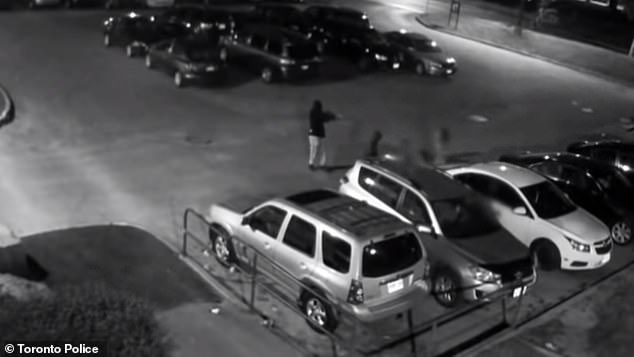 ‘Sometimes I feel so alone but then I remember I am lucky,’ admitted Jamal. ‘I believe God put me in that position because if it had been one of my friends shot, I would have felt even worse. It was better it was me. I think I was put there to protect my friends.’

Darryl Singer, a lawsuit lawyer, is representing Jamal in his potential lawsuit against the Toronoto Community Housing Corporation. Their angle stems from the shooting taking place in a not so safe area.

Police hope to get any information pertaining to the whereabouts of the shooters.

‘No regard for human life,’ added Supt. Ron Taverner. ‘It pisses me off.’

While Jamal is able to walk, he now suffers from limited arm and hand use. He also can’t sleep but the man is happy to be alive.

‘I want to use my second chance to help people,’ said Jamal. ‘I was blessed. I am not victim. I am a survivor. I survived.’