Checking in… Musician Gary Numan talks about life in Los Angeles, his love for one of California’s rare ‘quaint’ towns – and why Britons shouldn’t dismiss American friendliness as fake

This week musician Gary Numan checks into our travel Q&A.

He talks about his earliest holiday memory, his dream destination, why he moved to the U.S – and more.

Going to Weymouth with my family when I was a child. We had a caravan and all my aunts and uncles would come down. Seeing the military helicopters buzzing around in the sky was the icing on the cake for me.

A toss-up between idyllic Bora Bora, with its turquoise waters, in the South Pacific; and Borneo, with its rainforests and orangutans.

We moved to LA County — 20 minutes from Hollywood — several years ago for the weather and for my work.

DOES CALIFORNIA LIVE UP TO THE DREAM?

Yes, Yosemite National Park is a five-hour drive away and we’re also within a couple of hours of the mountains and the desert. But I don’t swim in the sea — I’m nervous of the sharks.

FAVOURITE PLACE IN THE U.S.?

Carmel, California. It’s right on the ocean and so quaint — and you don’t really get quaint much in this part of the U.S. At night, it’s all lit up and is like a fairyland.

YOU’VE GOT AN RV — TRAVELLED WIDELY?

I’ve had that RV for three years and used it twice. It’s my wife’s fault — she prefers staying in a hotel. It’s got square-shaped wheels because it’s been sat in the drive for so long… 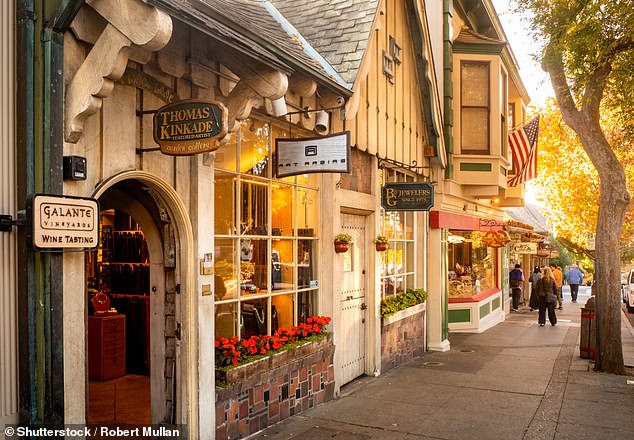 Gary said his favourite place in the U.S is Carmel, California, as it’s by the ocean and ‘so quaint’

ANY TIPS FOR BRITS GOING TO THE U.S.?

Most assume that American friendliness isn’t genuine — but in my experience, that’s a mistake. Most of them just are very friendly and when they wish you ‘a nice day’, they mean it.

HAS COVID SCUPPERED ANY TRAVEL PLANS?

I’d love to visit the UK next year for a family holiday. Ironically, I’ve managed to see more of Britain — be it the West Country, the Lake District or Scotland — since I moved to the U.S. than when I lived there.

Antarctica — there’s something so alluring about this frozen wilderness.