A musician played the guitar during a six-hour operation to remove a recurring brain tumour.

Musa Manzini, who has won awards in his native South Africa, showcased his musical abilities while under the knife so surgeons were better able to preserve his talent.

He can be seen plucking away at the instrument while lying on an operating table at the Chief Albert Luthuli hospital in Durban last week.

Dr Basil Enicker, who co-led the surgery, said that by playing the guitar the medics were able to ‘test regions of the brain before they were removed’. This enabled them to take out as much of the tumour as possible without causing damage.

Mr Manzini is recovering well and looking forward to recording another album.

Musician Musa Manzini played the guitar during an operation to take out his brain tumour. He is pictured on an operating table at the Chief Albert Luthuli hospital in Durban, South Africa, last week. The surgery enabled doctors to ‘test regions of the brain before they were removed’ 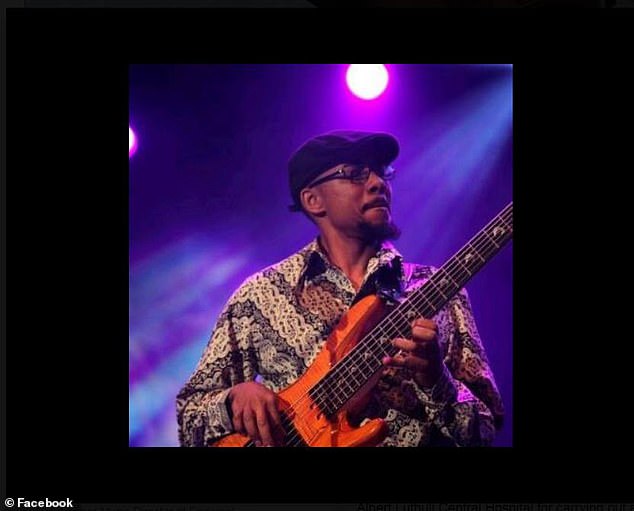 Mr Manzini, who is married, underwent a craniotomy – surgery to cut open his skull to access the brain.

Speaking from his hospital bed yesterday, the musician told news24: ‘They put me to sleep and then drilled my skull open. Once my brain was exposed, I woke up and played my guitar.’

Dr Enicker, who led the surgery along with Dr Rohen Harrichandparsad, encouraged him to have the rare procedure so his finger movements could be monitored.

This enabled the doctors to avoid damaging the area of the brain that controls voluntary movements, known as the motor cortex, which can lead to speech problems and even paralysis.

The operation also enabled the medics to record the electrical activity of his brain via electrodes that were placed on the exposed surface.

Mr Manzini said the decision to stay awake and play the guitar during the surgery ‘took into consideration his career as a musician’.

Dr Enicker told IOL: ‘In this way, we can test regions of the brain before [the tumour is] removed. This allows for increased removal of the tumour, while minimising damage to the brain.’

Mr Manzini thanked the doctors, adding ‘the most important thing is to look forward to life and to appreciate life’.

His recurring tumour was first discovered during an MRI scan in 2006. Following an operation to remove it, the growth reappeared in 2008 and again last May. 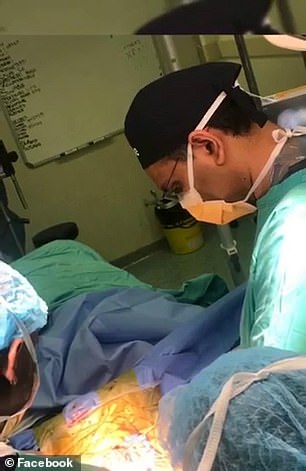 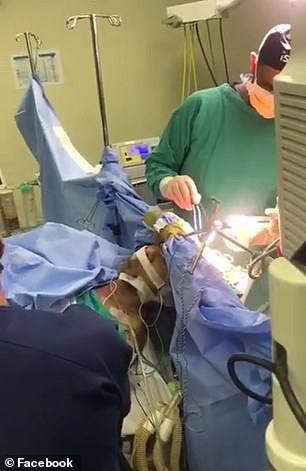 Doctors put Mr Manzini to sleep and ‘drilled his skull open’ (surgeons are pictured left and right during the operation). Once his brain was exposed, the musician woke up and started playing