Tesla CEO Elon Musk says investors have convinced him that he shouldn’t take the company private, so the firm will remain on the public stock markets.

The eccentric and sometimes erratic CEO said in a statement late Friday that he made the decision based on feedback from shareholders, including institutional investors, who said they have internal rules limiting how much they can sink into a private company.

‘Earlier this month, I announced that I was considering taking Tesla private. As part of the process, it was important to understand whether our current investors believed this would be a good strategic move and whether they would want to participate in a private Tesla,’ Musk wrote.

‘Based on all the discussions that have taken place over the last couple of weeks and a thorough consideration of what is best for the company, a few things are clear to me: Given the feedback I’ve received, it’s apparent that most of Tesla’s existing shareholders believe we are better off as a public company. 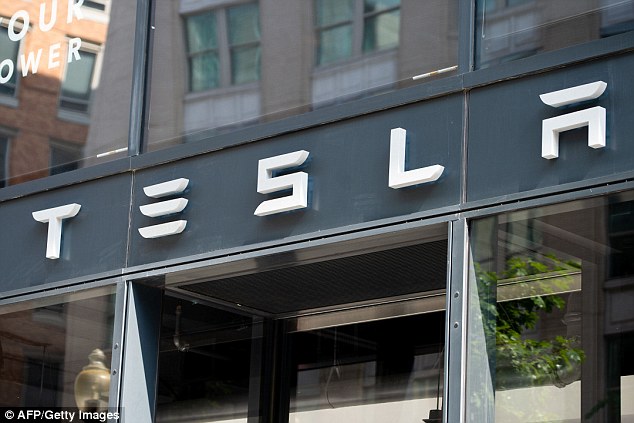 In a tweet earlier this week, he said he was considering taking Tesla private because it would avoid the short-term pressures of reporting quarterly results

‘Additionally, a number of institutional shareholders have explained that they have internal compliance issues that limit how much they can invest in a private company. There is also no proven path for most retail investors to own shares if we were private. Although the majority of shareholders I spoke to said they would remain with Tesla if we went private, the sentiment, in a nutshell, was “please don’t do this.”‘

In a tweet on August 7, Musk announced that he was considering taking the electric car company private.  He said it would avoid the short-term pressures of reporting quarterly results.

‘Am considering taking Tesla private at $420. Funding secured,’ he tweeted.

In a lengthy statement he added: ‘The reason for doing this is all about creating the environment for Tesla to operate best. As a public company, we are subject to wild swings in our stock price that can be a major distraction for everyone working at Tesla, all of whom are shareholders. Being public also subjects us to the quarterly earnings cycle that puts enormous pressure on Tesla to make decisions that may be right for a given quarter, but not necessarily right for the long-term.’

He said shareholders could sell or hold onto their shares and go private with Tesla. The announcement was met with a lot of push-back

‘My hope is all current investors remain with Tesla even if we’re private,’ he tweeted. Musk said on Friday that after speaking with investors the best thing to do was remain a public company Musk went on to say that he thinks the company works better when ‘everyone is focused on executing’ and carrying out there long-term mission. He also said that if the company went private, there was a chance it would become public again later on.

The decision to take Tesla private was met with some push-back and, according to Bloomberg, stock in the company fell under $300 per share earlier this week, coming off a $380 spike from when he first announced the news to go private.

The outlet reports that the SEC also homed in on Musk’s comment that he already had ‘funding secured’ to take Tesla private, which prompted some of the company’s board of directors to retain lawyers in case there was an SEC inquiry.

In his statement on Friday, Musk said he knew the process of taking Tesla private would be ‘challenging’ but said he didn’t anticipate how time-consuming and distracting it would be.

‘This is a problem because we absolutely must stay focused on ramping Model 3 and becoming profitable,’ he wrote. ‘We will not achieve our mission of advancing sustainable energy unless we are also financially sustainable. That said, my belief that there is more than enough funding to take Tesla private was reinforced during this process.’

Musk said after considering various factors and talking with the board he decided Tesla should remain public.

‘The Board indicated that they agree,’ he said.