Muslim convert, 27, who fled UK is jailed for five years

Ismael Watson has been jailed for five years

A Muslim convert who became ‘quickly radicalised’ and fled the UK to ‘fight and kill’ for ISIS has been jailed for five years after his pregnant wife ‘snitched’ on him.

Ismael Watson travelled to Turkey and changed his appearance with hair gel to ‘look more Syrian’ but was stopped and sent back to Britain as he tried to cross the border into Syria, the Old Bailey heard.

He was intercepted by Turkish authorities and deported to the UK after vowing to carry out terrorist atrocities during encrypted chats with undercover MI5 agents.

Prosecutors said the chats showed Watson’s ‘hatred for Western society’ and his determination to fight in a ‘holy war against Western oppressors’.

The 27-year-old, who has suffered from a bipolar disorder, had denied preparation of terrorist acts and had opted to represent himself but refused to attend court.

His first trial was abandoned and following a two-day retrial, he was found guilty in his absence.

The defendant, formally known as Jack Watson, came from a non-Muslim family in Liverpool and was described by his mother as ‘meek, mild and easily influenced’.

Following his conversion to Islam he was ‘quickly radicalised’ and in 2015 he married Sharmina Begum at a mosque in Birmingham.

The couple moved into a shared house in Walsall but the relationship broke down by January last year as Watson’s views became increasingly extreme from watching IS videos, jurors heard. 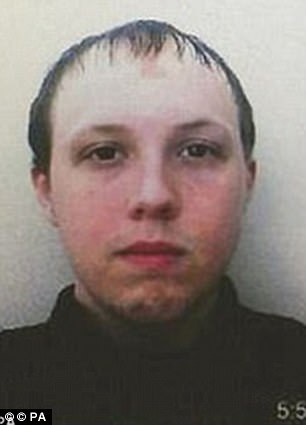 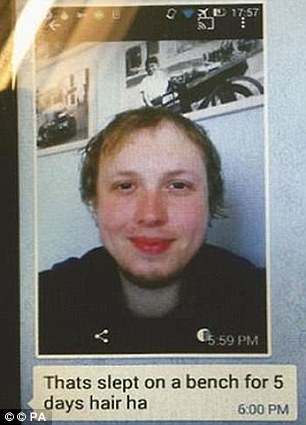 Watson, formerly known as Jack, sent an undercover police officer this picture of himself with his hair gelled down (left), which he hoped would make him look ‘like a refugee’ so he could get across the Syrian border and join ISIS

Prosecutor Oliver Glasgow QC had told jurors how Watson made preparations to join ISIS between January last year and February 23.

He took a flight to Morocco then made his way to Turkey and allegedly sought help to cross the border into Syria via contacts on the internet, not realising he was speaking to two undercover security service agents.

In a conversation on March 30 last year, an officer asked him if he had been ‘hot’ before he left Britain, and Watson replied: ‘Yes I was hot. My wife snitched on me and left. While pregnant [she] told them everything.’

Jurors were told Watson’s encrypted chats with undercover agents ‘revealed the extent of his hatred for Western society and his avowed intent to take part in terrorist activity’.

Mr Glasgow said: ‘There is no doubt that had he succeeded in his attempt to enter Syria he would have joined IS and that he would have fought for them.’

In September 2015 he married Sharmina Begum at the Green Lane Mosque in Birmingham, but he became so radical that she left him in January 2016 after they moved to Walsall in the West Midlands.

‘He started to watch IS videos and listening to lectures about jihad,’ said Mr Glasgow.

‘He started to refer to non-Muslims as kuffars [non-believers] and he spoke of his desire to travel to Syria.’

‘Joining Isis and helping them in any capacity, whether it’s to fight or anything else would be an act of terrorism,’ explained Mr Glasgow. 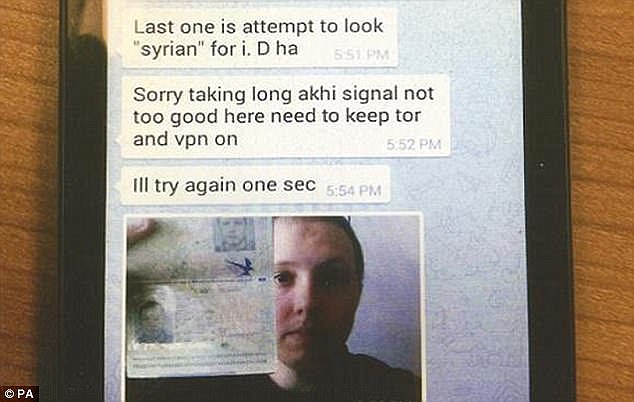 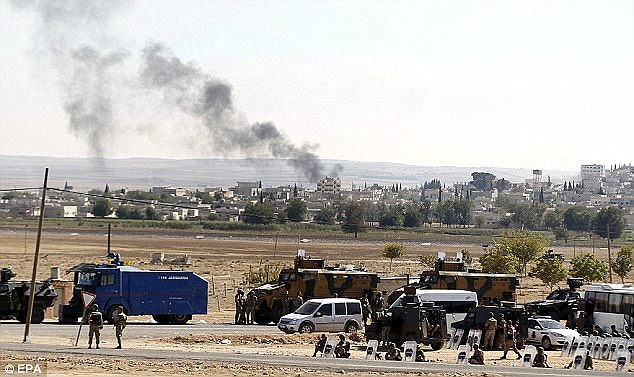 Asked what jobs he wanted to do in Syria, Watson suggested he could help with film-making, proof-reading and cooking.

Watson was detained in Turkey and sent back to Britain in February.

He denied but was convicted of preparing to commit acts of terrorism between 1 January 2016 and 23 February this year contrary to Section 5 Terrorism Act 2006.

Sentencing, Judge Anuja Dhir QC told him: ‘The evidence in this case proved that at the time of the offences you held deep and extensive radicalised beliefs that were demonstrated by the large volume of extremist material found on your mobile phone, and your positive and stated support for Islamic State and those involved in jihad.

‘You wanted to fight for Islamic State and you demonstrated a willingness to kill for them.’

She ordered Watson to spend an extra 12 months on extended licence.