The Adelaide-based Shia religious leader and author made a video of himself flicking through the index, which featured references to jihad, ‘taking hostages at war’ and taxing ‘infidel’ non-Muslims.

Shortly before boarding his flight, he told Daily Mail Australia a fundamentalist Sunni Islamic law book had the potential to ‘certainly radicalise someone’.

‘It can turn a regular traveller or a frustrated vulnerable traveller into an extremist,’ he said, shortly after midday on Thursday.

‘It goes against national security.’

Sheikh Tawhidi said that while the book of Islamic jurisprudence was possibly planted by an activist, Melbourne airport needed to ‘take action’.

‘Thanks for your message. We have a publicly accessible multi-faith prayer room open to travellers of various religions,’ it said.

‘The book has been removed for assessment of its suitability.’ 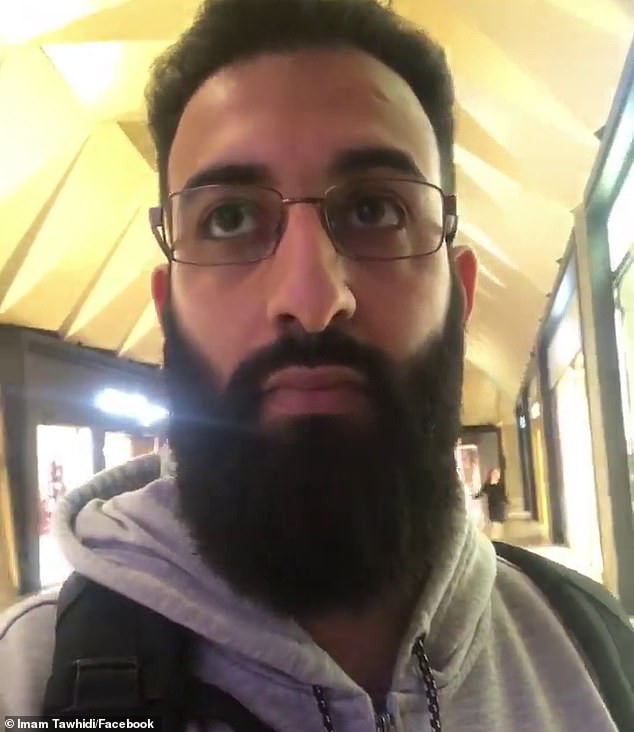 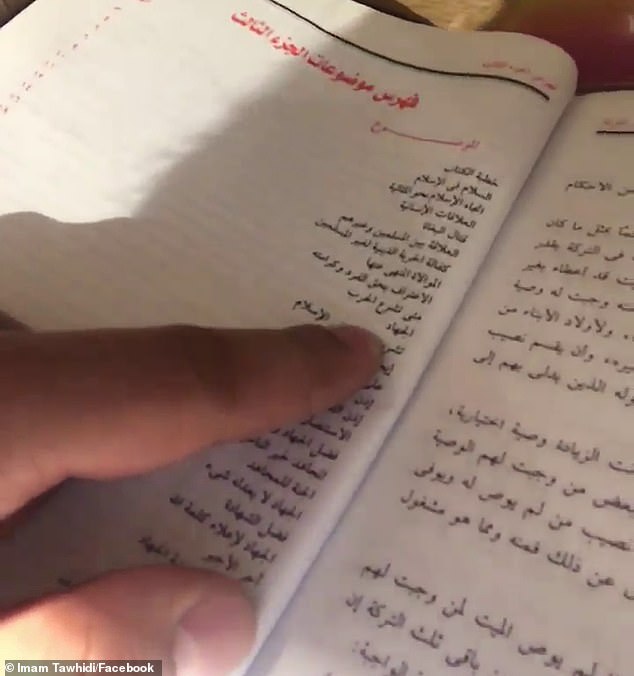 The Iranian-born sheikh, who moved to Australia from Iraq in 1995 when he was 12, asked for his travel plans to be kept secret, following threats to his life from Islamic extremists.

He has backed Prime Minister Scott Morrison’s call for Muslim leaders to be aware of radicalised individuals who had visited their mosques, following Friday afternoon’s Melbourne terrorist attack.

‘I will not accept any of these excuses of political correctness. 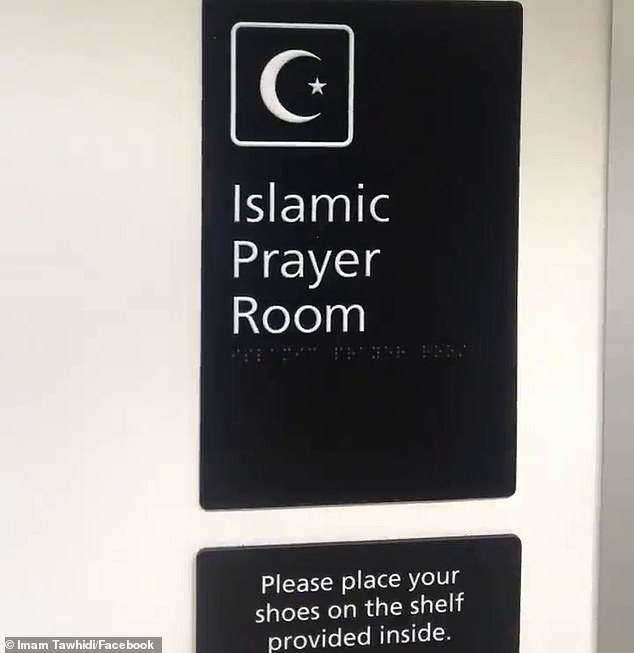 Sheikh Tawhidi said that while the book was possibly planted by an activist, Melbourne airport (prayer room pictured) needed to ‘take action’

‘It’s not a one-off matter. The Muslim community should use the liberties in Australia, the freedoms here, to side with the police against the radicals.’

The spiritual leader of that hardline Sunni mosque, Mohammed Omran, has blamed Australian authorities for failing to catch the murderer.

The suburban mosque, run by the Salafist Ahlus Sunnah Wal Jamaah Association, had also reportedly radicalised Melbourne teenager Jake Bilardi, who went to Iraq in 2015 to become a suicide bomber.