Muslim immigrant from Sydney is jailed for funding ISIS

A Sydney man, disturbed from time spent in Australian immigration detention as a child, has been jailed for financing Islamic State.

Ali Al-Talebi was sentenced to a maximum of 12 years’ jail and a minimum nine years on Monday for his role in sending $6,000 to Pakistan in 2014 and attempting to send another $US9,000.

The 27-year-old, who arrived on Christmas Island by boat as a 10-year-old, before being transferred to Curtin Detention Centre in Western Australia, did not react when Judge Robert Sutherland delivered the sentence in Penrith District Court.

Al-Talebi, originally from Iraq, was found guilty of two counts of supplying funds to a terrorist organisation after instructing a young associate to send two parcels of $3,000 to Pakistan.

A Sydney man, disturbed from time spent in Australian immigration detention as a child, has been jailed for financing Islamic State (stock image)

He was also convicted of one charge of attempting to make funds available to a terror organisation, relating to the $9,000 in US bank notes that was never sent, due to a high transfer fee that the associate decided against paying.

The court heard Al-Talebi had been disturbed by events as a child while held in the WA detention centre.

‘He saw a person preparing to hang himself,’ Judge Sutherland told the court, from evidence provided by a psychologist’s report.

Judge Sutherland said Al-Talebi had only realised what he had seen after someone told him the man had killed himself.

The ISIS financier was described as a ‘caring person’ and ‘diligent student’ by a previous principal, while the court heard he played club cricket and 1st grade rugby in Melbourne and Sydney. 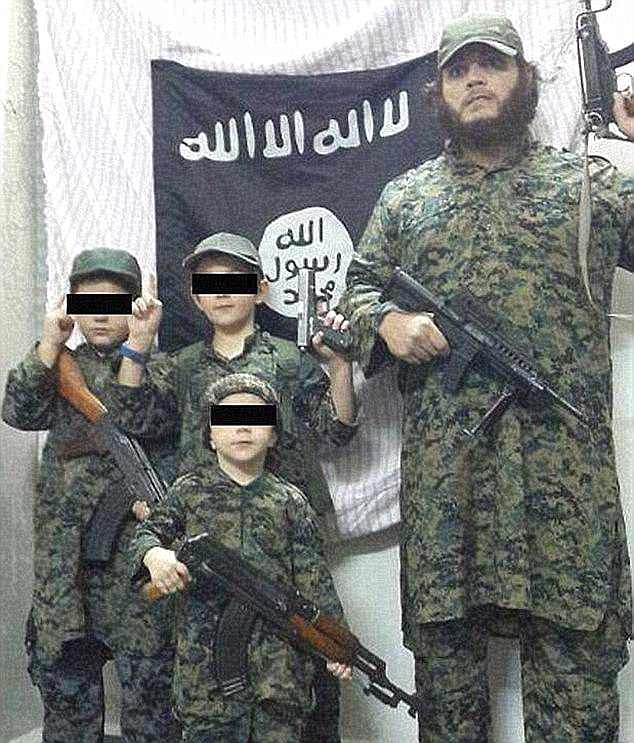 Ali Al-Talebi, was sentenced to a maximum of 12 years’ jail and a minimum nine years on Monday. Pictured, notorious Australian terrorist Khaled Sharrouf and boys believed to be his sons

Judge Sutherland said Al-Talebi met with associates at the underground car park of a Parramatta mosque to exchange money that was to be sent to Pakistan, where it would be used to fund the transportation of fighters into Syria.

‘He was well aware of the illegality of his actions and took steps to avoid detection from the authorities,’ Judge Sutherland said.

The young man Al-Talebi used to transfer the funds, who cannot be named, provided evidence against him in the trial.

The group used Western Union to transfer two lots of $3,000 in consecutive days in August 2014.

The court heard the associate who decided against sending the $US9,000 overseas then packed his cargo pants with the bills, only for it to be later discovered by his mother in what Judge Sutherland described as ‘a comedy of errors’. 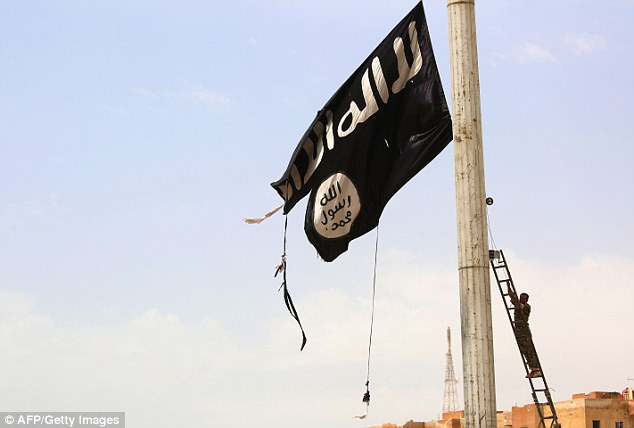 A member of the US-backed Syrian Democratic Forces (SDF), made up of an alliance of Arab and Kurdish fighters, removes an Islamic State group flag in the town of Tabqa

Police found material on Al-Talebi’s phone that discussed trampling the heads and crushing the skulls of non-believers and spreading hell.

‘Victory will be achieved again only with the blood of martyrs,’ one of the chants, or nasheeds, found on his phone stated.

‘Do your utmost till death, spread hell all round and seek death for the sake of dignity,’ said another.

Al-Talebi, who had been jailed since December 2014, could be eligible for parole in late 2023.

Readers seeking support and information about suicide prevention can contact Lifeline on 13 11 14. 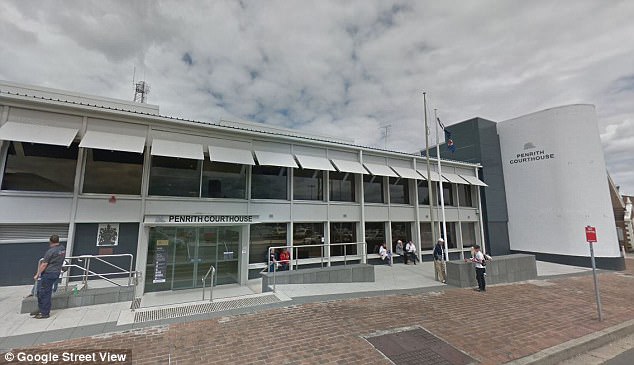