A fundamentalist Muslim sheikh has declared he refuses to wish anyone a Merry Christmas so he can please Allah and go to heaven.

Jamil El-Biza, from Wollongong south of Sydney, told his thousands of Facebook followers shunning a Christian holy greeting would ensure he went to paradise after death.

‘I’d rather be resurrected on the day of judgement, with the fact I made a few hundred million unhappy with me because I refuse to say “Merry Christmas”, rather then being brought forward before Allah and having to explain to him why I congratulated a Christian who worships Jesus as lord,’ he said on Christmas Day. 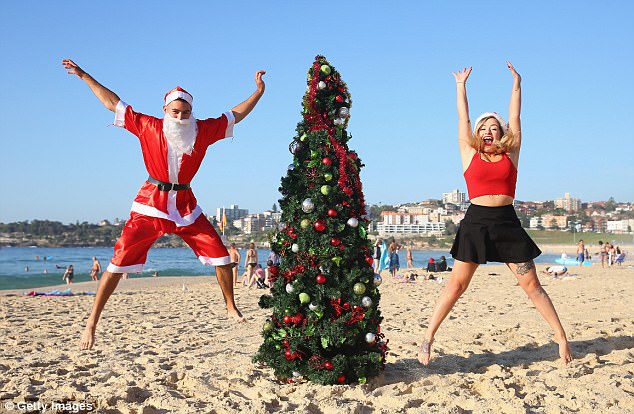 Jamil El-Biza, a Sunni hardliner, says refusing to say Merry Christmas will get him to heaven

The Sunni hardliner, who counts the Grand Mufti Ibrahim Abu Mohamed as a Facebook friend, in September described gay marriage as ‘evil’ and referred to homosexual men by a derogatory term.

‘I see it as a sign of whether the public has openly accepted that f****ts and lesbians have the right to officially claim that they are married,’ he told his 3,668 Facebook friends.

Mr El-Biza, who is a member of the Australian National Council of Imams, cleared eight years worth of social media posts in September after Daily Mail Australia exposed his comments on gay marriage. 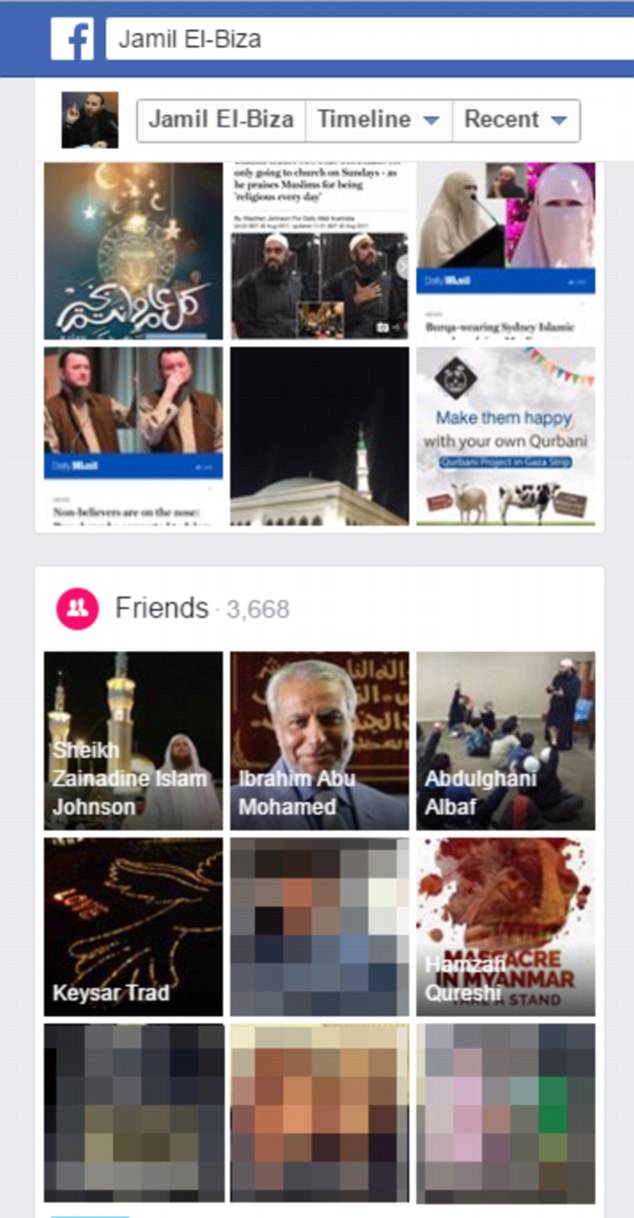 Mr El-Biza is affiliated with the Ahlus Sunnah Wal Jamaah Association, which tells its followers it is sinful for Muslims to participate in non-Islamic events including Christmas and New Year’s Eve parties.

He often accuses critics of Islamist fundamentalism of ‘spreading hate’ and hoped the late cartoonist Bill Leak would ‘never rest in peace’ for mocking Islam.

Of Australia’s Muslim sheikhs, Mr El-Biza has used the most strident language against homosexuality and even Shiite Muslims, who said in 2013 needed to be ‘destroyed’.

Fellow ASWJ fundamentalist preachers include Abdulghani Albaf, who has denounced Muslim men for using public urinals, and Mohamad Doar, who told teenage girls they would go to hell for having non-Muslim friends or plucking their eyebrows.

It also includes Islamic teacher Nassim Abdi, who says women should refrain from going to university if it means they have premarital sex.