Two Muslim women who allege they were forced to remove their hijabs when they were arrested have filed a civil rights lawsuit against New York City, arguing their religious liberties were violated.

Jamilla Clark and Arwa Aziz claim police officers forced them to remove their head scarfs for mugshots even though they repeatedly stated doing so was against their faith, according to a federal class-action lawsuit filed on Friday.

The women are seeking unspecified damages as well as a change of a city policy that requires head coverings be removed for official photos taken by the police department – even if they don’t cover someone’s face, like a hijab, which usually covers the head and chest. 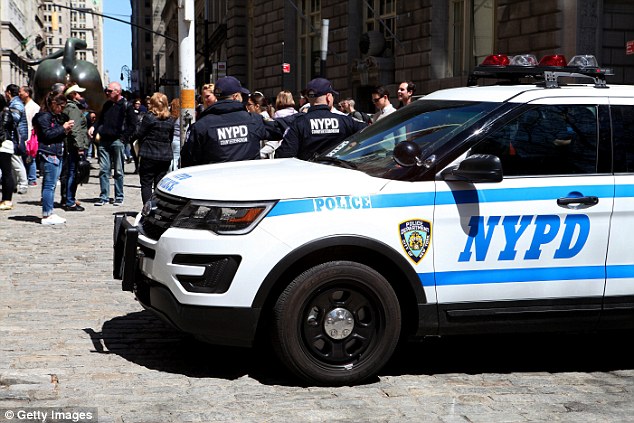 ‘Requiring a Muslim woman to remove her hijab in public is akin to demanding that a secular person strip naked in front of strangers,’ the lawsuit states.

The suit argues that the current law for booking arrests violates the First Amendment rights of any civilian whose religion requires them to wear a head covering, such as Orthodox Jews and Sikhs.

Clark, who’s from Cedar Grove, New Jersey, was arrested on January 2017 for violating a protective order, as reported by the New York Times.

The 39-year-old was allegedly kept in a holding cell for hours as she explained between tears that her religion forbids her from removing her hijab in front of men who aren’t in her intimidate family.

The lawsuit claims she was told she would be prosecuted if she refused, with one officer making ‘numerous hostile comments about Muslims’.

Eventually, after being moved to the NYPD headquarters, Clark agreed to let a female officer take her photograph with her head uncovered. The suit claims the female officer proceeded to show the photo to about five male officers. 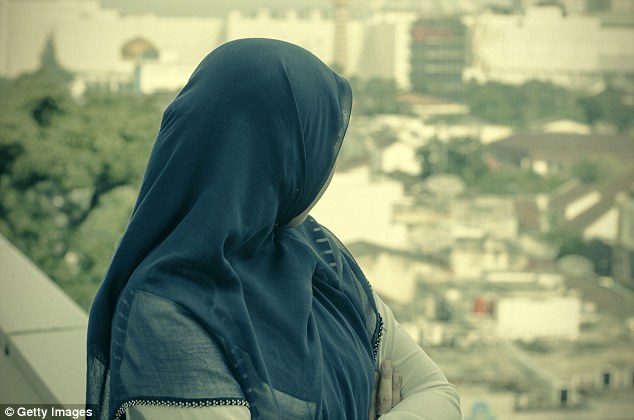 ‘When they forced me to take off my hijab, I felt as if I were naked. I’m not sure if words can capture how exposed and violated I felt,’ Clark said in a Council On American-Islamic Relations press release.

Aziz, on her part, faced a similar incident when she was arrested in Brooklyn last August under the same charge as Clark, and was allegedly forced to pull down her hijab while in a hallway crowded with dozens of male prisoners.

The 45-year-old claims that the prisoners turned away in respect after she removed her hijab. The officers, in contrast, looked on, with one of them telling her: ‘It’s the law.’

According to the lawsuit, Aziz  ‘wept throughout the entire ordeal’ and still feels ‘distressed and humiliated’ from the experience.

Although both the women’s charges were dismissed, their mugshots live on in the databases of the NYPD – a source of great anguish for Clark and Aziz, they claim.

‘The existence of this photograph haunts Ms. Clark, who is distressed by the prospect of the photograph being viewed again and again by men who are not members of her immediate family,’ the lawsuit says. 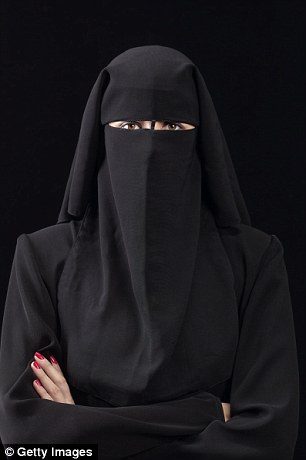 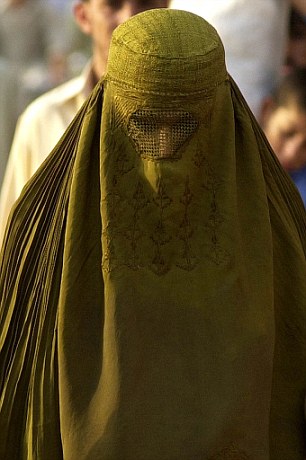 Clark and Aziz’ lawsuit does not address burqas (right) and niqabs (left), different religious garments worn by some Muslim women that do cover the entire face

According to the NYPD rules, any arrestee who refuses to take a head covering off for religious reasons is to be transported to the department headquarters where they can have their picture taken more privately.

Aziz says she was also offered this option but was told there was no guarantee a woman officer would be there to take her photo.

In a statement to the Associated Press, the New York City Law Department said the policy  ‘carefully balances the department’s respect for the customs of all religions with the legitimate law enforcement need to take arrest photos’.

Their statement continues: ‘Persons who do not wish to remove religious head coverings in front of others have the option of being taken to a separate, more private facility to be photographed.’

Clark and Aziz’ lawsuit does not address burqas and niqabs, different religious garments worn by some Muslim women that do cover the entire face.