By Kelsey Wilkie and Sahar Mourad For Daily Mail Australia

Muslims in Australia are asking for two public holidays for their two annual Eid celebrations.

A petition has been submitted to the Parliament of Australia asking for Eid Ul-Fitr and Eid Al Adha to be publicly recognized.

The petition says the Muslim community would like more time to celebrate. Thus far it has 2,468 signatures and is expected to be presented on October 15. 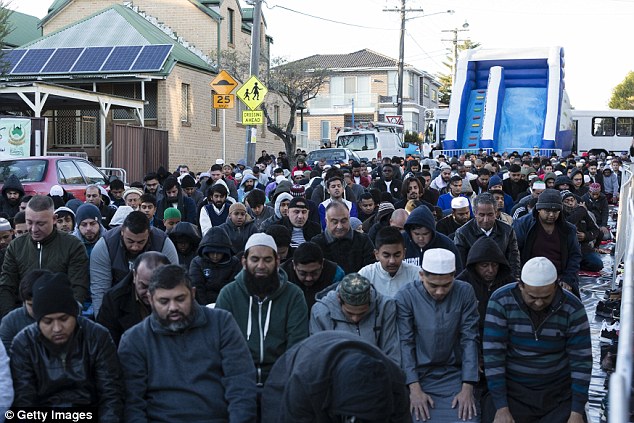 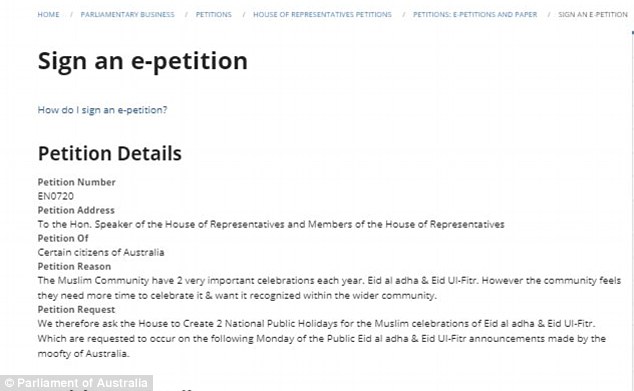 ‘The community feels they need more time to celebrate and want it recognized within the wider community,’ the petition says.

The public holiday would fall on the Mondays following Eid Ul-Fitr and Eid Al Adha.

They also want the celebrations be recognized by the wider Australian community – not just people who follow Islam.

The Eid-al-Fitr is one of only two major festivals in the Islamic faith and sees Muslims give money to the poor and needy as an obligatory act of charity.

The other major celebration is Eid Al Adha, or Festival of Sacrifice. It marks the conclusion of the Hajj pilgrimage in Mecca.

It is based on the story of Prophet Ibrahim, or Abrahim in the Christian and Jewish traditions, who was commanded by God to sacrifice his son.

The story goes that the Prophet Ibrahim obeyed the orders from God and as he was about to sacrifice his son, a ram was took place of the Prophet’s son and was sacrificed instead.

Eid is considered a joyous occasion for Muslims where family and friends get together and celebrate, wear new clothes, and donate to the poor. 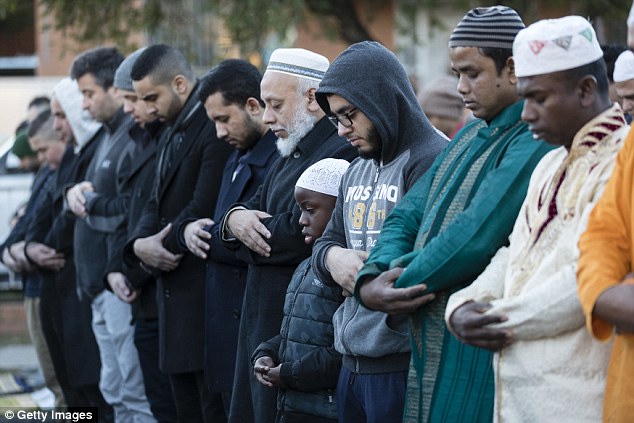 Pictured is a morning prayer at Lakemba Mosque in June. The Eid-al-Fitr is one of only two major festivals in the Islamic faith