My Brilliant Friend: Parts 1 and 2

Until February 22, 2hrs 35mins each part

Watching these shows is a bit like driving a hire car in Naples. It’s an exhilarating adrenaline rush, and you’ve no idea where you’ll end up. Do you need to have read the hugely popular Neapolitan novels by Elena Ferrante?

Well, I loved these shows without knowing the books at all. Possibly it’s even an advantage.

This production was originally seen at Kingston upon Thames’s Rose Theatre in 2017. The same two actors – Niamh Cusack and Catherine McCormack, both on flying form – play the girls whose entwined fates are sketched over six decades in post-war Italy. 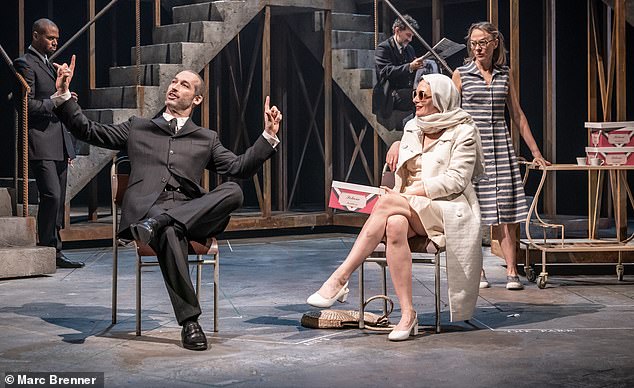 Niamh Cusack and Catherine McCormack (above with Adam Burton), both on flying for, play the Lila and Lenu whose entwined fates are sketched over six decades in post-war Italy

Cusack is the earnest, if jealous Lenu – what our Prime Minister would call ‘a girly swot’ – who will become a novelist. McCormack is Lila: brilliant, wild and with the glint of a death wish.

Women are battered blue. Eyes are gouged. In Melly Still’s pungent staging, when Lila is raped on her wedding night, it is her empty dress that gets obscenely violated. The men in this are all pigs, which may sound overly feminist but is no more than the truth as Ferrante saw it.

The name Elena Ferrante is a pseudonym. The writer says keeping her real name secret is the key to her writing process.

Lenu’s husband is a patronising professor. She has a disastrous affair with the two-timing intellectual poseur Nino (Ben Turner, a slimy joy) for whom both she and Lila fall.

Much of the evening’s menace is supplied by two Camorra thugs, organised crime providing the narrative’s machismo and corruption. Watch out for Emily Mytton’s superb mafia crone with the lethal hairpin!

The epic swirl of the decades in Naples and then Florence is conjured on the Olivier’s revolving stage to a soundtrack featuring music from Purcell to Hendrix, The Beatles to Bowie.

The first play is the best. The second has an overload of incident (Lila goes from being a pork processor to freedom fighter to business executive), including an earthquake.

But at all times the passions and struggles of the two friends are vividly there on the stage. I emerged feeling well rewarded and wanting to read the books.

This is a stage version of Irving Berlin’s film musical, which starred Bing Crosby and Danny Kaye as the ex-infantrymen turned goofball song-and-dance double-act. They find themselves holed up in a snowless Vermont skiing inn, puttin’ on a Christmas benefit show for their old army general.

It’s choreographed to the hilt by Stephen Mear, with Danny Mac and Dan Burton as the boys, and Clare Halse and Danielle Hope as the singing-sisters act they pair up with. Michael Brandon is the sweet old general, now a useless innkeeper. 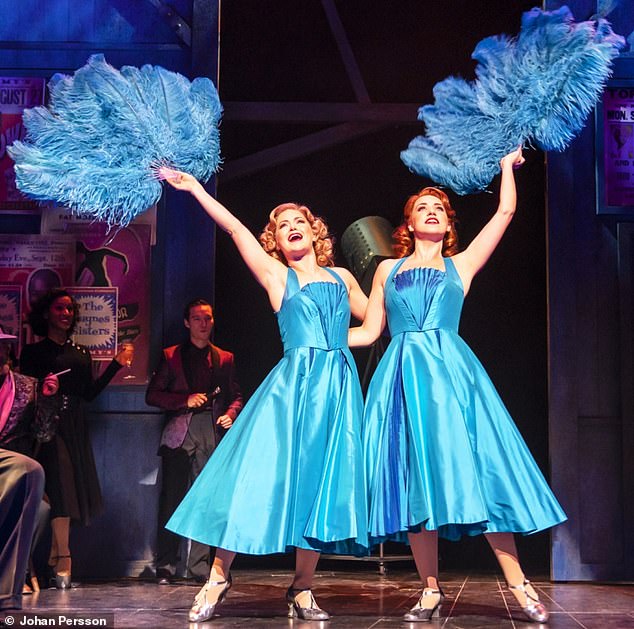 It’s choreographed to the hilt by Stephen Mear, with Danny Mac and Dan Burton as the boys, and Clare Halse and Danielle Hope (above) as the singing-sisters act they pair up with

In the absence of a proper plot, the cast’s job is simply to dance and deliver the lovely old songs (Let Yourself Go, Blue Skies and, of course, White Christmas), which they do immaculately.

A West End belter it is not. But this is still a gift-wrapped, festive treat for fans of Irving Berlin’s golden touch.

In this jukebox musical, Shakespeare’s play gets a rewrite. Juliet doesn’t die, she dumps Romeo and then goes on to party in Paris, to a pop soundtrack. The hits – by Katy Perry, Britney Spears, Backstreet Boys and others, all written by Max Martin – are crammed into a totally daft story in mock-Tudor costumes.

The show is saved from its own utter absurdity by unfettered campery, good-heartedness and some spunky performances. Notably the rangy Miriam-Teak Lee as the rebellious Juliet, Oliver Tompsett as a badgered Bard, Cassidy Janson as a bolshie Anne Hathaway and Melanie La Barrie as the Nurse who finds lurve.

Luke Sheppard’s hard-partying production goes on too long. But the hits – including … Baby One More Time, Roar and Everybody (Backstreet’s Back) – are thunderously well staged. 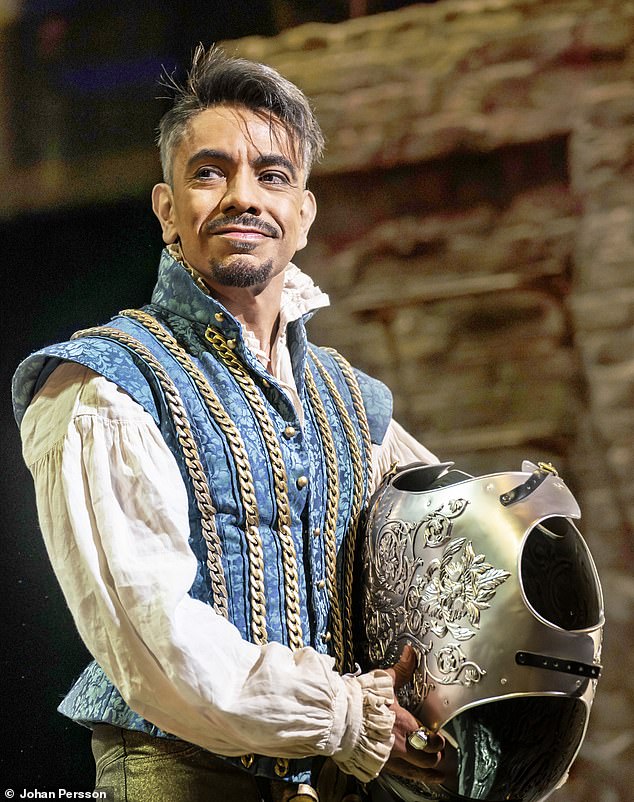 In this jukebox musical, Shakespeare’s play gets a rewrite. Juliet doesn’t die, she dumps Romeo and then goes on to party in Paris, to a pop soundtrack (David Bedella as Lance, above)

Shakespeare should probably sue. But for the right crowd, this musical comes across as the West End’s quirkiest hoot.