My haven, Sir Lindsay Hoyle, 64, in the Speaker’s study at the Palace of Westminster

Sir Lindsay Hoyle (pictured), 64, shared items of significance from his Speaker’s study in the Palace of Westminster 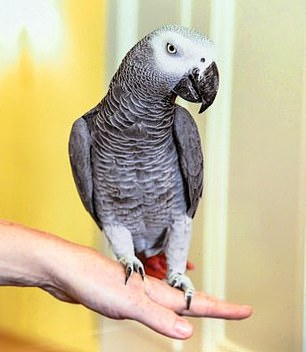 Boris and I don’t get on – if I want him to perch on my hand, he’ll try to nip me. I’m talking about my parrot, seen in this photo, not the PM!

He’s picked up a few of my phrases, like ‘point of order’, and sometimes startles passengers on the train by blurting out, ‘Lock the doors!’

My pets also include Betty, a Patterdale terrier [named after ex-Speaker Betty Boothroyd] and Maggie, an African sulcata tortoise, who’s got a hard shell and is not for turning.

As the 158th Speaker of the House of Commons – I was elected in November 2019 – my life revolves around this annunciator, which provides updated information on what’s happening in the Chamber. The only time it’s ever turned off – for a minute or two at most – is so that I can keep up with the latest cricket scores. 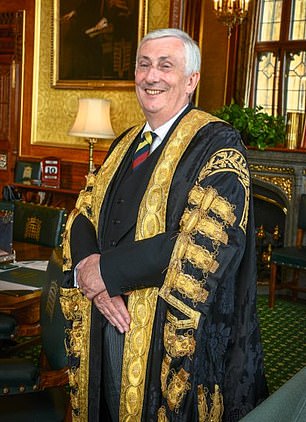 I wear this Speaker’s Robe at big events like the State Opening of Parliament. I inherited it from the previous Speaker, John Bercow. The eagle-eyed might spot me sneaking a few jelly babies when I’m in the Speaker’s chair.

I was diagnosed with type 1 diabetes before the 2019 general election, and Theresa May, who also has it, told me to always have the sweets to hand to boost my sugar.

I’m very fond of the group photo here taken at my first State Opening of Parliament as Speaker in December 2019 with my older daughter Emma, 44, son-in-law Will, my wife Catherine, and my father Doug, 91 [the former Labour MP and now peer] and in the front my two grandchildren, Sophia, seven, and Austin, nine.

The other photo is my younger daughter Natalie, who we sadly lost in 2017. Her death was devastating for the family. 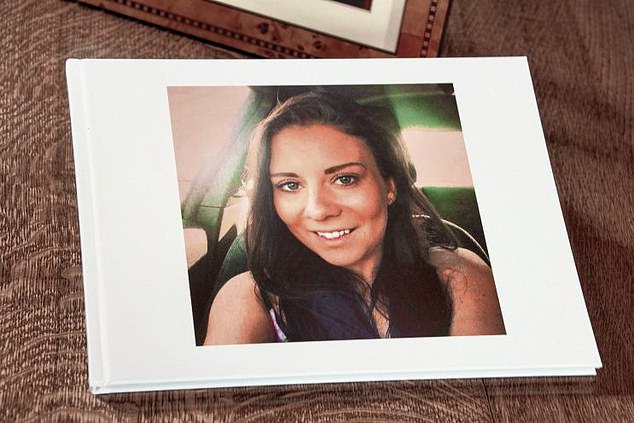 Sir Lindsay’s younger daughter Natalie, pictured, who sadly died in 2017, with her death being devastating for the family

I’m a big fan of that great Northern sport, rugby league, and was chairman of what was Chorley Rugby League Club for several years, so I like having this ball around.

I was proud to be given the All Party Parliamentary Rugby League Group outstanding service award [next to the ball]. 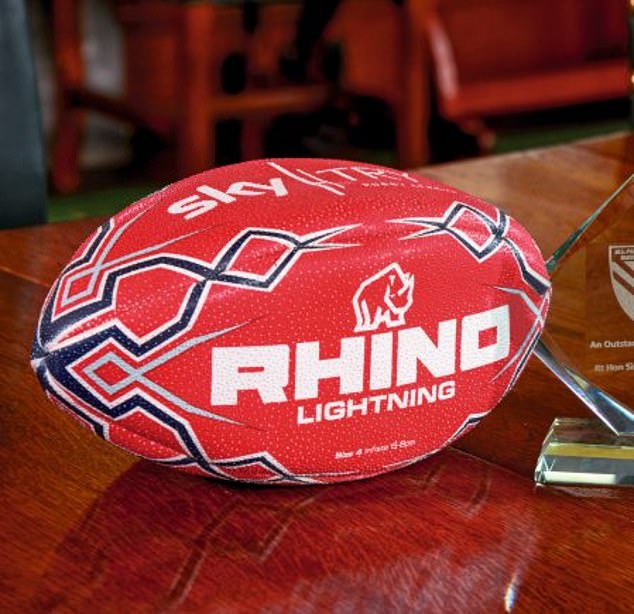 ‘I’m a big fan of that great Northern sport, rugby league, and was chairman of what was Chorley Rugby League Club for several years’, says Sir Lindsay, adding: ‘So I like having this ball around’

My fluffy ginger Maine Coon cat, Patrick, has been part of the family for 11 years, and when he’s here he enjoys one of the best views in London from my window. When I became Speaker my wife and I discovered we had mice in the office, and he caught a couple.

He’s since become ‘Chief Mouser’ in the corridors of power, and he’s even been loaned out to the Foreign Secretary, Dominic Raab, to tackle a mouse problem in his office.

As told to York Membery. Sir Lindsay is a supporter of Diabetes UK (diabetes.org.uk)