My house was stolen after fraudsters intercepted my mail

My four-bedroom house in South London is my most valuable asset.

But I never dreamed that one day a fraudster would be so bold as to try and steal it from under my nose.

Ordeal: Angela outside the home she had to reclaim as hers after crooks intercepted her mail and stole her identity

I did not even think it would be possible for anyone but me to transfer ownership to another person — yet that is exactly what happened.

And while it seemed to be easy (and lucrative) for a criminal to put their name on my home, it has been a four-month battle to get mine put back on.

I first noticed something was wrong when I returned to my home in Sutton in mid-September after spending three weeks with my mother in Wales.

My letterbox had been taped up and an ugly metal postbox fixed to my front door. 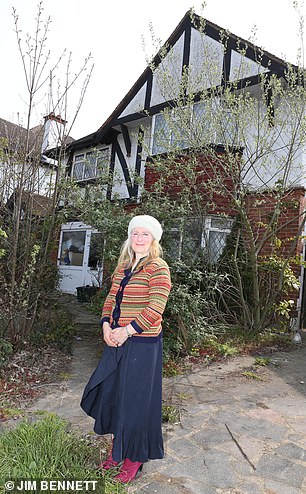 I could only believe someone was trying to intercept my mail to steal my identity. The police were informed but they did not send anyone to investigate.

Intercepting mail is a serious offence, and had they conducted an inquiry I could have joined up the dots sooner.

The incident remained in the back of my mind, but it was not until I received a letter from the Land Registry two months later that I discovered the real reason my post had been targeted.

The letter was entitled ‘Completion of Registration’ and went on to state that the property now belonged to a total stranger called Catherine Agnes Walder.

Someone had stolen my home! After the reality sank in, I felt frightened and feared for my safety.

With a house worth this much, what lengths would they go to get me out of the way?

So-called property title fraud is not new and is on the rise.

After the reality sank in, I felt frightened and feared for my safety

When I contacted the Land Registry, I was told a solicitor in Tooting had verified a woman as me when she went to him to transfer my property to her. 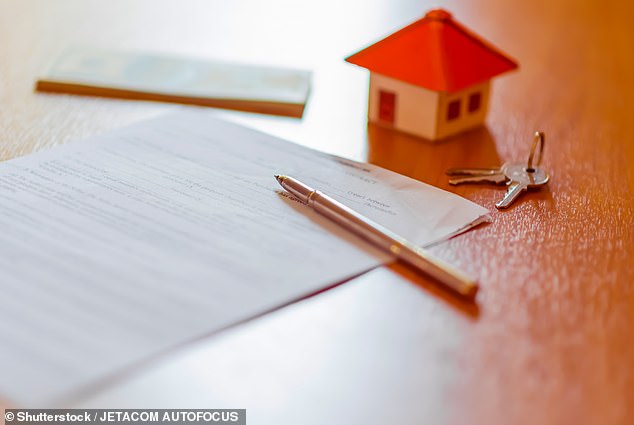 As no response was received, the Land Registry approved the fraudster’s application, apparently from me, on November 2.

The first I knew that my property had been stolen was when I received the completion of registration notice later in November — once again, not sent by tracked post.

The fraudster had also paid the £80 transfer fee by postal order, which does not require you to have a bank account, securing their anonymity.

The last time I saw one of these was in the 1960s. The Land Registry acknowledged the unusual payment method, but says it still accepts them.

What followed was a battle to get my home back, and at times it felt like the law was on the criminal’s side. The Land Registry viewed the issue as a ‘civil matter’ rather than fraud.

It says the ‘current registered proprietor’, aka the fraudster, would need to be asked if she objected to my name being put back on the register.

She had offered no address to the Land Registry other than mine. Had they sent the paperwork to me, the matter would have been over.

Yet the Land Registry went out of its way to track her down, dragging out the process by another three weeks.

I was told that, had the fraudster lodged an objection, the ‘parties’ would have to negotiate as to who rightfully owned my house, which could take months.

If we reached deadlock, the case could go to the Lands Tribunal, dragging out the process even longer. Thankfully, matters never got that far.

The fraudster must have realised the game was up, as she offered no objection to me reclaiming my house. And on February 25 this year, I was told it was mine once again.

I was the victim of a very serious fraud. I might have been days away from having my house snatched and let or sold without there being anything I could do about it.

After all the time spent on this, and the distress, I believe I deserve compensation. Yet the Land Registry has neither apologised nor admitted it let a fraudster slip through the net.

A spokesman said: ‘HM Land Registry is doing all it can to minimise the risk of property fraud and to maintain the integrity of the Land Register.

‘Our counter-fraud unit works closely with the police. Since 2009, HM Land Registry has prevented 279 fraudulent applications, representing properties valued in excess of £133,431,543.

‘If someone is defrauded of their registered property, our state indemnity means they will usually be compensated for any resulting loss.’