‘My impression is football is no longer a priority’: Fabio Capello on Gareth Bale and Real Madrid

Fabio Capello has a curious connection with Real Madrid. Twice he has been the manager there and twice he was sacked after only a season. And yet he has twice won LaLiga with the Spanish giants.

The Italian will always remain inexorably linked to Real but now, aged 73 and retired from coaching, he surveys the scene at the Bernabeu from afar.

It has been an era of change and upheaval in the last 18 months. The shock resignation of Zinedine Zidane after three straight Champions League wins was followed by Cristiano Ronaldo’s exit and the short-lived reigns of Julen Lopetegui and Santiago Solari, before Zidane made a stunning return last season. 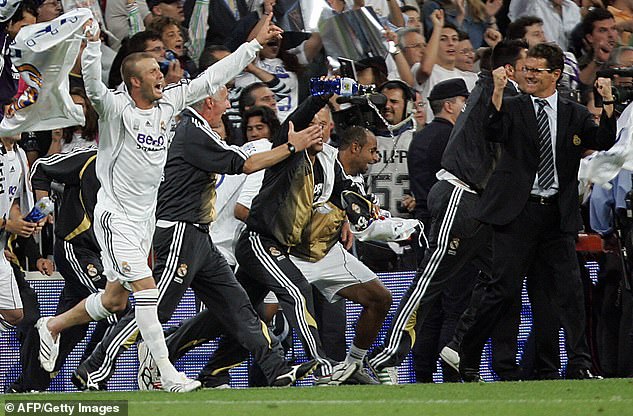 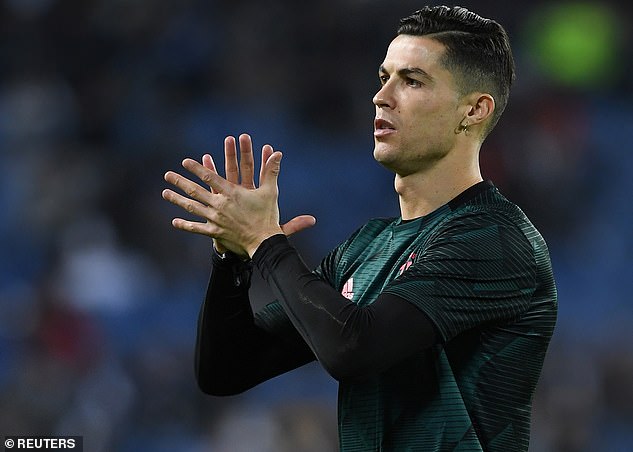 Now, there are encouraging signs of recovery and victory over local rivals Getafe means they are top of LaLiga once again, though Barcelona have a game in hand.

‘Cristiano is fundamental for every team (he plays in),’ Capello told Sportsmail. ‘Real Madrid suffered from his farewell and while (Karim) Benzema took his place, they lost a mental and technical leader.’

Ronaldo’s departure was supposed to signal the emergence of Gareth Bale in centre stage but the Welshman has, if anything, drifted further away from being the main man at the club.

Zidane even tried desperately to sell him in the summer but the closest Bale came to a departure was a move to China that fell through at the eleventh hour.

‘Bale is a potentially fantastic player,’ Capello said. ‘My impression that football is no longer a priority in life. Bale seems to me a distracted player – I like him a lot, he’s strong and fast, perfect for modern football.

‘If you want to be a champion today, though, you have to be 100 per cent attentive and focused only on your sporting life.’ 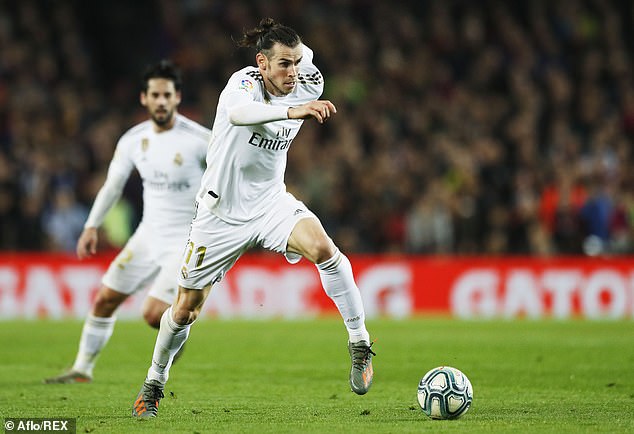 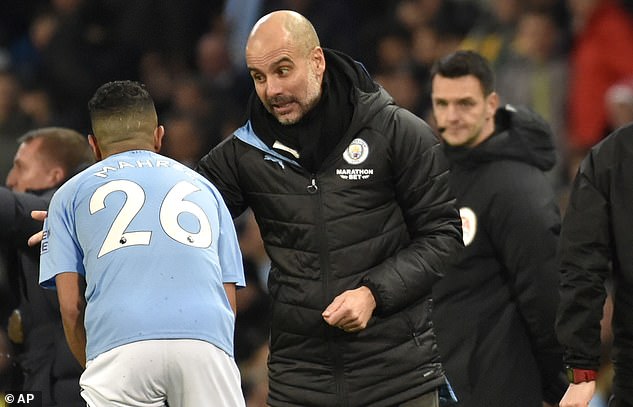 Real and Bale will soon be gearing up for a Champions League clash with Manchester City in 2020. City, of course, are managed by Pep Guardiola, the man who propelled Barcelona to an unprecedented style of dominance that football had not really seen before.

‘It will be a super game, very hard fought,’ Capello said. ‘Manchester City have not chosen to focus on the Champions League by neglecting the Premier League – it is simply not going very well in England at the moment.

‘It’s disappointing and the results say it. They were my favorite team for how they ended up winning the Premier League in the 2019-20 season. I didn’t think (Jurgen) Klopp could put so much distance between Liverpool and Guardiola.’

With Liverpool carving out such an emphatic lead over City in the Premier League table, is it right to say City are purely going to focus on the Champions League?

‘We don’t say b******* but we can’t hide the problems that City have now. I can assure you that you never choose, maybe there is a preference but this preference is born in April, not at Christmas,’ Capello said. 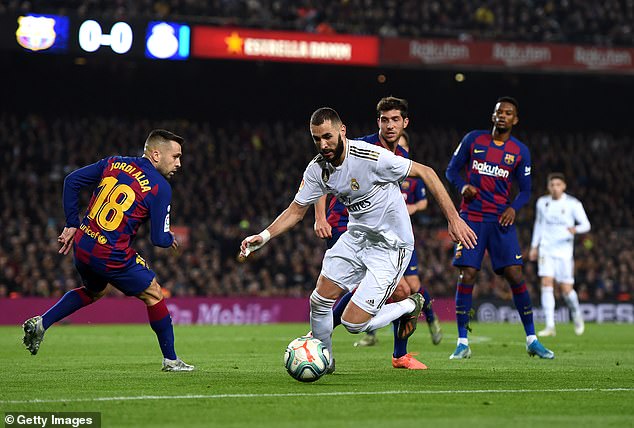 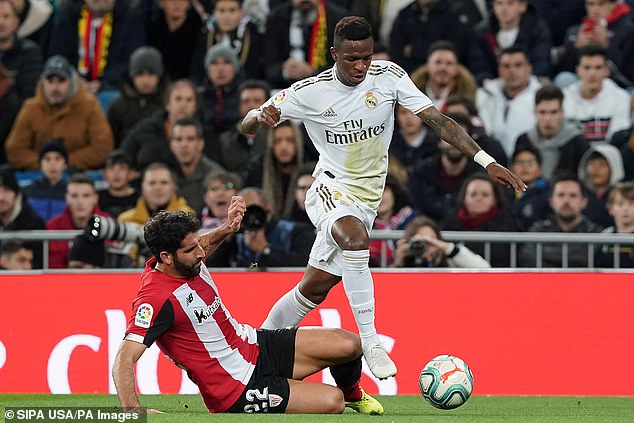 Capello also believes that youngsters like Vinicius can hurt City, especially in the first leg

He believes that if Real are to emerge victorious over two legs against City, Zidane will have to utilise the blend of youth and experience in his squad.

‘Real Madrid will have to allow young players to be 100 per cent in February (the first leg), like Vinicius,’ Capello explained.

‘Away from home, they have Sergio Ramos and a Benzema who is much more concentrated since Cristiano Ronaldo left. But City have time for Aguero to recover to 100 per cent.

‘On the other hand, the defence is weak, especially in the centre. It will be a nice match. In attack City are superb, perhaps superior.

‘Real Madrid must think that at the Bernabeu, they can send City into crisis. That stadium is perfect for assaults in the penalty area.’ 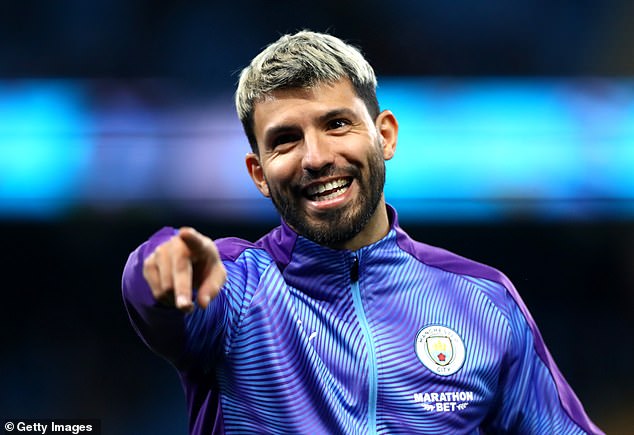 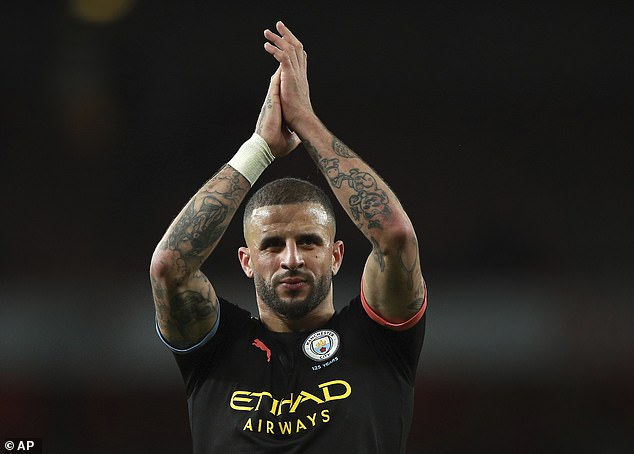 Capello may think City’s defence is brittle but he is a fan of full back Kyle Walker and understands how Guardiola has decided to stick with the right back, despite signing another defender he rates in Joao Cancelo.

‘Walker has physique, determination, running, physical and mental strength. I really like it,’ Capello said.

‘Cancelo may have disappointed but it is difficult to stand out next to Walker. We must understand that the Portuguese is very technical but that Walker is not inferior to him.’

Real host City in the first leg at the Santiago Bernabeu on February 26. The return leg is March 17.