My life through a lens: Mariella Frostrup, 59, shares the stories behind her favourite snaps

My life through a lens: Author and broadcaster Mariella Frostrup, 59, shares the stories behind her favourite snaps

Celebrities share the stories behind their favourite snaps. This week it’s author and broadcaster Mariella Frostrup, 59.

Author and broadcaster Mariella Frostrup, 59, (pictured) shared the stories behind a selection of her favourite photographs 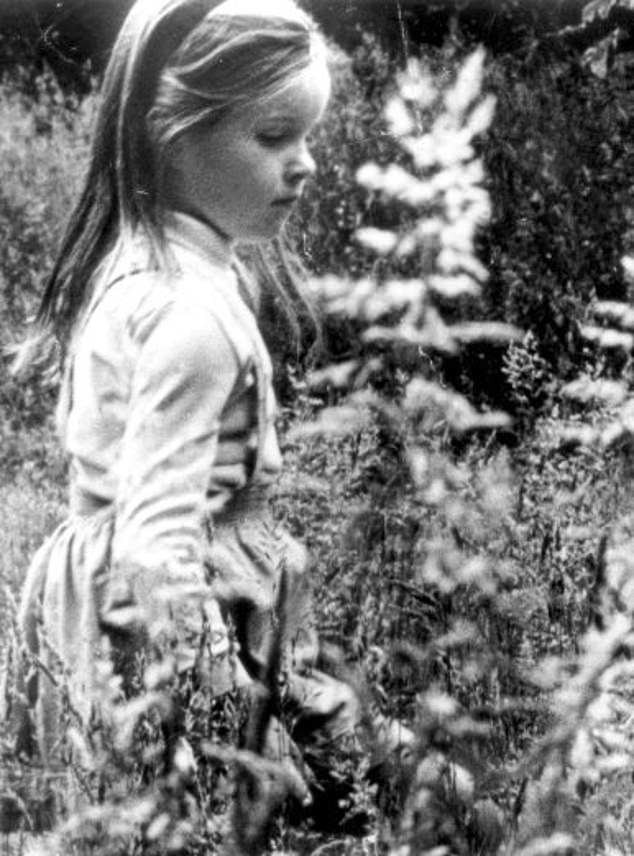 1969: I was born in Norway and moved to Ireland when I was six – this photo was taken shortly after we arrived. My Norwegian dad Peter was a journalist, and my Scottish mother Joan was an artist. They bought a converted stables in the grounds of a deserted, burnt-down hotel with once-beautiful, overgrown gardens, where I was free to run wild and explore. It was fabulous 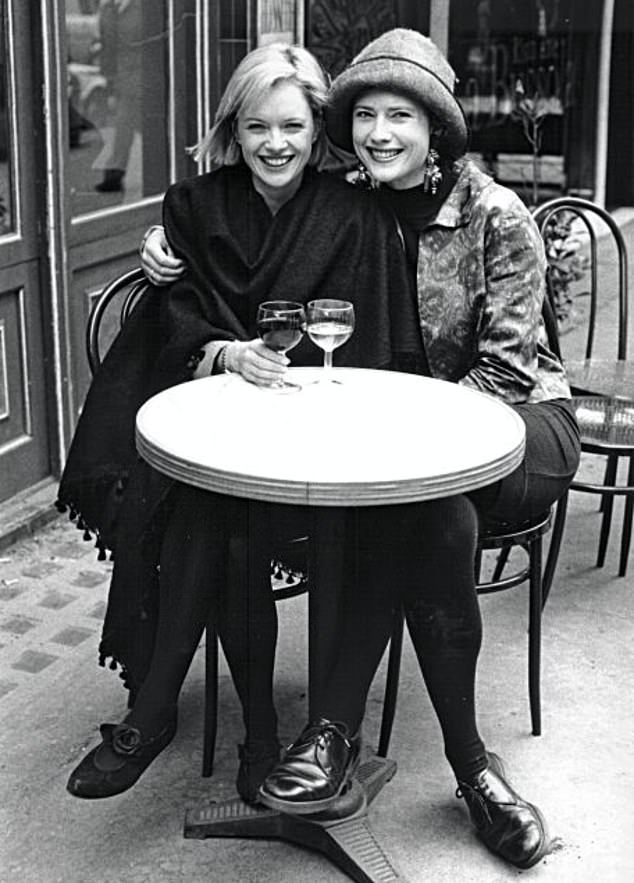 1989: Here I am with Jo Shinner, my co-host on Channel 4’s music show Big World Café. Before then I’d had a disrupted childhood. My parents split up and I lived with my father, who was an alcoholic and died when I was 15. I left school just before my 16th birthday and moved into a squat in London, working as a waitress, for a recording studio and then in PR for a record company 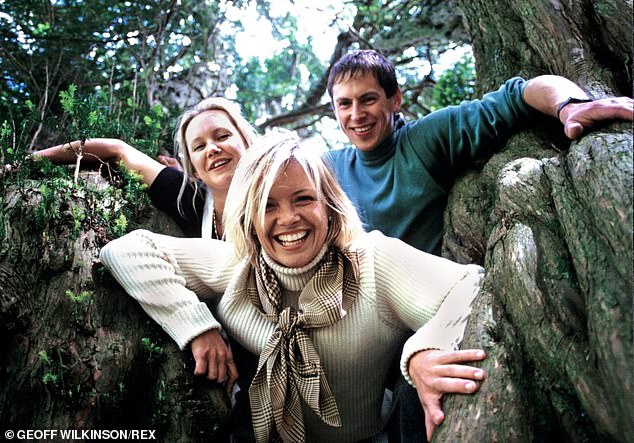 1994: My brother Aksel, sister Danielle and I are pictured here visiting the estate in Ireland that lay behind the house where we’d lived all those years ago. I was only there for about three years and yet in my mind’s eye that’s home. As children the wilderness we played in had seemed huge – it was like a magical world we inhabited as feral beings. When we went back we were astonished to find that it was just the size of a large garden. To us it had been a continent 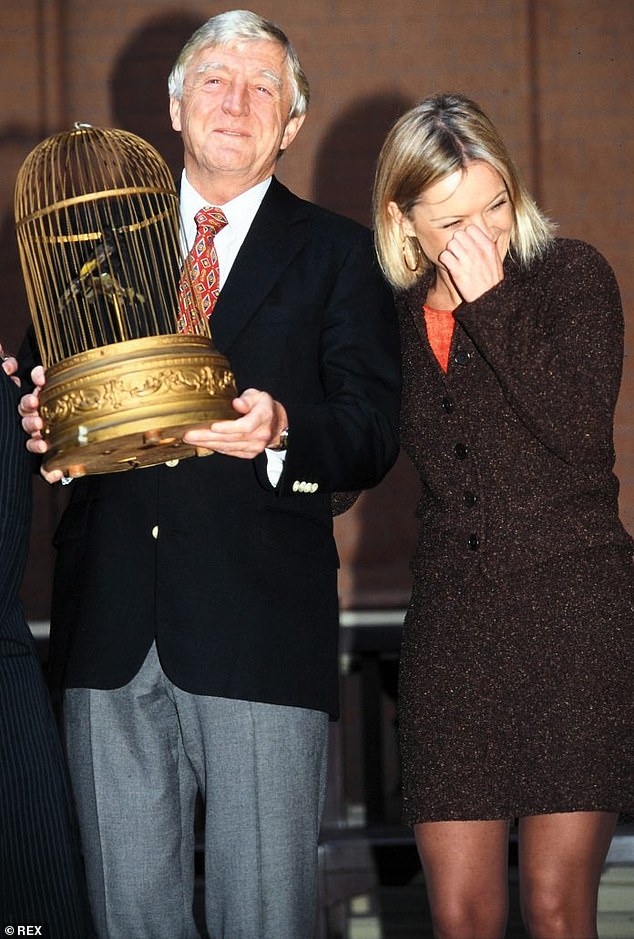 1996: Hosting the BBC antiques quiz show Going For A Song [pictured] with Michael Parkinson was wonderful. While filming we’d spend two nights a week in a luxury hotel in Birmingham and go to the local arts centre to watch movies together. We became very good friends and remain so. Michael was an absolute hero of mine because his chat show remains a blueprint for perfection. It always felt unrehearsed and was based on meticulous research of the characters who he interviewed. He made the talk show I always wanted to do myself but have never yet managed 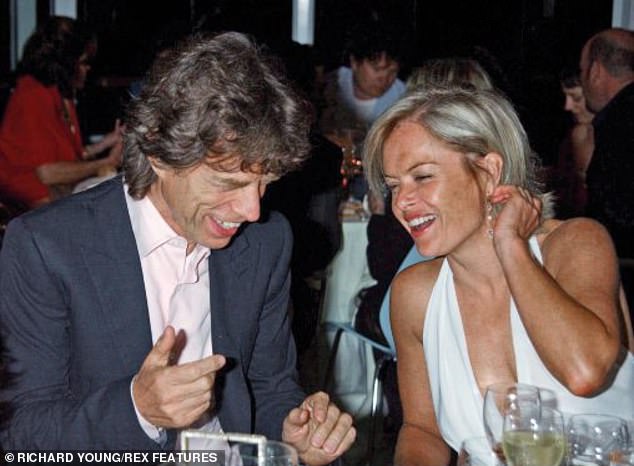 2002: This photo of me and Mick Jagger is a favourite of mine as it sums up the excitement of the Cannes Film Festival, which I’ve attended every year for more than two decades since I began presenting film programmes on TV. Mick is a dear friend and I was so happy that year as I got to sit next to him at the Vanity Fair party at the Hotel du Cap, where this picture was taken. That was such a fun night 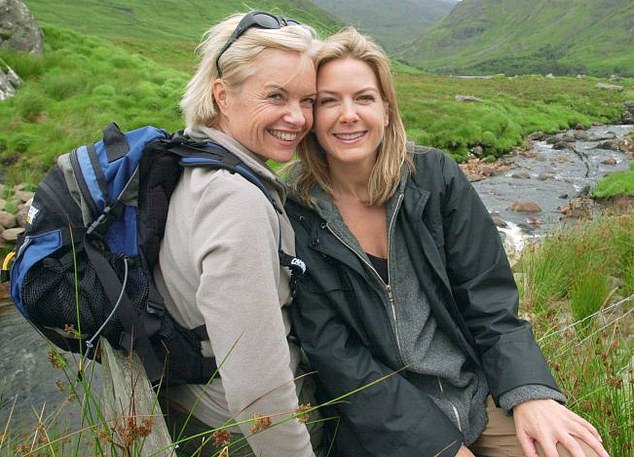 2002: TV presenter Penny Smith is one of my favourite travelling companions and funny as hell. This picture was taken in Ireland but we’ve also been to Machu Picchu, and I met my husband, human rights lawyer Jason McCue, while in Nepal with her. I thought he was quite irritating but we met up again back in the UK and decided we really liked each other. It was like a 1940s comedy where everyone else but us saw that we were going to go out, while we were thinking, ‘Not on your life!’ Penny saw it immediately 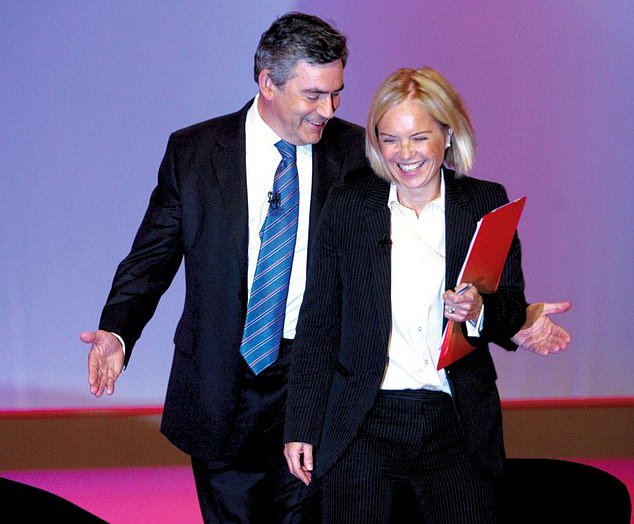 2007: It was a huge compliment to be invited to chair a question and answer session with then prime minister Gordon Brown at the Labour Party Conference. Having spent years battling the insinuation that I was a vacuous blonde, it felt as if I was finally being judged by my work, not my hair. Although much maligned for the short-lived nature of his premiership, I think Gordon Brown truly was a forward-looking, international man with his heart in the right place – a grown-up politician with a long-term world view. We could do with more of such people 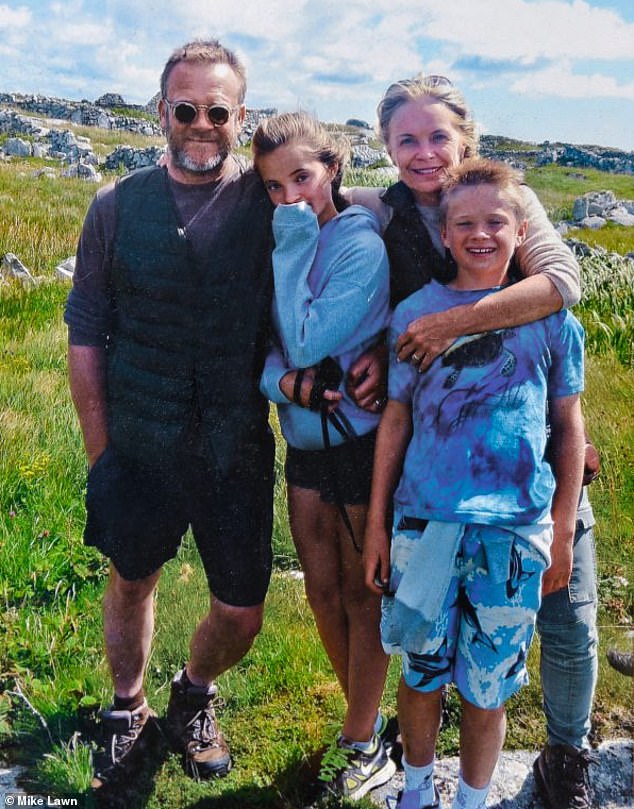 2017: Jason and I are pictured here in Connemara in Ireland with our children Molly and Danny, now 17 and 16. As a kid I spent an idyllic summer there with my mother. She wanted to rebuild the cottage she and my dad had bought, but the dream collapsed. The builder was no good and my mother lost the money she’d invested. I took my family to see this glorious place and to find what was left of the cottage, which I would like to bring back to life one day

As told to Yvonne Swann. Mariella’s book Cracking The Menopause While Keeping Yourself Together is out now (Bluebird, £20)