My lightbulb moment: ESPA founder Susan Harmsworth reveals the inspiration behind her business

My lightbulb moment: ESPA founder Susan Harmsworth reveals the inspiration behind her business

By Liz Hoggard for the Daily Mail

Susan Harmsworth, MBE, 76, founded global wellness brand ESPA in 1993 before selling it in 2017. Twice divorced, she lives in Surrey and has two sons and six grandchildren aged 24 to ten.

In my early career, I worked as deputy editor for Vogue. I then moved to New York and, later, Toronto with my first husband.

There was no magazine industry to speak of there, so, aged 25, I opened a hair and beauty salon with more than 80 staff.

Susan Harmsworth, MBE, 76, (pictured) who lives in Surrey, founded ESPA in 1993, after spotting a need for luxury retreats and wellness centres

When I returned to the UK, I ran Grayshott Hall hotel in Hampshire for several years while my two sons were at school locally, before setting up my own consultancy in 1988, designing products, treatments and spas.

I started Espa as a ‘total spa’ company in 1993. Back then, spas were no-frills health farms. I wanted to create a chain of luxury retreats and wellness centres.

We went away from the traditional salon model of nail bars and blow-dries to focus on holistic treatments. Stress was becoming a huge issue; people were flying more and technology had started to dominate our lives. I believe prevention is the best way forward, so we integrated complementary medicine into the business, bringing in naturopaths, osteopaths, acupuncturists and physios. We also manufactured the most natural products we could find.

When I launched the company, I was a single mother. Several times I nearly lost my house as I funded the venture myself. But it paid off.

In 2010, I was made an MBE and, seven years later, aged 72, I sold the business, planning to take things easier. It was only when I heard about a friend’s spa experience that I was inspired to return. 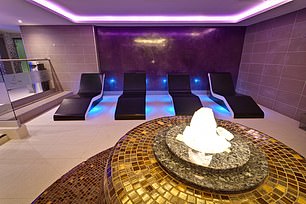 She had terminal cancer and was bought a spa day by three friends. They all went along, but she was told she couldn’t have any of the treatments owing to her cancer. It turns out many cancer patients are turned away due to a lack of understanding and training.

I came up with the idea of introducing a new industry standard — qualifying therapists to treat cancer sufferers, and providing clarity and confidence for consumers.

I got 14 leading names in the spa and wellness industry together to create the independent, not-for-profit Standards Authority for Touch in Cancer Care (SATCC).

We launched last September, providing a direct way to find SATCC-accredited, safe, welcoming salons, spas and therapists who offer treatments for those touched by cancer — from diagnosis to remission.