Aidan Turner’s topless scything won him legions of female fans – and Mariella Frostrup has admitted she is among those looking forward to seeing the Poldark star shirtless on our screens again.

However, the presenter said that, while her praise for the 34-year-old’s appearance is seen as acceptable, a man speaking about an actress in the same way would be criticised as sexist amid the #MeToo movement.

The BBC broadcaster, 55, admitted double standards and said women were lucky to be able to express their views in such a way.

Mariella Frostrup said: ‘The levels of excitement in my house for the return of Poldark are seriously high’

Miss Frostrup was writing about the fourth series of the BBC programme, which begins next month, in which Turner, playing Ross Poldark, is rumoured to emerge topless from the sea.

She said: ‘The levels of excitement in my house for the return of Poldark are seriously high. Naturally, I admire the sumptuous Cornish seascapes, the elevated drama, the cliffhanger plotlines and all-round entertainment offered by the series.

‘But in truth it’s none of those admittedly equally enticing elements that have got my adrenal glands pumping.

‘Instead it’s the promise of an opening scene to rival many manifestations of Bond, from Sean Connery to Daniel Craig, that’s got my pulse racing – with a shot of a shirtless, sea-soaked Aidan Turner, emerging from the white-capped waves of the Atlantic.’

Miss Frostrup, who presents BBC1’s The Big Painting Challenge and Radio 4’s Open Book, added: ‘As a woman, I can own a comment like that without too much fear of censure. 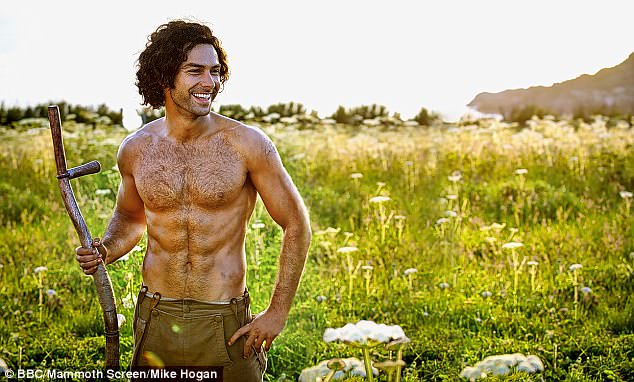 The broadcaster said: ‘The levels of excitement in my house for the return of Poldark (starring Aidan Turner as Ross Poldark, above) are seriously high’ 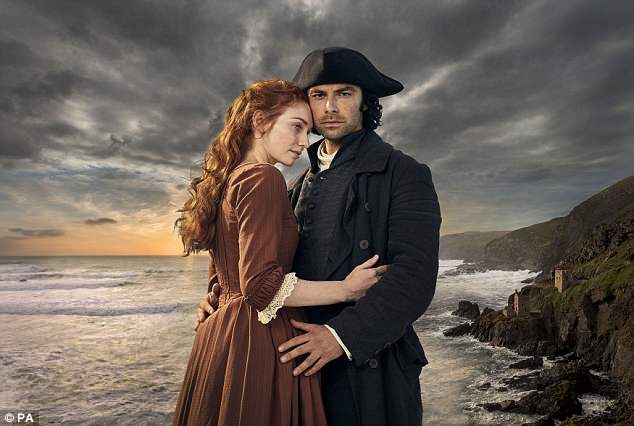 ‘Indeed, there’s an undeniable sense of celebration among my girlfriends at the return of this sultry, tormented character, embodied by a delectable young thespian pleasing all viewing generations. 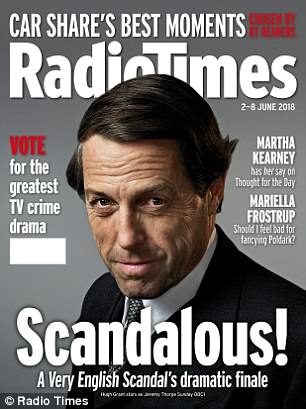 The mother of two has written about #MeToo in Radio Times

‘But we live in confusing times and I’m the first to admit to double standards. If a male colleague had penned those preceding lines about any of Turner’s equally appealing female co-stars, his cries of contrition would be drowned out by Twitter’s Troll Chorus.’

Writing in Radio Times, the mother of two added: ‘I fear we are losing not only our sense of humour but our sense of proportion as we throw every act of perceived sexism into the #MeToo basket.

‘There’s an enormous difference between judging a person’s worth only on the basis of their physical assets and expressing admiration for a fellow human with God’s gift (allegedly) of good looks.

‘The human form has provoked desire and artistic celebration since we crawled from the primordial swamp and evolved far enough to stop, look and admire. Was Michelangelo sexist for carving out his vision of male perfection in solid rock?

‘Admiring Aidan Turner should be an acceptable national pastime, as a thumbs-up for the glories of humanity and another for his engaging performance.

‘Certainly, his looks were part of what earned him the gig and that makes perfect sense to me.

‘A small, swarthy Ross Poldark with ruddy cheeks and a beer belly would be a disappointment, even if it were truer to life.’

Why #MeToo became a success

The #MeToo movement has taken off because many are not comfortable with the term ‘feminism’, according to a leading historian.

Cambridge lecturer Dr Lucy Delap said the success of online hashtags such as #MeToo and #TimesUp was because they avoid the word ‘feminism’.

At the Hay Festival, she said: ‘Some people will always say feminism is not a term for them and not an agenda they feel comfortable with. I actually think one of the reasons we have seen a profound change in the last three or four years has been because of the success of hashtags that aren’t using the word feminism.’