My moment: Beauty entrepreneur Jo Wood takes us back to when she was 16

My moment: Beauty entrepreneur Jo Wood takes us back to when she was 16

By Charlotte Pearson Methven For You Magazine

In our new series, the stars take us back to a significant time in their lives. This week: beauty entrepreneur Jo Wood on the year she started modelling.

ONE TO WATCH This photo (below) was taken when I became The Sun’s Face of 1972. It was a big deal and I went on TV. I remember being asked what was on trend and saying, ‘The natural look.’ Whatever that means! I was over the moon to wear this Biba dress. I still collect Biba from vintage shops. 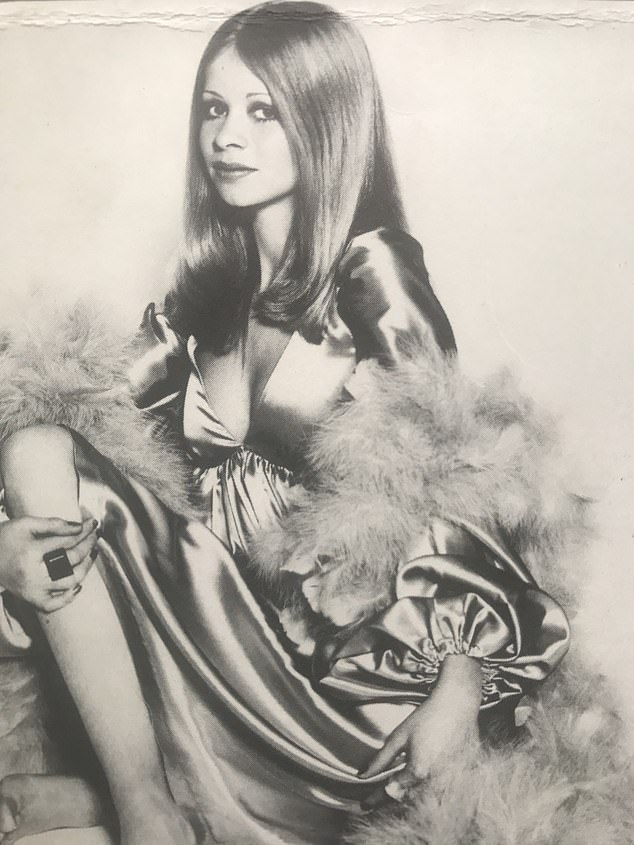 MY ROLE MODEL I was desperate to be like Twiggy. My mum and dad asked a photographer called Robert Hallmann to take some test shots of me that I could show to an agent. This was one of them, taken near Basildon, Essex, where I grew up. I love that I’m here with a little squirrel. 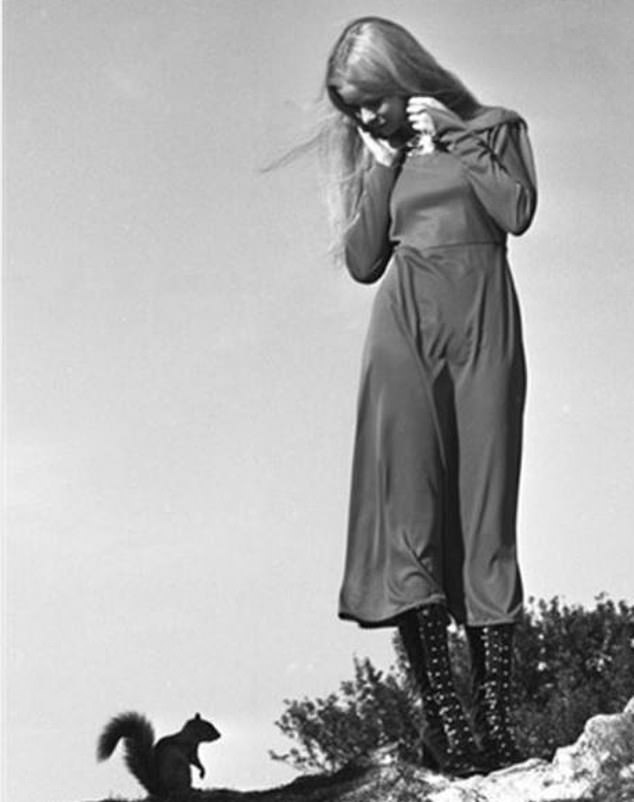 Role models: ‘I was desperate to be like Twiggy,’ says Jo

I WASN’T SHY I began modelling in the summer after leaving school and was voted the Face of 1972 just before Christmas. I never felt overwhelmed by the attention. I jumped at the chance to wear bikinis and a fur coat without a bra. 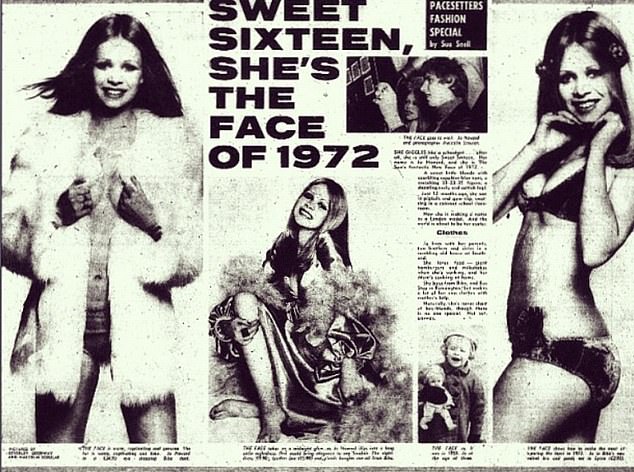 Jo was voted the Face of 1972 just before Christmas

DAD’S ADVICE When I told my dad [pictured below] I wanted to be a model, he said, ‘Model is another word for prostitute!’ But when I became one he was proud of me. He was obsessed with Lambrettas and asked me to pose on one. I love the hotpants I’m wearing – they’re in again now! 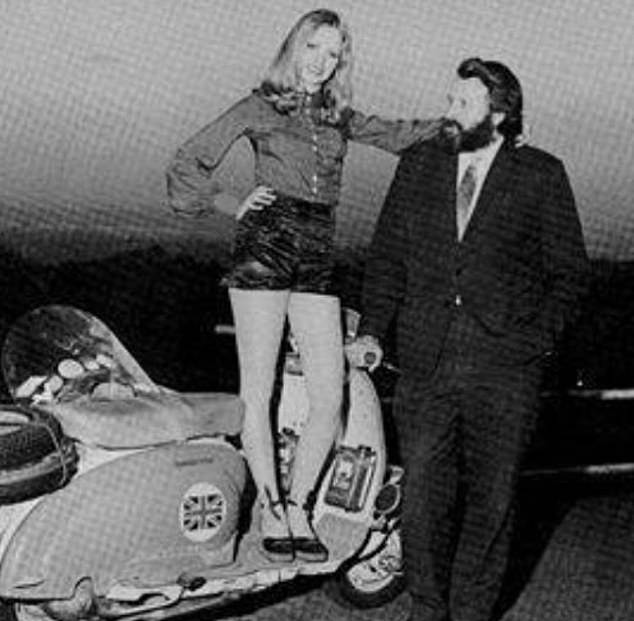 Jo posing with her dad on a Lambretta

I STARTED YOUNG I began going into London aged 14 to do a modelling course. Looking back, it was quite brave. I wouldn’t have let my daughter do it but my mum had three younger children to look after, so she couldn’t take me. 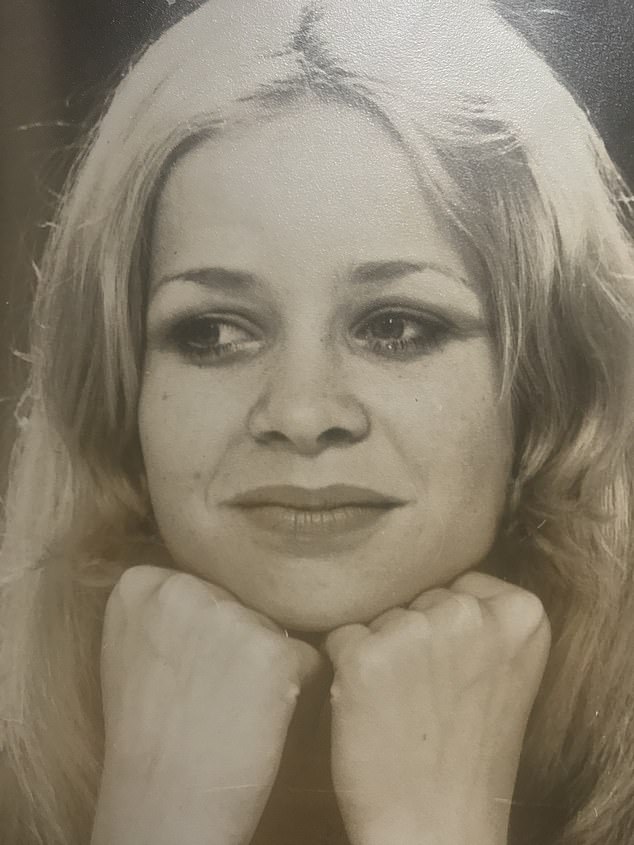 A TASTE OF THINGS TO COME This was taken in Southend, Essex. As a model I was going out to restaurants, clubs and parties – it got me used to the life that I’ve ended up living.

FINDING MY OWN STYLE I look a bit like Twiggy in this fashion shoot for the Daily Mirror, but the more I worked the more I developed my own identity and stopped wanting to ‘be’ her. 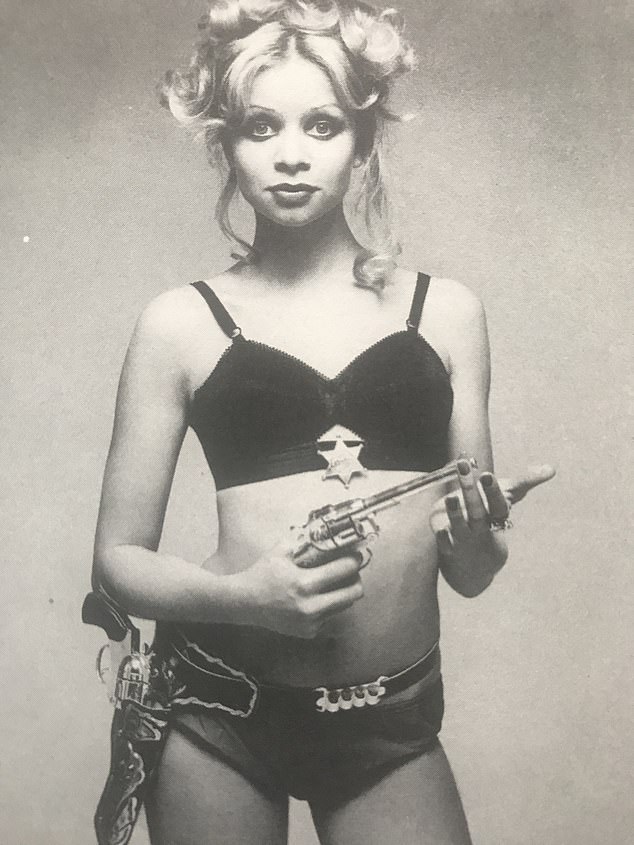 Jo in a fashion shoot for the Daily Mirror