Joan Collins’s acting career spans eight decades and she was awarded a damehood for her services to charity, but have her children suffered along the way?

For the Dynasty star’s only son, Alexander ‘Sacha’ Newley, is to publish an extraordinary book about his childhood in which he will detail the ‘emotional trauma’ he endured.

The 51-year-old portrait painter has given the book the provocative title Unaccompanied Minor: A Memoir and his publisher, Quartet Books, suggests he will not spare his famous mother’s blushes. 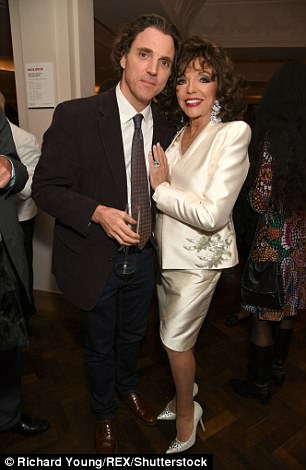 Narcissist? Joan with Sacha and Tara in the Sixties, left, and right, with Sacha recently

‘Born with a famous name to an unhappy marriage, Alexander Newley is the son of the Hollywood stars Joan Collins and Anthony Newley,’ the publisher says.

‘Their life was one of almost unparalleled privilege and glamour but under the glossy veneer there was trouble: drugs, infidelity, insecurity and emotional trauma.

‘Both Joan and Anthony were infantilised after being thrust into the spotlight so young, rendering them ill-equipped to care for Alexander and his sister Tara when they were born.

‘This book, written with humour and compassion, tells the story of Alexander’s nomadic childhood; the disintegration of his parents’ marriage; and his battle to make sense of the past.’

Two years ago, Sacha hit the headlines when he revealed in an interview that he had been left in the care of a nanny, Sue Delong, who would gain almost sexual gratification from her physical methods of disciplining him.

He said: ‘There was a lot of S&M. She wouldn’t just sit on me, but sit and grind me into the carpet. 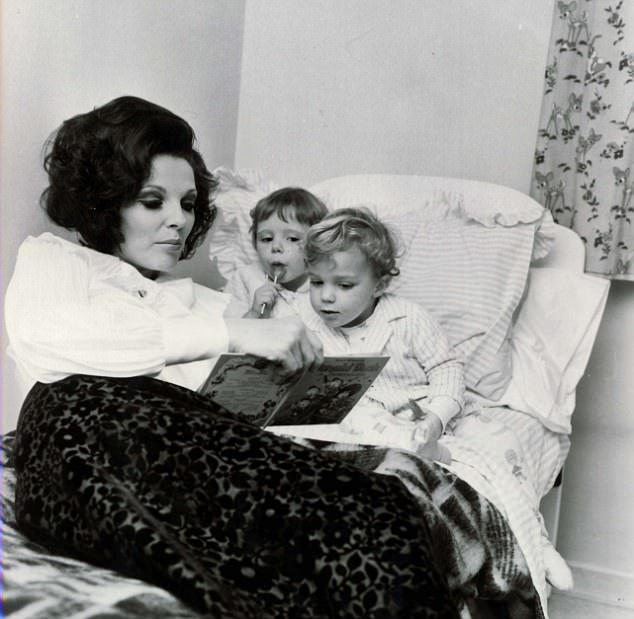 For the Dynasty star’s only son, Alexander ‘Sacha’ Newley, is to publish an extraordinary book about his childhood in which he will detail the ‘emotional trauma’ he endured

‘It was like the relationship boys might have with their older brothers, but in my case it was with a woman who was employed, so it had a different frisson about it.’

Ms Delong later committed suicide after being fired from a series of jobs.

Sacha said he loved his mother ‘deeper than I can process’ but added that he had a strained childhood relationship with her and described her as a ‘narcissist’ who ‘abandoned’ him and his sister Tara, now 53.

Sacha — whose late actor/singer father, was the second of Dame Joan’s five husbands — said: ‘I can’t remember her hugging me, but that doesn’t mean it didn’t happen. I just wanted Mummy to love me. She nourished me in a way a muse nourishes; at a distance.’

Naim Attallah, chairman of Quartet, tells me: ‘I was totally seduced by his honesty which, I think, will touch so many readers.’

Dame Joan appears to have reacted with typical sangfroid. ‘The book was discussed with my mother beforehand,’ Sacha insists. ‘She has read it and likes it very much.’

While fashionable chef and food writer Yotam Ottolenghi jets around the world promoting his new book, Sweet, the mood has turned sour at his flagship restaurant NOPI.

The Soho eaterie has failed a hygiene inspection, with officials handing it a dismal two out of five in the ‘scores on the door’ food hygiene ratings. They list a catalogue of failings, including the same vacuum-packing machine being used for preparing raw fish and cooked foods, a blocked basin and a dirty ice machine.

Ottolenghi’s spokesman insists: ‘NOPI has worked with their health and safety consultant to ensure all issues have been immediately rectified.’ 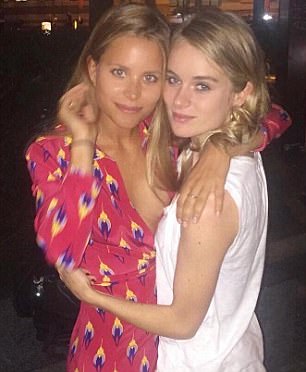 Cressida Bonas has complained that she is still referred to as Prince Harry’s ex, but soon she might be known for her acting skills.

The 28-year-old’s performance in Mrs Orwell at London’s Old Red Lion Theatre has been praised by critics and the sold-out play has been such a success that it will be transferred to the bigger Southwark Playhouse next month.

‘So proud of you little snip,’ her friend, the hotel heiress Irene Forte, 29, told Cressie this week.

Some critics have unkindly suggested that at 75, Sir Paul McCartney has lost his voice. Now you can help him out.

The former Beatle is offering the chance to sing Get Back with him during a sound check at a New York concert next month, to raise cash for charity. All you need is love — and a big cheque.

Confession of the week

Impressionist Jon Culshaw appears to be abusing his talents. The mimic admits he has used his skills to secure better service when ordering takeaways.

He says: ‘Sometimes, if I order in the style of Donald Trump or Piers Morgan, people might put the phone down, but if I order as David Attenborough, Paul O’Grady or Alan Carr everything is often delivered with extra toppings.’