Myleene Klass  looked chic as she stepped out with her daughters Ava and Hero to a screening of Doctor Strange In The Multiverse Of Madness, on Tuesday.

The presenter, 44, looked effortless stylish in an animal print midi dress with a chest baring cut-out and leg split at Cineworld in Leicester Square.

Posing for photos on the red carpet she was joined by Ava, 14, and Hero, 11, who rocked vibrant coloured hairstyles. 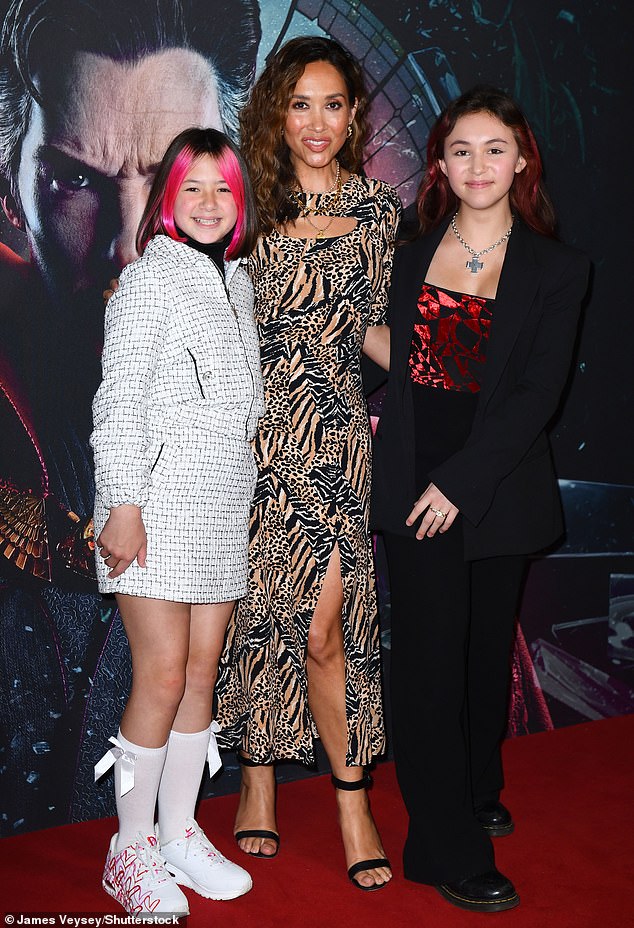 Adorable: Myleene Klass looked chic as she stepped out with her daughters Ava and Hero to a screening of Doctor Strange In The Multiverse Of Madness, on Tuesday

Myleene showed off her bronzed pins in the ensemble which featured striking leopard, zebra and tiger printed sections.

She teamed the piece with an array of gold jewellery and added a pair of black strappy heels to complete her outfit.

Her brunette locks were styled in voluminous waves as she opted for a sweep of brown eyeshadow and a nude lip gloss. 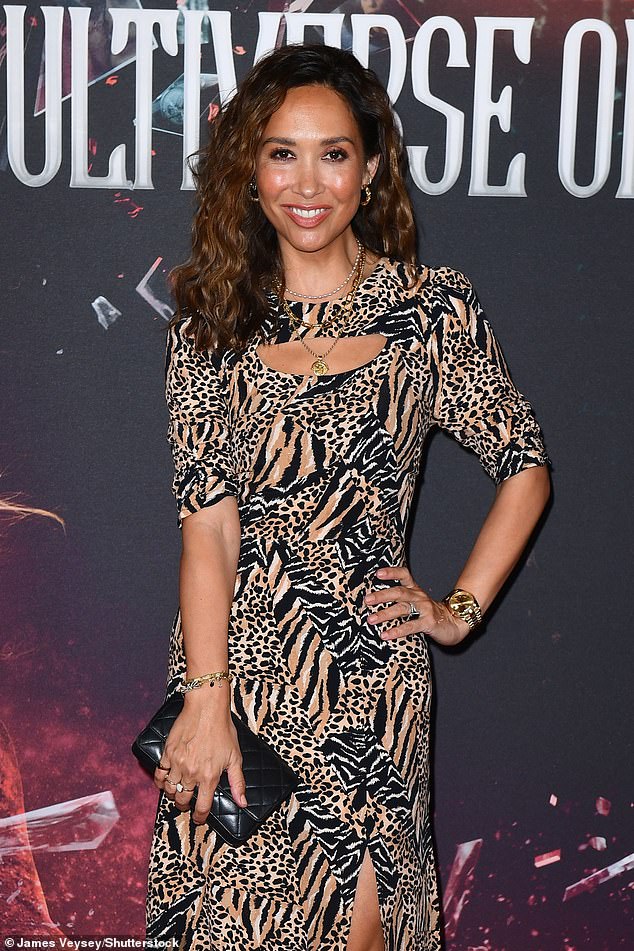 Glowing: Myleene teamed the statement piece with an array of gold jewellery and added a pair of black strappy heels to complete her outfit.

Myleene’s daughters put on a quirky display with Ava showcasing her red highlights and Hero looking adorable with hot pink front sections in her hair.

The outing comes as Myleene stressed the importance of teaching first aid in schools after saving both her daughters from choking.

The radio presenter recalled the moment she was caught off-guard when her daughter Ava choked on calamari while on holiday four years ago, and when Hero got a plastic star stuck in her throat when she was 18 months old.

Excerpts of her new book They Don’t Teach This At School were published in The Sun on Monday ahead of the tome’s release next Thursday, with the former Hear’Say star outlining the importance of basic survival skills in the text.

Safety first: The outing comes as Myleene stressed the importance of teaching first aid in schools after saving both her daughters from choking earlier in the day

She wrote : ‘A couple of years ago we were relaxing on holiday and my defences were down, so when Ava started to choke on calamari I didn’t immediately realise.

‘Hero choked on a small plastic star when she was one and a half.’

The Smooth Radio host went on to describe the mechanics of what to do if someone is choking, and even shared a step-by-step guide to performing CPR. 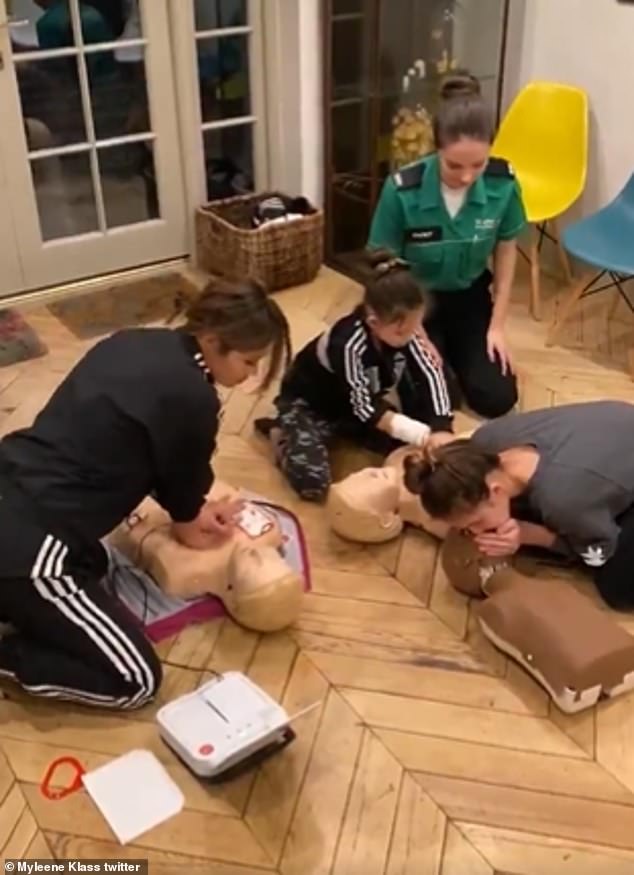 Scary: The musician, who recently shared a video of her family learning CPR, recalled the moment daughter Ava choked on calamari, and when Hero choked on a plastic star

Myleene’s book also touches on treating jellyfish stings and recognising the signs of a stroke.

She also reminds people to ‘stop, drop and roll’ if they become engulfed in flames, recalling the moment she jumped to the assistance of a woman when her hair extensions caught fire at the launch of one of her classical albums, and when the same happened to a member of a rival pop band at a nightclub.

Myleene, who also shares Apollo, two, with beau Simon Motson, has been vocal about the importance of teaching first aid in schools in the past and was a part of an awareness campaign with St John Ambulance last year. 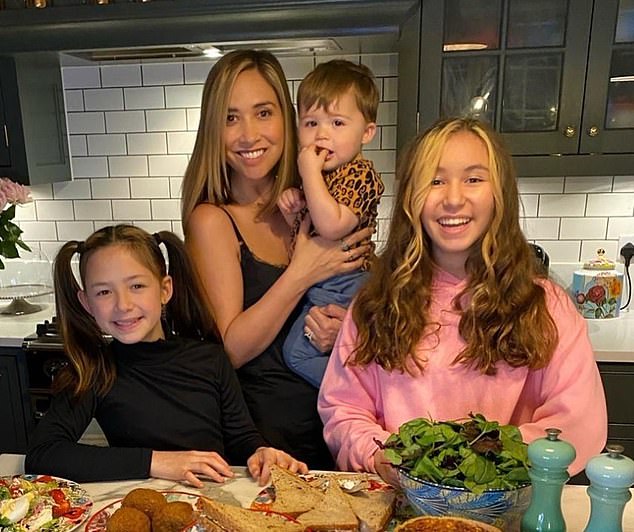 Family: Myleene spoke of the importance of being prepared for dangerous situations in a video (pictured with daughters Ava and Hero and son Apollo, two)