A mysterious medical condition has caused a man to be cruelly nicknamed ‘alien’ by local villagers.

Anshu Kumar, 21, from Jagatpur, India, is thought to suffer from multiple diseases that doctors have been unable to diagnose, leaving him with an enlarged head and deep-set narrow eyes.

His condition, which may be Jacobsen syndrome, also causes Mr Kumar to walk abnormally, have difficulty standing and be unable to grow any hair on his head.

Earning just £50 a month as a labourer, Mr Kumar is unable to afford to visit a specialist who may be able to finally diagnose his disorder.

Mr Kumar hopes the government will step in and help fund his treatment so he can live a normal life.

He said: ‘I look different and nobody likes me because of this.

‘I want to get normal so that I can marry soon.’ 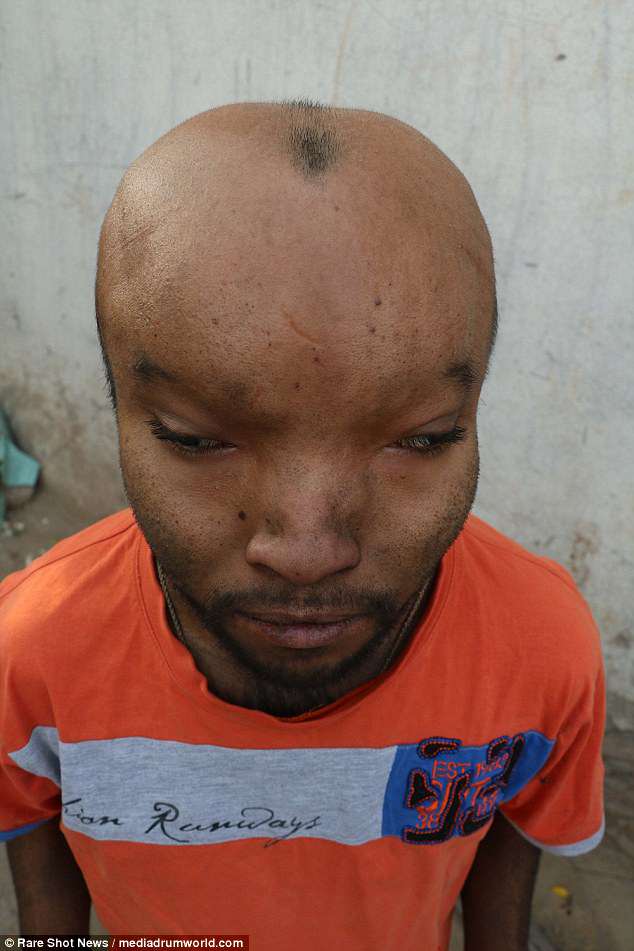 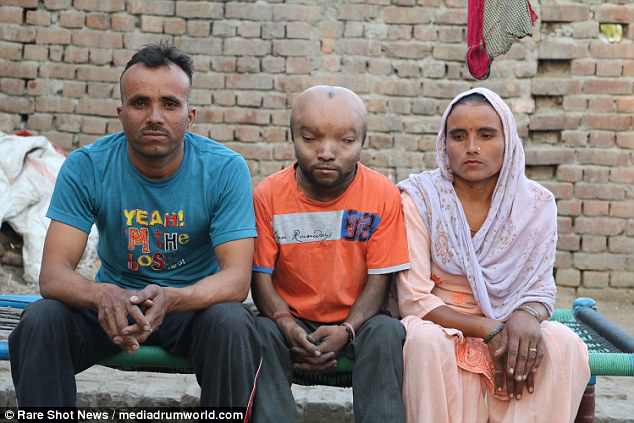 His parents Kamlesh (left), 46, and Rajendri, 38, (right) say they have almost lost all hope

WHAT IS JACOBSEN SYNDROME?

Jacobsen syndrome is caused by the deletion of several genes on chromosome 11.

This usually occurs randomly due to an error in cell division.

Jacobsen syndrome affects around one in 100,000 newborns.

‘Children are frightened by my looks’

Speaking of how people treat him, Mr Kumar said: ‘I always face sarcasm from people and after one Bollywood movie based on aliens, people started to call me an alien.

‘Whenever I travel to my village on the train people and children are frightened by my looks and keep their distance from me.

‘I ignore people but I cannot close my ears every time.

‘I feel unlucky and hope for a normal physical shape.’

Mr Kumar’s father Kamlesh, 46, who earns around £150 a month as a casual labourer, said: ‘Anshu was born with different physical traits and we took him to the local doctor but the doctor was unable to diagnose the disease properly.

‘We lost all hopes of recovery.’ 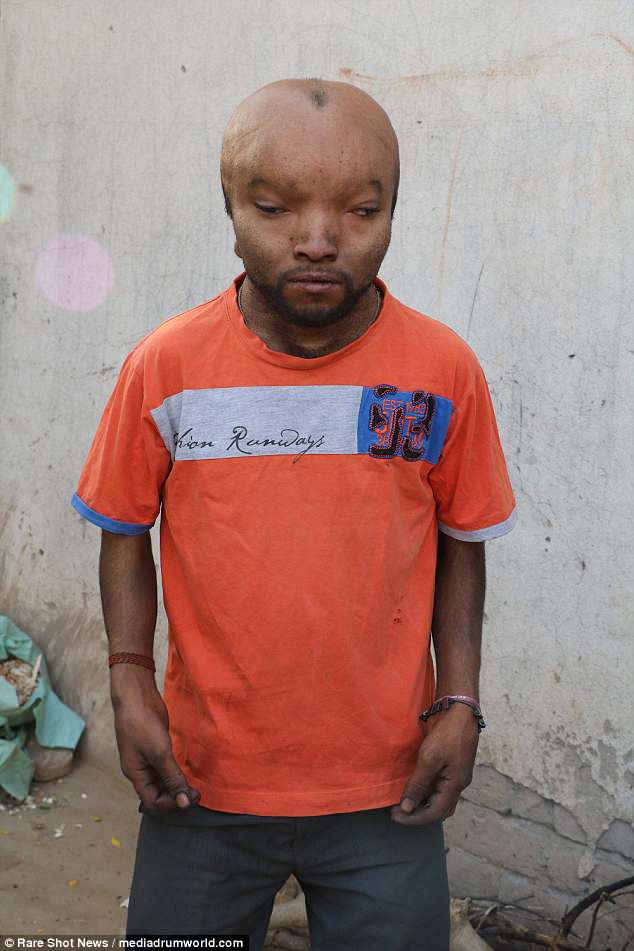 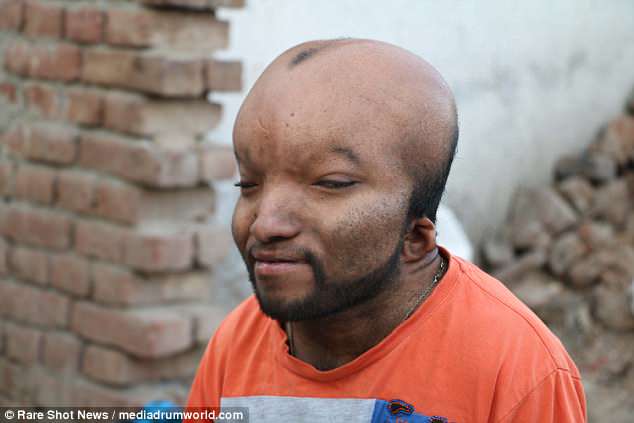 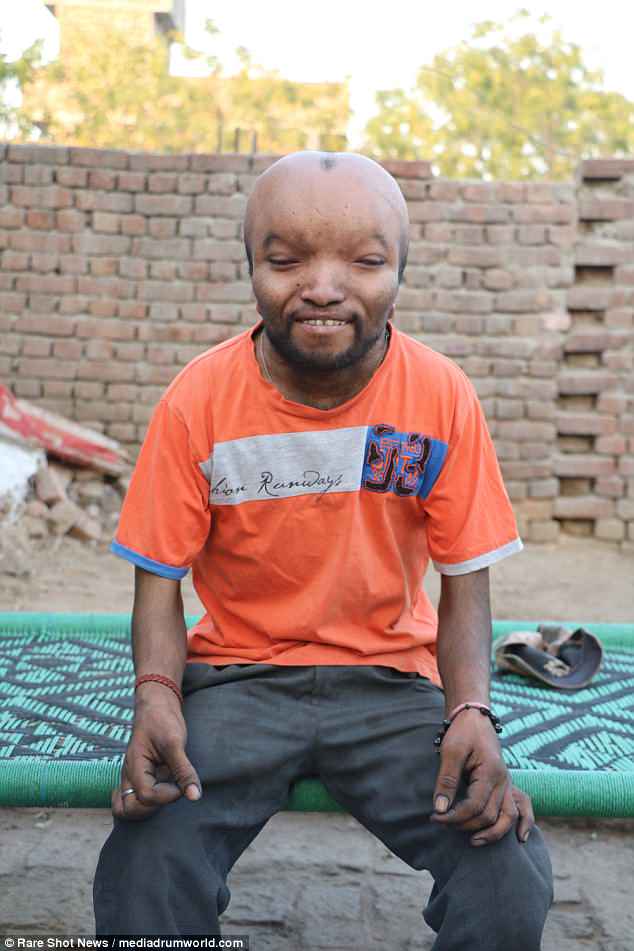 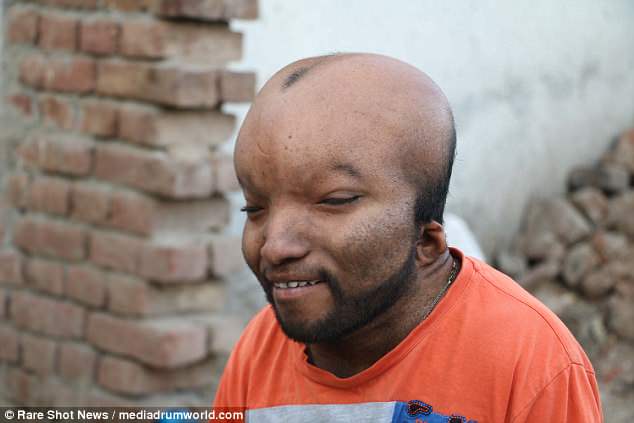 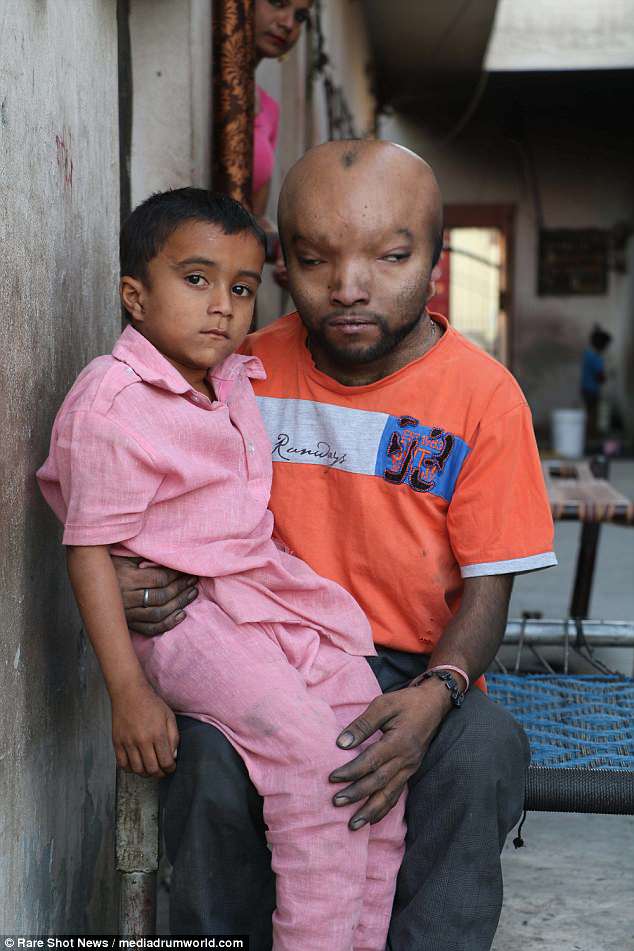 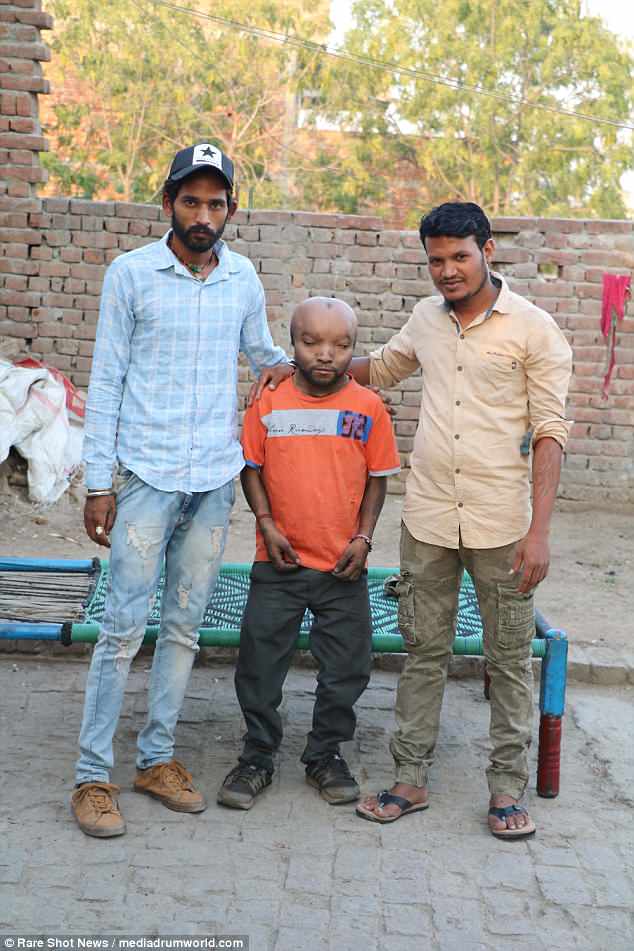 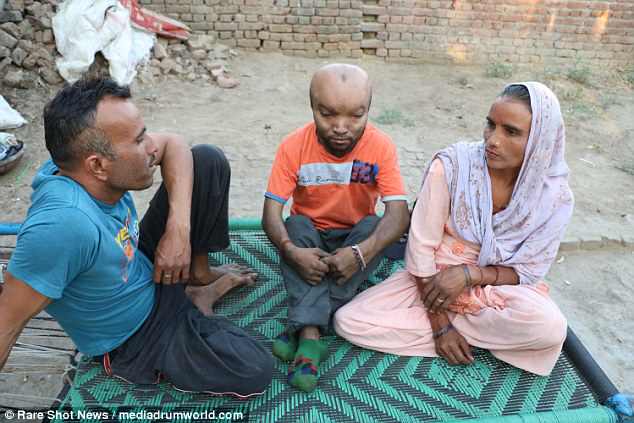