A baffling outbreak of hepatitis affecting children and spreading across the globe has crept closer to Australia with new cases reported in Asia.

The origins of the outbreak are unknown but there are now more than 169 cases of affected children in Europe and America.

The acute liver disease has now been detected closer to Australia in Japan, while Canada investigates similar cases.

The leading theory is viral infection, probably with a strain of adenovirus – a family of common viruses that can cause cold-like symptoms, including fevers and sore throats.

One kind of adenovirus commonly causes acute gastroenteritis, and there have been reports of it causing hepatitis in immunocompromised children, but never previously in healthy children.

The adenovirus was found in at least 74 of the infant hepatitis cases worldwide, while 20 cases had Covid-19. There were an additional 19 cases that were co-infected with Covid-19 and the adenovirus.

Public Health Scotland’s director, Jim McMenamin, said work was underway to establish if the adenovirus involved had mutated to cause more severe disease, or if it could be causing the problems ‘in tandem’ with another virus, including possibly SARS-CoV-2, the virus that causes Covid-19.

Infectious diseases expert Professor Peter Collignon said children who weren’t exposed to typical viruses due to two years of Covid lockdowns could be at risk of the condition.

‘If you get infections when you’re very young, you seem to have better immune protection,’ he told Daily Mail Australia.

Professor Collignon warned of the key signs families should keep an eye out for, saying the disease causes a range of unpleasant symptoms from dark urine to fatigue and joint pain.

‘Basically hepatitis is inflammation of the liver, so you go a yellow colour, the whites of your eyes go yellow and you often feel unwell,’ Professor Collingnon told Daily Mail Australia.

The yellowing of the skin and eyes, known as jaundice, is caused by higher levels of bilirubin, also associated with the darkening of urine.

‘If anybody has hepatitis the only way to know that is to do a blood test, but what makes you suspicious is that they’ll feel unwell, they’ve got a tinge of yellow in the whites of their eyes and their urine has gone a darker colour.’ 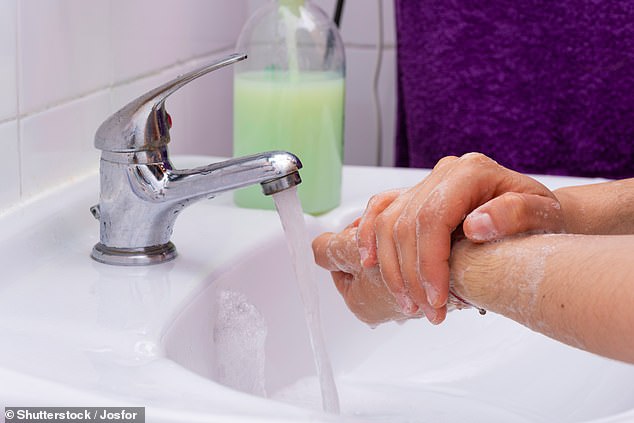 The best way to protect your family, Professor Collingnon said, is to ensure children are following good hygiene practices like washing their hands (pictured) before eating food

Among the varieties of the disease – hepatitis A, B, C, D, and E – some are transmitted blood to blood, others can spread like Covid through the respiratory system.

Types A and E travel via the ‘faecal-oral route’ where they can spread like cholera through faecal material, fingers, food and even via flood waters.

Professor Collingnon said if the the current hepatitis strain circling the world is from an adenovirus, it could be spread via the faecal-oral route or the respiratory route.

‘It may be a mixture but we don’t know enough about this particular strain that may or may not be causing it,’ he said.

Professor Collingnon believes in the short term the best protection for families with young children is to stay away from others who are sick and maintain good hygiene standards.

‘The bottom line is that you need to have good hygienic practices all the time,’ he said.

‘What it means is washing your hands before you eat and avoiding contaminated water… that decreases your risk of the faecal-oral transmission.

‘The thing for the respiratory route is mainly to keep away from people who are sick and be outdoors more than indoors.’ 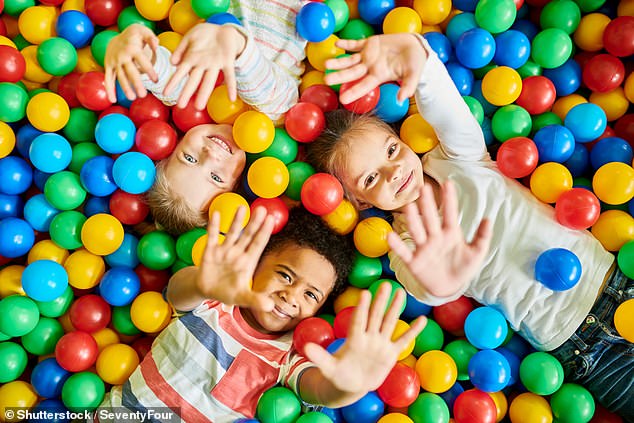 Health officials in the UK are investigating 108 cases of sudden-onset hepatitis in children since the beginning of the year – eight were so ill they had liver transplants, the BBC reported.

The European Centre for Disease Control also said a number of childhood hepatitis cases have been detected in Denmark, Ireland, the Netherlands and Spain. There are also nine new cases in the US.

Professor Collignon said there has not as yet been a spike in hepatitis infections among Australian children but warned ‘it’s entirely possible it could happen’. 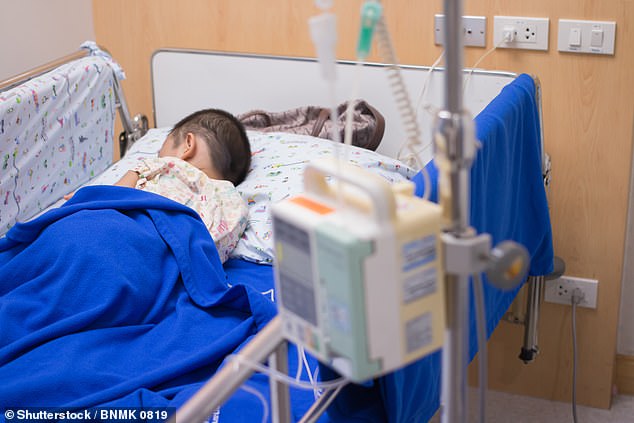 ‘The BBC article is speculative – these are theories and they will be explored,’ he said.

‘Hepatitis is a serious condition and we do need to sort it out.’

None of the impacted children were vaccinated against Covid-19, ruling out any link between vaccines and hepatitis.

Despite the rise of hepatitis cases internationally, Mr Collignon said the number of people who have the condition is still very small, but urged parents to watch for symptoms.

‘If anyone is worried, see a doctor or go to hospital,’ he added.

HEPATITIS: GROUP OF VIRUSES AND HOW TO AVOID THEM

Hepatitis is a broad term used to describe inflammation of the liver.

When the liver is damaged by viruses, alcohol, drugs or over-consumption of other toxins, people can develop hepatitis.

Some people can get hepatitis because their immune system stops working properly, though that situation is uncommon.

The varieties of hepatitis are A, B, C, D and E. The symptoms of all five viruses can be similar, but the main difference is the way they are transmitted and the effects they have on health.

B, C and D are severe blood-born viruses that can be fatal if left untreated. There is a vaccine for hepatitis B.

Hepatitis A and E are often spread when someone consumes food or drink contaminated with small particles of infected faeces. Symptoms can be serious, but short-lived, and patients usually make a full recovery.

To avoid A and E, wash hands thoroughly and practise good hygiene.