Health officials are trying to work out how a 30-year-old miner who didn’t leave his Outback town caught coronavirus before becoming the youngest Australian killed by the disease.

Nathan Turner, who had underlying health conditions, was found dead at home in Blackwater, Queensland by his devastated fiancee on Tuesday afternoon.

A post-mortem revealed he had the virus but mystery surrounds how he caught it because he hadn’t left the coal-mining town, which has zero cases, since February.

Officials are urging the town’s 5,000 to get tested. So far around 50 tests, including 18 of Mr Turner’s family and friends, have come back negative.

Investigators are probing whether an infected nurse who enjoyed an illegal 300km road trip to ‘watch the sunset’ in his town may have given it to him.

But Queensland Deputy Premier Steven Miles today said Mr Turner had symptoms before the unnamed nurse drove from Rockhamptom on 10 May.

‘The timing of that trip means it’s unlikely that she is the source of the infection, but it’s possible,’ he said.

The Commonwealth’s Deputy Chief Medical Officer Paul Kelly on Wednesday said Mr Turner had been suffering from coronavirus symptoms for three weeks, meaning the nurse could not have been the source.

‘He had three weeks of a respiratory illness prior to his death,’ he said.

Officials are also probing whether a FIFO worker may have given him the illness.

‘There is a significant fly-in, fly-out workforce, so all of that is being investigated as well,’ Queensland Chief Health Officer Jeanette Young said. 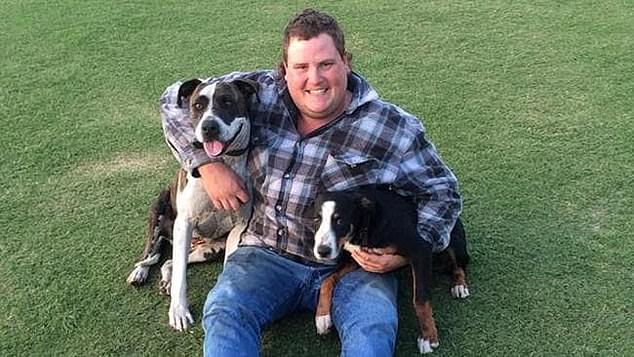 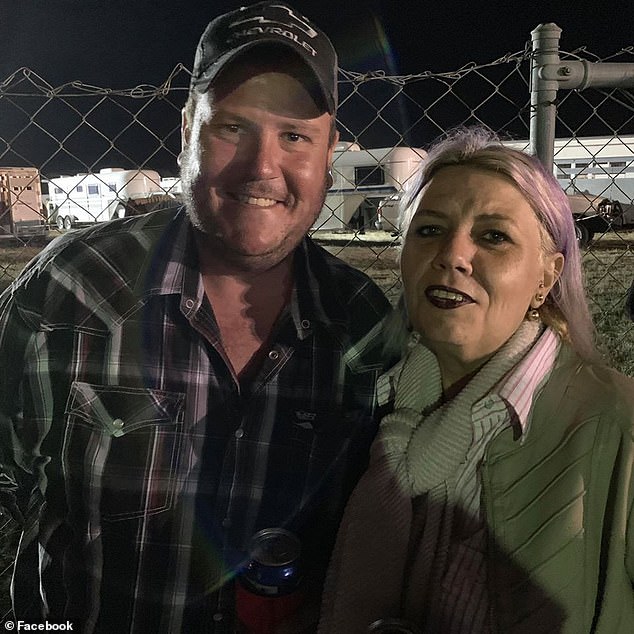 Another possibility is that Mr Turner did not have the virus at all.

A second test conducted on Mr Turner’s body returned a negative result for coronavirus – but Ms Young has rejected it.

‘It was contaminated with quite a bit of blood. So therefore, it wasn’t an effective test,’ she said.

Dr Young rejected suggestions that the first test was a ‘false positive.’

It was contaminated with quite a bit of blood. So therefore, it wasn’t an effective test

‘There was a test done which is a very sensitive test and it came back positive,’ she said.

Mr Turner had numerous health problems and had been off work since November.

He has been added to Queensland’s COVID-19 death toll and the national death toll of 103.

The nurse being investigated is already embroiled in scandal after going to work at the North Rockhampton Nursing Centre aged care home, despite having symptoms of the disease.

The woman has admitted going on an illegal road trip on May 10, driving 167km from Rockhampton to Blackwater to allegedly ‘see the sunset’.

She told health officials she had visited the mining town briefly to admire the views, but claimed to have not left her car.

She allegedly told authorities of her bizarre road trip shortly after her initial diagnosis, prompting questions as to why no one in the town was informed.

Local MP Brittany Lauga told the Courier Mail that the nurse, who is under investigation by the Crime and Corruption Commission, should be fined for breaking lockdown rules. 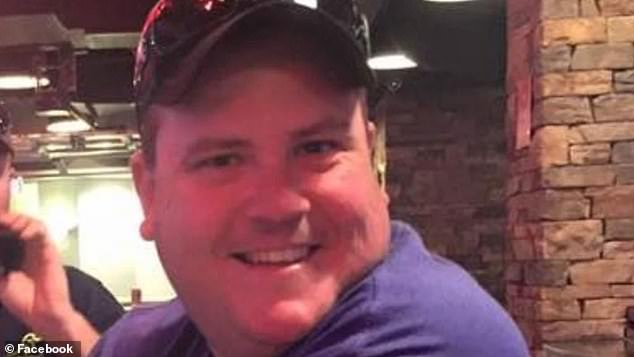 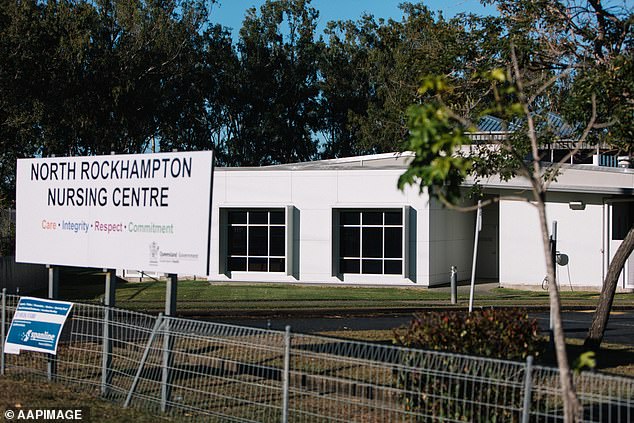 At this time, travel over more than 50km was only allowed for essential reasons, which would not include admiring a sunset.

‘It doesn’t make sense to anyone I’ve spoken to who lives in this region why you wouldn’t get out of the car, go to the loo or anything and we rely on people being honest with their contact tracing.’

It comes as Mr Turner’s devastated friends paid tribute to their mate, who had recently proposed to his girlfriend.

‘He was a larrikin and always the life of the party,’ one friend said.

A coal miner, Mr Turner had been off work since November after suffering from seizures and complex medical problems.

Tests were conducted after his death, as despite showing symptoms for three weeks, he had not been tested.

Fiancee Simone Devon, who discovered his body in their home when she returned from work at a local bakery, has since tested negative.

The bakery has been closed ‘indefinitely’, and Ms Devon is isolating at home before being tested again.

But reports on Wednesday night claimed there was uncertainty about Mr Turner’s condition, despite Queensland Health officials saying he died of COVID-19. 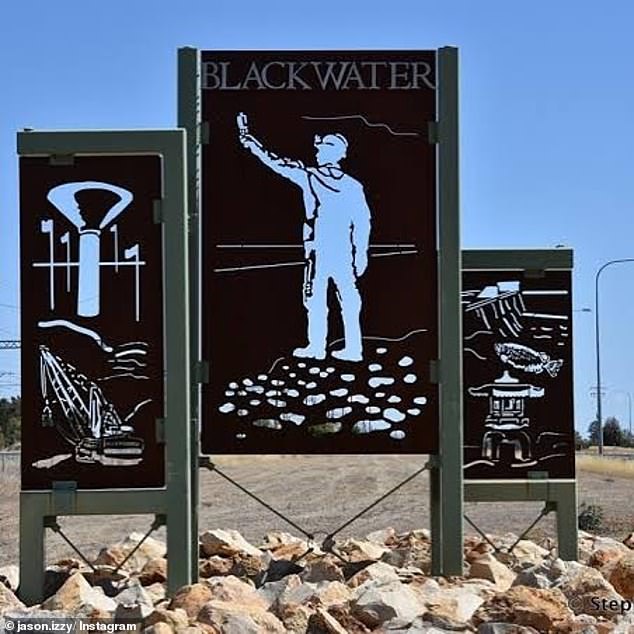 It is understood that a test conducted on Tuesday night tested positive for the virus, but a second test came back negative, with sources saying it was contaminated and therefore invalid.

A statement from Queensland Health said it had no evidence to confirm the two cases were related, but it is investigating all relevant information.

‘Contact-tracing information provided to Queensland Health for the central Queensland case identified on May 14 was that the individual travelled to Blackwater in the second week of May but did not interact with other individuals there,’ it said.

‘Information provided to Queensland Health about the case identified today indicated the man had respiratory symptoms since the first week of May. 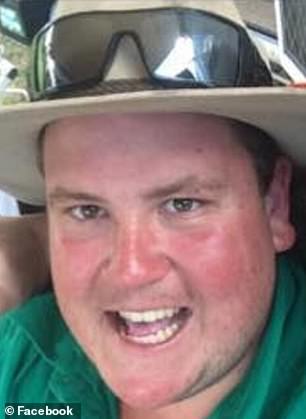 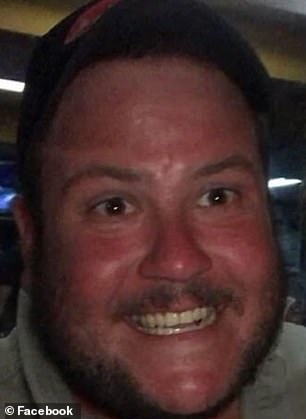 ‘At this time, no evidence has been provided to Queensland Health that links the two cases. But we will continue to assess all information relevant to any case.’ 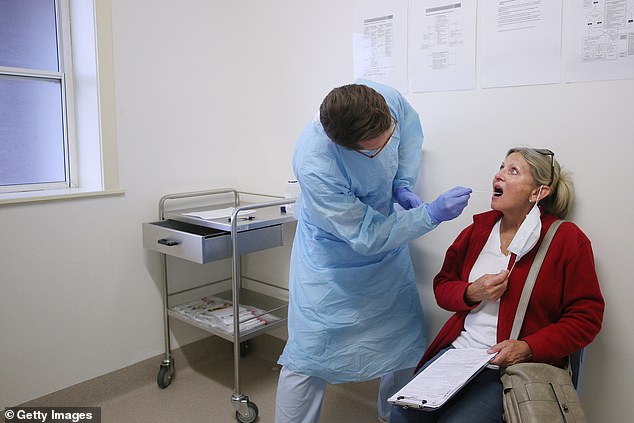 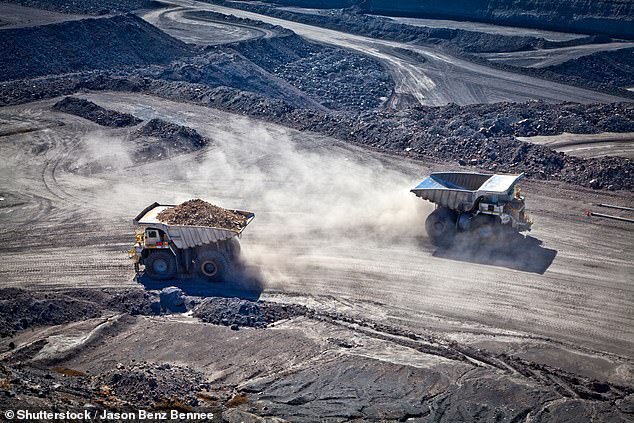 Mining trucks are seen in Blackwater (pictured) where Mr Turner worked, but had not been at work since November

Queensland’s Chief Health Officer Jeannette Young said it proves why anyone with symptoms should stay home, particularly if they have contact with vulnerable people.

‘It is very, very difficult to understand,’ she said.

‘The most important thing we can all do to protect each other is to stay at home if we’re sick.’ 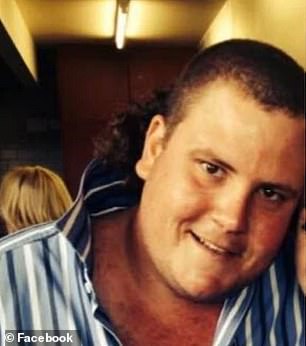 ‘He has a complicated medical history and that also needs to be worked through,’ she said.

‘Age is not a total predictor of people who are going to do badly.

Clinics have now been set up in Blackwater and Emerald so anyone with symptoms can be tested.

Deputy Premier and Health Minister Steven Miles urged ‘anyone in Queensland’ to get a coronavirus test.

‘This message is particularly important for all the blokes out there,’ he said.

‘I know that men sometimes fob off their illnesses, they don’t go and get medical assistance, but it’s incredibly important right now that anyone with symptoms goes and gets tested.’ 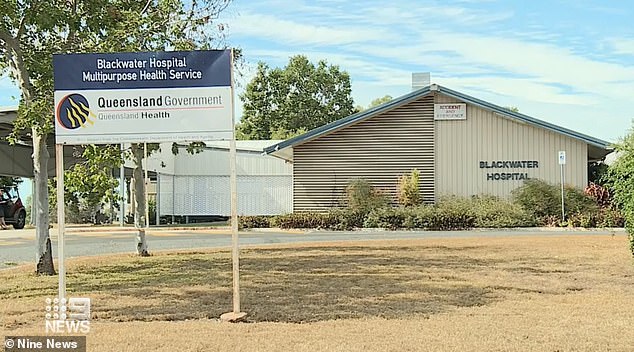 Residents in Blackwater (pictured) will now be tested for COVID-19, after an infected nurse admitted travelling to the town